Cheats, Tips and Questions for MultiVersus

MultiVersus is a free-to-play crossover fighting platform game on PlayStation 4, PlayStation 5, Xbox One, Xbox Series X, and PC that features Warner Bros. characters. Take a look at our cheats and tips to get help in the game. MultiVersus currently has a roster of 19 playable characters which you battle in 1v1, 2v2 or four-player battles in places that include the Batcave and a haunted mansion. Your objective in each scenario is to kill them by accumulating enough damage on your opponent that it makes it easier to send them flying into the void at the edge of the screen. 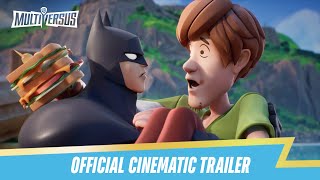 
Below is a collection of cheats and tips that will help you to progress in the game. These include why you should play the tutorials before you go online and why it is essential that you learn how all the characters in MultiVersus play. As well as these hints and tips, we also have a beginners guide here which goes into more details on some of the tips we have below:


It is advised that you resist the temptation of jumping right into the online action and instead spend some time going through the tutorials, especially the advanced tutorials which will teach you the fundamentals of some new mechanics MultiVersus brings to the platform fighting genre.

Practice at the Lab


All the characters in MultiVersus play differently, their normal and special attacks all have different ranges and speeds. It is therefore recommended before you actually enter online action you visit the Lab which is the game's practice area to become familiar with each of your character's unique abilities and attacks. At the Lab you will be able to figure out hitboxes, animation frames for attacks, and also the most effective way to play that character.


Today's Missions are daily objectives that are on offer that you can easily complete to earn experience towards the character you are using and the Battle Pass. The Seasonal Milestones also objectives that offer the same rewards but are earned over the duration of an entire season. Make sure you check these both out every day as completing them will not only grant you new levels of the Battle Pass but also help you unlock plenty of new cosmetics, perks, and Gold.

Learn how All the Characters Play


No two characters in MultiVersus play the same and to accomplish the Today's Missions that the game gives you it is essential that you become familiar with as many characters on the MultiVersus roster as possible as these daily objectives tend to involve having to win matches with a certain character or class. Take a look at our Character Tier List to find out who the best characters are in MultiVersus.


Use the Right Perks


Equip your character with perks in order to give your character a boost. It is important to keep in mind when equipping perks that you create the right loadout that not only makes your character stronger but also fits with your gameplay style. Although MultiVersus gives you an option for auto-equipping mods it is recommended that you experiment, so you find the right perks for you.

Microtransactions are Not Required


MultiVersus is a free-to-play game and as you would expect has microtransactions. Unlike other games you will still be able to unlock all the characters simply by playing through enough matches and earning Gold. Each character has their own Battle Pass and the only things that can be gained through them with microtransactions are cosmetics such as effects, profile pictures, emotes, and certain skins. Take a look at our How to get Gold Fast guide to find out how you can get this essential currency that is required to unlock characters quickly in MultiVersus.

Take a look at our Beginner Tips and Tricks page to get additional help in MultiVersus.

Latest updates to our guide:
How to Redeem Codes
Unlock Characters Guide
How to get Gold Fast
Gleamium Guide
Walkthrough / Guide 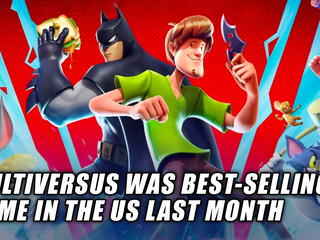 Multiversus has debuted as the best-selling game in the US last month despite being a free to play game. According to the data, the dollar sales were drive by sales of .. Read More

There are 29 trophies for MultiVersus on PlayStation 4.