Cheats, Tips and Questions for The Ascent

The Ascent is a role-playing game that is presented from a top-down view overlooking the characters(s). The game is a twin-stick shooter that gives you the ability to aim both high and low on enemy targets, allowing you to differentiate between shooting enemies closer or further away. The Ascent is a set in a cyberpunk world, the mega corporation that owns you and everyone, The Ascent Group, has just collapsed. Confusion and chaos ensue, security and order are in disarray, and without protection, everyone is left to fend for themselves. Stop gangs and hostile corporations from taking over and discover what really happened. The Ascent is available on Xbox One, Xbox Series X, and PC. Take a look at our tips to get help in the game. 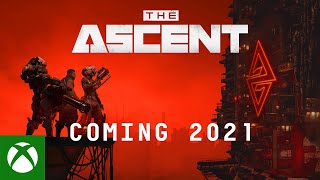 Scattered throughout the world of The Ascent are Train Stations, they can be found in every major area, and it is through them that you can fast travel to a previously explored area. In order to activate a Train Station, you simply have to interact with any train wagon or the station itself. Doing so will bring up a menu with a list of all the available areas, which you can be taken directly to. Take advantage of fast-travel to return to areas you have previously visited to unlock any chests or doors you missed.
There are 28 side quests in The Ascent, which you can unlock by wandering around the city between fights and talking to specific NPCs. It is recommended that you try to complete them all as they will help you to level up, get better gear, and gradually make the main missions and bosses easier to handle. If you are struggling to progress in the game, it may be because you need some XP to level up or cash to buy better gear, and the way to do that is to grind the side quests.
In The Ascent, you can avoid spending uCreds on the health packs and recovery items found inside of Vending Machines by shooting them to open them up. If you have enough upgrades, you can also use your Cyberdeck ICE hacking ability to grab the innards of vending machines if you don't want to waste ammunition. It is important to remember that if you use a vending machine, and you die and reload an area, the Vending Machine will still be empty. Therefore, it is recommended that you don't crack open Vending Machines unnecessarily.
Although you are encouraged to explore the areas you enter thoroughly, you also need to make sure you do not stray off the suggested path too much while doing so, as this will result in you being punished by encountering high level enemies. It is therefore recommended that you follow the Mission HUD from place to place, frequently checking your map and only making a detour when you pass a marked chest in order to collect its contents, then return to the known path.
It is essential that you explore areas thoroughly before proceeding in order to find crates which are filled with uCreds, health, or stamina top-ups. Always search inside deserted stores when you come across them, as there is a good possibility you will find weapons skins or upgrade currency inside closed lockers or sitting on shelves waiting to be picked up. Killing enemies while searching an area will also help you to level up, which will make missions objectives or tough bosses you encounter easier to handle.
It is recommended that you keep at least one copy of every weapon in The Ascent, as certain enemies are more resistant against specific damage types. Organic enemies hate ballistics weapons, while mechanical ones don't fare well against energy weapons. Having an array of weapons at your disposal will enable you to switch to the most effective ones during encounters with enemies. Also, keep one copy of every armor, so you can switch out armor pieces to make yourself more resistant to certain weapons. 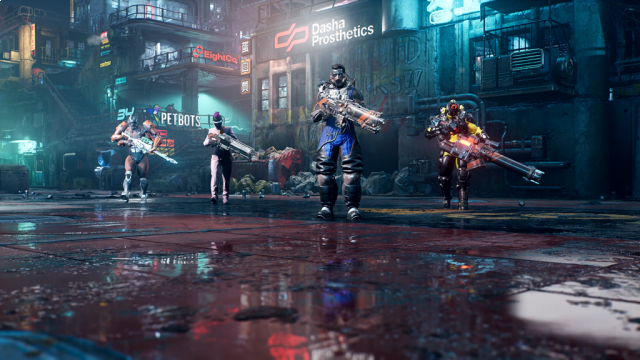 Test New Weapons
You begin The Ascent with a pistol and armor, which you will need to replace with something better as quickly as possible in order to make progressing through the first few levels a lot easier. You will gain weapons and armor as drops from enemies when you defeat them, which you may not always notice during the middle of a battle, so make sure when the fighting has died down you hit the 'Character' menu and l..
Unfortunately, there is no way in which you can manually save your progress in The Ascent. The game does however have an auto-save feature that is triggered in certain instances, these include progressing through a cutscene, changing locations, and passing through an 'internal' checkpoint.
Bounties in The Accent is a way of making extra money by hunting down and killing a specific marked enemy. Bounties randomly trigger or appear in different periods of a playthrough, they are most commonly found by strolling at a specified location. There is usually no indication where a bounty might be, but once you have tracked them down, they will be marked with a red skull above their head. These enemies will take more damage, and deal more damage, than regular enemies, so it is recommended that you upgrade your weapons before taking them on. Once you have taken out your bounty, you need to collect your reward by making your way to the nearest bartender NPC and interacting with him. Bars are marked on the map by small blue bag symbols.
Getting your hands on uCreds is not easy in The Ascent as there is little cash you can collect while exploring the world. One way in which you can get a lot of this currency is by selling duplicate items you have in your inventory. When you complete quests there is always the possibility you will pick up duplicate gear and selling this equipment will enable you to raise the funds you need to buy expensive augmentations and weapons. You can sell your items to the bartenders that can be found on the map with the money bag icon, just make sure you keep at least one copy of every weapon and armor.
The starting weapons in The Ascent are weak, which means your first priority is to save some uCreds in order to visit a vendor and purchase something better. Vendors can be found in each of the areas, and they all sell at least one distinct or unique weapon which will grant you a considerable advantage in battle. Weapons can also be obtained as rewards from completing missions, looted from various locations, and are dropped by enemies or bosses. 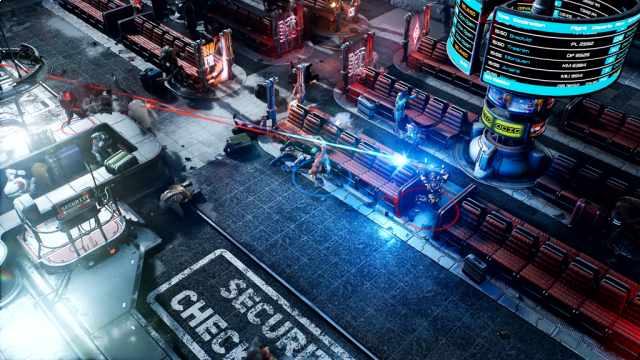 Take Cover Whenever Possible
Even with the best weapons equipped, you will still be vulnerable to damage and can be swarmed by enemies with enough firepower to drain your health. The best way to avoid this from happening is to take cover whenever you can. When you are behind cover you will be able to deal damage without receiving damage, this is providing you are crouching behind a waist-high structure that you can hold up your gun..
The Loot Drone (Looten) can be purchased from the Grafter merchant for 8,000 uCreds, it is one of the earliest enhancements your character can have in The Ascent. This mechanical companion can be deployed to pick up items on the ground, which can make them life-savers when your character is close to dying and the item drops on the ground nearby are health packs.
The Ascent Questions & Answers
Our Latest Questions
How do you quickly get through places that have ..
How do you check your CyberDeck capablilites?
How many CyberDeck levels are there?
See All Questions
Have a question for The Ascent?