Cheats, Tips and Questions for Tales of Arise

Tales of Arise is an action role-playing game that is the seventeenth main entry in the Tales series. Tales of Arise follows the story of Alphen, an iron-masked individual whose home planet of Dahna has been enslaved and stripped of natural resources for the past 300 years by the nearby planet of Rena which holds superior technological and magical advancement. As Alphen fights to free his people, he encounters Shionne, a girl from Rena who is on the run from her countrymen. Tales of Arise is available on PlayStation 4, PlayStation 5, Xbox One, Xbox Series X, and PC. Take a look at our tips to get help in the game. 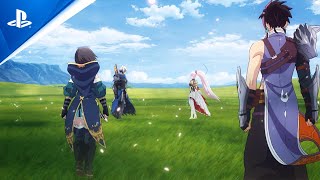 There are three ways in which you can heal the health of a party member in Tales of Arise. The quickest way of restoring it is by using Apple Gels which can be purchased at any store and also found out in the wild. Apple Gels can be used from either the Pause menu or the Combat menu, providing that a party member is alive to dispense it. Another way to for characters in your party to regain their health is to rest at campfires in the overworld. Campfires are free to use and will fully restore the entire party's health, it is therefore advised that whenever you see one you take advantage of it by resting there for the night. Tales of Arise also features a Cure Point system, which uses a Healing Arte from either the Pause menu or the Combat menu to restore health to the character that need.. 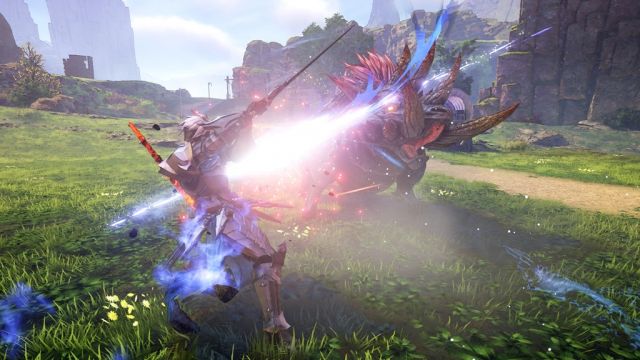 Complete Sub-Quests to Earn Rewards
Sub-Quests in Tales of Arise are basically side quests you can complete to earn useful rewards such as gold, XP, and loot. They are indicated on the Map menu by a letter icon, and they are well worth completing. There is no rush to do Sub-Quests as they are always available, and you can easily fast-travel to previous regions to complete them. You will never know what rewards you will ..
In Tales of Arise there is a total of 12 Fishing Spots and 44 different types of fish. You unlock the ability to fish automatically at the end of the 3rd Realm 'Menancia' in the story. When you interact with the fishing spot, 5-6 types of fish will be available there to catch. Press Triangle/Y To be shown what the fish are and the buttons you need to press on your controller to catch them. Simply cast the lure and then press the two buttons the fish is attracted to. Keep repeating until you have caught all the fish. There is no need for a specific lure, the starter lure works fine.

The only exception is the Silver Marlin at the Hidden Wharf fishing spot, in order to get the lure for it, you must catch 40 types of fish and then talk to the fishing expert who can be found in Men..
In Tales of Arise you can use the Skill Panel menu to upgrade and unlock skills for each character. At the Skill Panel menu you will be presented with different sets of skills on a grid, and it is essential in order to get useful enhancements and new Artes that will help you to progress through the game easier that you unlock them whenever possible. These sets of skills will not be unlocked naturally by leveling up characters, you have to complete a little mini-objective. In order to find out what the condition is to unlock a set of skills on the grid you need to move the cursor over the locked grids. The conditions will generally involve completing solo battle arena challenges or cooking a specific meal.
In Tales of Arise you will have plenty of opportunities to tackle optional boss enemies, these though can be deadly if you are not adequately prepared for the encounter. Being defeated in most of these battles will usually result in you dropping straight back to the map with minimal HP, there are however some side quest bosses that will give you a game over. As you are unable to see what level the enemy is before the confrontation, it is recommended that you save your game before these encounters. Once an optional boss has been activated, you will not be able to run away from the fight.
Reviving a member of your party that has been knocked out during a fight works the same way as healing them. You can get the character back up by resting them at a campfire or inn, giving them items such as Omega Elixer or a Life Bottle, or by using a Healing Arte. If you decide to use a Healing Arte it is important to remember that they use a lot of CP so make sure you have stocked up on CP-restoring Pineapple and Orange Gels to top off. 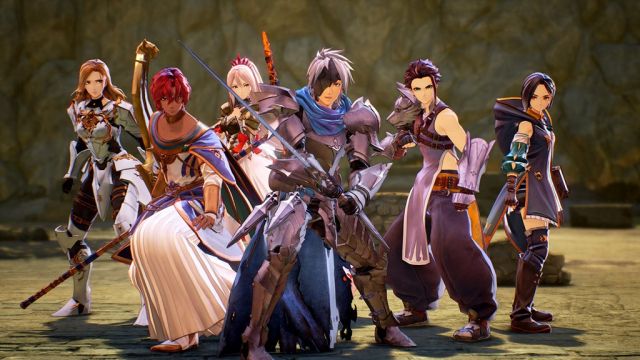 Try Different Characters in Battle
You start Tales of Arise as Alpen but as you progress in the game new characters will join you to create a party. Each new member of the party will have a unique fighting style, so it is recommended that you try out each of them to determine which one best suits your playstyle. When you first meet the character the game will introduce you to their.. 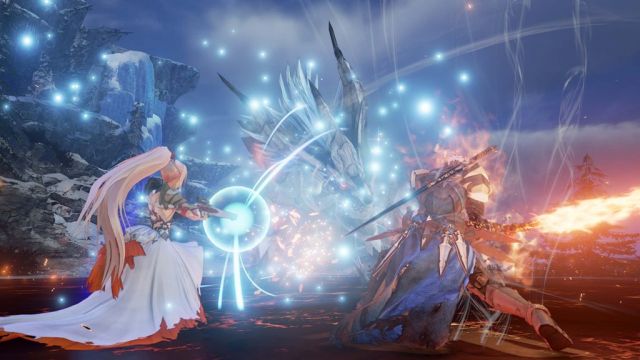 Take Advantage of Mystic Artes during Combat
Mystic Artes in Tales of Arise are a powerful chain of attacks that deal plenty of damage when unleashed, and it is important that you take advantage of them to maximize damage during fights. Only Kisara and Dohalim can perform Mystic Artes, and they must be far enough into the story to have learned how to use Overlimit State before they.. 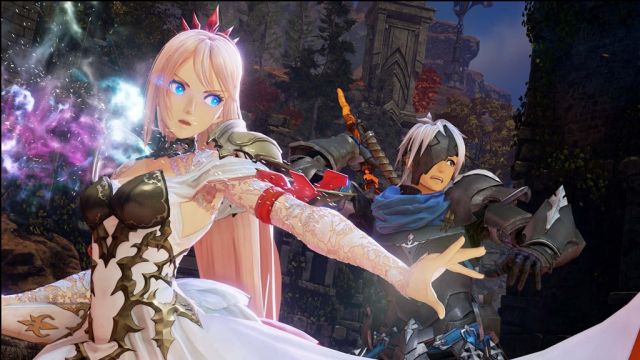 Train in the Battle Arena for Rewards and Knowledge
Once you have reached the third region in Tales of Arise you will unlock a Battle Arena where you will be given the option to either play as solo characters or as a team to take on monsters. Take advantage of the Battle Arena to earn rewards and learn the unique combat style of each of the characters in your party and understand h..
In Tales of Arise there are a total of 38 Recipes to collect, some of these are automatic story unlocks while others need to be found in chests or as rewards by completing Sub-Quests. You can keep track of the Recipes you have by viewing them in the Cooking menu at any campfire. Each Recipe you cook will provide a temporary stat boost. The easiest way to get all the Recipes is to finish the story first and collect whatever Recipes you come across along the way. Then use this guide to pick off all those that you missed. The reason why this is the best way to collect the Recipes is that many of the required Sub-Quests are unavailable on your first visit to the respective areas, but after you have finished the story you will have access to everything.

Each of the maps in Tales of Arise has Owls and treasure chests that contain useful items and equipment that will help you in the game. You therefore need to make sure you explore every nook and cranny in the gorgeous, dense world in order to find them. Also, when you find something of note, a specific icon will be permanently added to your map which will help you to determine where you haven't been.
There are a total of 23 Artifacts in Tales of Arise and finding each of them will unlock a Cheat that you can enable at the Artifacts menu, these include things such as permanent XP Boosts, invisible to enemies, better cooking effects, and dealing and receiving double damage. The Artifacts themselves are found in specific chests, rewards from finding Owls, or completing Sub-Quests. Most Artifacts you can only get late into the game or after the story.

Mechanical Doll Accessory
How to Obtain: Behind the post-game boss, in a chest.
Effect: Off The Radar
You become undetectable when making ..
Although you can always buy weapons, you will find that it is far more beneficial to craft powerful replacements for your current weapons by acquiring rare materials from chests and from completing the Sub-Quests. Another way of improving your party is cooking specific meals that can unlock new skill grid sets for certain characters. Once you have unlocked the Pharia Ranch you will find that you are able to cook plenty of different recipes.
In Tales of Arise there are a total of 38 Owls of Dahma and returning them to the secret Owl Forest will reward you with cosmetics and Artifacts. Trying to find all the Owls in not easy as plenty of them are tucked away in unsuspecting places making them hard to spot, while others don't become available until you reach the last location in the game which can take several hours to get to. It is important that you pick up the Owl (#26) located on the Mobile Fortress Gradia in the 4th realm Mahag Sarr because once you have completed the quest that takes place on it you will not be able to revisit the area. Take a look at the video below to see the locations of all the Owls.

Once at Level 2 floor of Mobile Ship Gradia, do this exactly and fast the whole time to keep your 4-level Item Guage (outside combat) full forever. From elevator, turn right and enter the big room with all the enemies, start killing on left side of room. You should be killing 2 different mobs of astral marksman (1 in the 3rd room). Then immediately kill the wolves in middle area, then kill the 3 mobs (including the 1 in room on this side). Once completed, your item boost guage should already be at 4th tier and full if you have been killing all fast... After the last Astral marksman mob on this side.. Make a super fast mad dash for the elevator with your item boost guage nearly full. Immediately go to Lower Level, then turn around and take elevator back to L2. Run to right, into room.. An.. 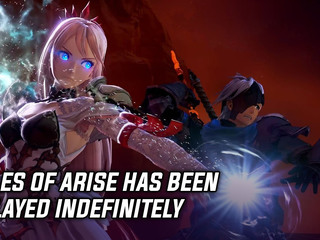 Tales of Arise has been officially delayed indefinitely

The latest in the Tales of series, titled Tales of Arise has officially been delayed indefinitely from its launch window sometime in 2020. Arise producer Yusuke Tomizaw.. Read More