Cheats, Tips and Questions for Ride Out Heroes

Ride Out Heroes is a fantasy 3D multi-class Battle Royale strategy game on mobile. Choose heroes of different classes and skill sets. Summon mounts, team up to crush your enemies, and use magic abilities and epic weapons! Death is not the end as you revive as a baby dragon to seek your revenge. Ride Out Heroes is available on Android and iPhone/iPhone. Take a look at our tips to get help in the game. 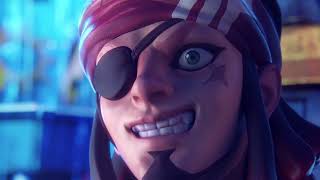 Ride Out Heroes walkthrough and guide

The shrines in Ride Out Heroes only open up at certain times during a match, and you will be sent a notification telling you when this happens. As soon as you get the notification you need to make sure you head to the nearest shrine as quickly as possible in order to have a chance of receiving 2 legendary class weapons, or 2 legendary skills, or 2 legendary armor in exchange for praying there. You will not be the only player heading to the shrine so expect to get involved in a fight. Shrines will be indicated on the map by a yellow chest. You can pray at a shrine a total of two times during a match, so there is the possibility if you get both prayers that you can get four legendaries.
Prioritize the daily missions in Ride Out Heroes whenever they are available as they award you gems, and gold. There are also monthly missions which are more involved and will take longer to complete but the rewards you can get from them will be far greater than those you get from the daily missions. You can also get awarded stars for completing the daily and monthly missions which are used to fill up the star chest which once full can be opened to get random rewards.
It is recommended that whenever you need to traverse long distances out in the open you take advantage of your mount. In Ride Out Heroes your mount is a giant raptor which you can summon to take you where you need to go at high speed, making you a difficult target for snipers to pick of. Mounts also come in useful when you want to quickly chase down wounded targets attempting to escape.
Although there are nine different heroes in Ride Out Heroes you will be limited to three when you start the game. These will be Dark Succubus Lilith, Greenwood Ranger Robin, and Dancing Assassin Hasan-e. There is no best hero, all three of them are viable in the right hands, it is just a case of choosing the one that best suits your play style, it is therefore recommended that you experiment with all three to see which one you like best.
In order to survive in Ride Out Heroes it is vital that you constantly pay attention to your surroundings, so you are aware of what is happening around you. The most important thing is to listen out for gunfire and check the compass at the top of your screen to see the direction it was coming in. It is also essential that you get in the habit of looking around your environment to make sure no one is trying to sneak up on you. Also be aware of where the fog ring is at all times because if you get caught out in it, you will take damage over time.
Ride Out Heroes Questions & Answers
Our Latest Questions
Which character is the best sniper in Ride Out H..
How can you get gems?
What do Relics do?
See All Questions
Have a question for Ride Out Heroes?