Cheats, Tips and Questions for One Piece: Pirate Warriors 4 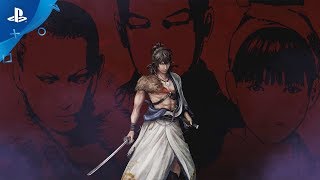 Katana Kami: A Way of the Samurai Trailer

Latest updates to our guide:
One Piece: Pirate Warriors 4 Walkthrough and Guide
Best Characters - Tier List
How to Level Up Characters
How to Unlock Treasure Log Mode
Walkthrough / Guide
Cheat, Tips and Strategy

If at any point you discover that you need to get more coins or berries for whatever reason you can do so easily by playing through the Treasure Log mode. Playing the episodes in this mode will guarantee you always get a certain amount of specific coins along with a decent amount of berries which are also very useful as they can be used for your characters on the Growth Maps. The mission conditions for the episodes in Treasure mode are randomized so they will be different whenever you attempt the same episode.
Each of the characters in One Piece: Pirate Warriors 4 can have up to four skills equpped at any one time and you can combine their different attacks by following the filling bar. All of these skills fill up simultaneously pretty quickly so you can use one or another near enough almost constantly. Make sure you vary your attacks instead of keep repeating the same thing so you get a good feel for all of your characters skills.
In One Piece: Pirate Warriors 4, you can only use Gear Fourth after unlocking it as a Special Move. You will be able to do this during the Dressrosa Arc. If you equip Gear Fourth and charge the Special Move guage you will be able to trigger the transformation by pressing and holding down R1 on PlayStation 4, RB on Xbox One or R on the Nintendo Switch, and then pressing the Face Button assigned to it's slot. During Luffy's Gear Fourth transformation you will be able to use the special moves that are tied to the transformation until it wears off. To use Luffy's Gear Fourth transformation again you will need to wait until the Special Move guage has recharged. Like all the transformations in the game you need to make sure you use it wisely and skillfully so you get it's full benefit.
In One Piece: Pirate Warriors 4 stamina depletes when you perform combos, dogde, and fight, and to replenish it takes time. If you allow your stamina to get too low you will not be able to dodge or put air combos together so it is important that you use your stamina wisely otherwise it can leave you in a precarious position if you are not careful.
As you progress through One Piece: Pirate Warriors things will get progressively more difficult so it is essential that you level up your character via the Growth Map before you start a new stage. At the Growth Map you will be able to raise the Health, Stamina, Power and Defense stats of your characters. You will also be able to learn more actions through the action growth markers, and gain new special moves and skills by spending a certain amount of specific coins and berries. There are two maps in One Piece: Pirate Warriors 4, one affects all the characters and the second one unlocks when you get a character's crew level up to Level 4 by using them in stages and defeating enemies with special moves.
To get an S-Rank in One Piece: Pirate Warriors you need to clear a stage in a fast time, as well as defeating a lot of enemies. The best tactic to achieve this is to go fast and be as destructive as possible. You will more likely get an S-Rank after leveling up some of your characters attributes on the Growth Map. If you do not get an S-Rank you can always try the stage again which will be easier as you will know the what to expect beforehand.
One Piece: Pirate Warriors 4 Questions & Answers
Our Latest Questions
How to use a normal gum gatling with old world L..
I have unlocked Zoro's Level 3 moveset in his ch..
How can you get Katakuri early?
See All Questions
Have a question for One Piece: Pirate Warriors 4?
Achievements & Trophies

There are 40 trophies for One Piece: Pirate Warriors 4 on PlayStation 4.

Join us on Discord
Are you an expert in this game? Can you help One Piece: Pirate Warriors 4 players?
Reviews
No reviews listed yet.