Lost Judgement is an action-adventure JRPG with a beat em-up combat system. Police officer Akihiro Ehara is accused of sexual harassment, a dead body is found in Yokohama's Isezaki Ijincho district, and his defense lawyer Saori Shirosaki calls on private detective Takayuki Yagami to help investigate Ehara's involvement. With the main suspect having a solid alibi of committing a different crime when the supposed murder took place, the case is one that is a mystery full of twists and turns. Lost Judgement is available on PlayStation 4, PlayStation 5, Xbox One, and Xbox Series X. Take a look at our tips to get help in the game. 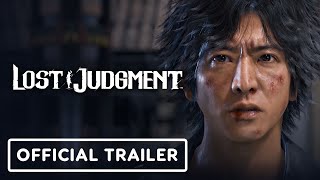 Stock Up on Healing Items


One of the first things you should do in Lost Judgement is visit takeout restaurants or convenience stores in order to stock up on healing goods. You will find them marked on your map with a shopping cart symbol. These shops will sell a variety of food products that Yagami can consume during combat to heal from any damage he has taken. Take a look at our How to Heal guide to see where you can get these items, how much they cost, and what their effect will be.


In Lost Judgement, the 'Skills' menu is accessed through Yagami's phone and there are plenty of abilities to choose from. Make sure to begin with, you prioritize the ones that will be useful throughout the game and avoid those that are situational. The ones you decide to unlock will be determined by your playstyle, but it is recommended that you get the baseline health and damage upgrades from the Stats section early, as they give the most bang for their buck.


Crane, Tiger and Snake are the three styles of martial art that Yagami uses in combat. If during a single fight you use all three styles and defeat your adversary, the game will reward you with a big SP (Skill Points) bonus. In order to take advantage of this incentive, you need to make sure you switch between the three styles during combat.


Choosing the best combat skills to spend your SP on at the start of Lost Judgement can make your progress through the game easier. The skills in our opinion you should consider investing in first because of their usefulness in combat are the Tiger's 'Flashing Palm' and Snake's 'Overwhelming Parry' and 'Agonizing Strike'.

- Snake's Agonizing Strike
Cost: 5000
Effect: Finishing Blows can be charged, will cause Agony.


Initially in Lost Judgement, the groups of enemies you encounter will be unarmed, but as the game progresses you will find that more and more of the bad guys will use weapons. The best strategy when facing a group of enemies where some are armed is to prioritize disarming those first with Snake style. The bigger and more powerful enemies will resist Yagami's attempts to take away their weapons, when this happens the best tactic is to be evasive during combat as blocking a knife will still result in Yagami taking damage from a stab. If you are faced with a single strong enemy amongst a group of weaker ones, you should focus on the strong enemy at every opportunity before dealing with the weaker ones.


There is a lot to do in Isezaki Ijincho and Kamurocho and everything can potentially net Yagami items, SP and money. A good way to get a lot of great items that will help you during the game is to play the mini-games. The mini-games that are on offer across KamKamurocho and Ijincho ares:

There are also arcade mini-games, but not all of these are available from the start. These need to be unlocked through progression, purchasing at stores, and through other activities in-game. Some are playable at arcades also.

The following versus mini-games in Lost Judgement can be played against a friend and do not have any effect on in-game progress.

There are also more activities like boxing, dancing, and more that you can get into as Yagami to earn rewards.

Not Everything Unlocks Straight Away


There will be occasions when you explore Isezaki Ijincho or Kamurocho that you will come across something which it's not totally clear what it is for. In those instances it will be something that you can unlock through a later quest, so you need to just continue on instead of trying to figure out what something might do or mean.


Although you can earn money by playing the main story, you will be able to get your hands on considerably more cash by playing the side-quests in Lost Judgement. A side-quest that is available early in the game that allows you to earn lots of money is Paradise VR, this side-quest can potentially make Yagami rich after one or two plays which is useful as there is no shortage of places to spend money. Take a look at our Quick and Easy Way to Earn Money Guide to see the various ways in which you can earn cash fast in Lost Judgement.

Take a look at our Lost Judgement Beginners Tips and Tricks to get additional help in the game.


Lost Judgement Questions & Answers
Our Latest Questions
How can you get additional SP during Photo Missi..
What are the best skills for tailing a target?
How do you skip the crafting animation in the Ro..
See All Questions
Have a question for Lost Judgement?