PC PS4 SWIT XOne
Add Stuff / Ask Questions
Thank you for printing this page from www.SuperCheats.com.Remember to come back to check for more great content for .

Explore Everywhere for Better Items
In order to find better items in Hellpoint it is essential that you explore every nook and cranny as more often than not they will be found in places where you are not supposed to be. This means not following a linear path but instead look for hidden doors and walls. You can open doors by pressing the interact button and strike the wall to break them.

Drain your Enemies Energy
The melee weapons in Hellpoint come with a stat called Leeching and initially you should look to use a weapon which has a higher Leech Stat. The reason being is that Leeching is the amount of energy you can drain per hit and the higher the Leeching stat the more energy you will be able to drain off your enemies.

Unlock Unique Weapon Abilities
Continuously using the same weapons for a long period of time in Hellpoint will unlock their unique abilities. Others though will require installing a conductor to the weapon to start unlocking abilities. 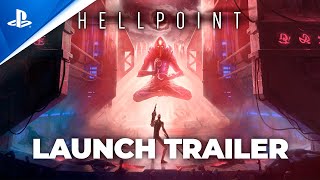 Added By Dennis
Sep 11th 2020, ID#280| REPORT
Are you an expert in this game? Can you help Hellpoint players?
If you need more help with this game, then check out the following pages which are our most popular cheats for this game:
Eye Two Tower Codes
Best Weapon and Conductor Combination
All our cheats and codes for Hellpoint
Report
Please tell us why you are reporting this submission?

Join us on Discord
SEARCH FORUM TOP
Click below to copy