PS4
Add Stuff / Ask Questions
Thank you for printing this page from www.SuperCheats.com.Remember to come back to check for more great content for .

How to Unlock Jin's Armour
In Ghost of Tsushima there are different armours you can unlock for Jin, all of which come with different benefits like boosting health, damage, stealth, archery and so on. Listed below are the different armours along with how to unlock each of them, and also their benefits.

- Broken Armour
Jin will start the game wearing this armour.

â?˘ The Broken Armor offers no bonuses and is purely cosmetic.


- Ronin Attire
You will get this via main story progression, once you complete the Blood On The Grass tale.

â?˘ Reduces enemy detection speed by 20%.
â?˘ 30% increase to Melee damage.
â?˘ After leaving pampas grass while crouched, enemies will be significantly slower to detect you.


- Samurai Clan Armour
You will get this via main story progression, after completing The Tale Of Lady Masako.


- Traveler's Attire
In Hiyoshi Prefecture, you can get this armour set by talking to the local merchant, but it should unlock when talking to any merchant in the game.

â?˘ Track Artifacts with the Guiding Wind.
â?˘ Traveling clears 30% more fog of war on the map.
â?˘ Controller will vibrate when within 60m of an Artifact.


- Tadayori's Armour
Tadayori was a legendary archer, so you will need to complete the Legend Of Tadayori mythic tale to find this suit. It's accessible early on via the Azamo Bay Musician.


- Sakai Clan Armour
You will get this via main story progression, after completing the Ghosts From The Past tale.

â?˘ Major increase to Melee damage.
â?˘ Massive increase to health.
â?˘ Increase the Standoff Streak by 2. Winning a Standoff has a 25% chance to Terrify nearby enemies.


- Kensei Armour
Find the musician in Umugi Cove and complete The Six Blades Of Kojiro mythic tale by finding and duelling all of the Straw Hats in Toyotama.


- Gosaku's Armour
Find the musician in Akashima, the first village you reach in Toyotama â?? after you activate the Gosaku quests, liberate outposts in Izuhara and Toyotama to find keys that will eventually let you find the resting place of Gosaku's Armour.


- Fundoshi
Complete every Hot Spring in the game.


- Mongol Commander's Armour
On the third island of Kamiagata, the townsfolk will reward you with pieces of armour from a Mongol Commander when you liberate outposts. Collect them all and speak to the blacksmith to unlock the whole set.

â?˘ Major increase to health.
â?˘ Reduces all damage by a Major amount.
â?˘ Disguises you while out of combat, massively reducing Mongol detection speed.


- Ghost Armour
You will unlock this armour during the From the Darkness story mission in Act 2.

â?˘ Reduces enemy detection speed by 40%
â?˘ Reduces the number of kills needed to enter the Ghost Stance by 2
â?˘ Kills have a 30% chance to Terrify a nearby enemy. 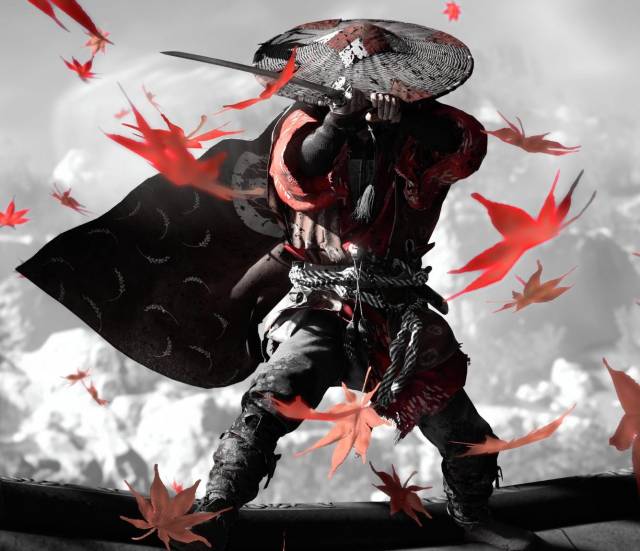 How to Unlock Jin's Armour

How to change Jins Armour
In order to change armour you simply have to press the 'Options' button on your controller and then go to 'Gear'. Here, select the 'Outfit' option. You will now be able to cycle through the different armour that you've unlocked on your adventure so far. Also in this menu you will be able to change the colour of your amour when selecting your 'Outfit'. Simply choose the colour you want and it will be reflected in-game.


How to Change Jin's Armour Colour
To add to the number of colours which you can change your armour you will need to find undiscovered flowers. These can be found scattered throughout the game and can be easily found by using the Guiding Wind. Once you have found an undiscovered flower you need to take it to a Merchant where you will be given the option to buy more armour colours in the form of dyes. After purchasing the dye colour of your choice open the 'Outfit' menu again to find your new colour ready to be applied to any of your available armour. 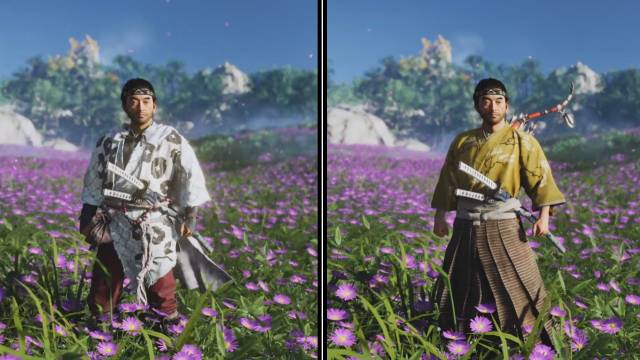 How to Change Jin's Armour Colour

How to Upgrade Jins Armour
Each set of armour can be upgraded three times by visiting any Armorer on the map. In order to upgrade the armour you will need to have items like Linen and Supplies. Upgrading the sets of armour will both change it's appearance and increase it's stats.


All Armour Sets, Outfits and Upgrades
Take a look at the video below to see all the armour sets, outfits, and upgrades that are available in Ghost of Tsushima. 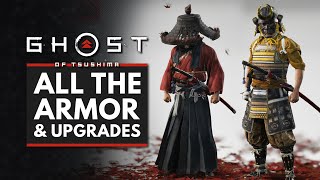 All Armour Sets, Outfits and Upgrades
Added By Dennis
Aug 31st 2020, ID#243| REPORT
If you need more help with this game, then check out the following pages which are our most popular cheats for this game:
Unlock Side Missions
Use the Guiding Wind when Exploring
Search Bodies for Ammo and Supplies
All our cheats and codes for Ghost of Tsushima
Report
Please tell us why you are reporting this submission?