Cheats, Tips and Questions for Ghost of Tsushima

Thank you for visiting our collection of information for Ghost of Tsushima. Please check below for game help and ask your questions for this game. And you can help others by answering questions or adding your cheats and tips.

Make sure that whenever you encounter wild boars or bears you always hunt them down. It is important that you do so as they are the main source of predator skins which you will need to upgrade your armor. Wild boars will charge you if you are on foot and run if you are on horseback, they can easily be dealt with using the short bow. Do not face bears in melee, they can be easily taken down from distance using a long bow which can be obtained via a Mythic Tale from Act 1.
In Ghost of Tsushima you will steadily unlock new Ghost Weapons for Jin everytime his Legend grows. These are powerful weapons that Jin can use liberally to get an advantage to either outwit or kill enemies. The first Ghost Weapon you unlock will be the Kunai throwing knives which are particularly effective for staggering enemies and for taking down Mongol dogs and eagles. Below is a list of all the Ghost Weapons that are available in Ghost of Tsushima.

- Kunai
- Black Powder Bomb
- Smoke Bomb
- Sticky Bomb
- Wind Chime
As you progress in Ghost of Tsushima you will end up with various kinds of ammo types and consumables that you will need to top up (arrows, throwing knives, and bombs). Remember to search the bodies of defeated enemies as they will often have these items. It is important that you do this at every opportunity as it is crucial that you do not find yourself running low on options in the middle of an enemy outpost or a multistep mission.
Mythic Tales in Ghost of Tsushima are special side missions that you are able to undertake that give you the opportunity to earn an ability or an item straight out of Ghost of Tsushima: Legends. It is worthwhile completing the Mythic Tales side missions to obtain them as they are powerful additions to your arsenal.
The island of Tsushima is full of useful things to find that will improve Jin's abilities in some way. These places of interest will be markded on the map by a question mark until you have investigated them. Shrines reward you with new charms which are items that grant buffs to Jin's abilities, Fox Dens give you additional charm slots, Hot Springs increase Jin's health, and Bamboo Strikes are locations where Jin can practice his sword skills. Every roadside ambush you manage to survive while traversing the map will increase Jin's Legend which will earn you Technique or Skill points.
In Ghost of Tsushima there are numerous side missions (Tales of Tsushima) that enable you to unlock things such as outfits, resources and XP. Some of these side missions you will find naturally as you explore but many of them will require you to talk to people in towns and hubs that have a speech bubble hanging over them to unlock. You will find that these speech bubbles don't always appear unless you get close. There are a total of 61 side missions in Ghost of Tsushima, which appear as silver icons on the map.
Jin's health bar starts off smallt so it is important that you prioritise defending over attacking. This means correctly using parries, perfect parries, and dodges during a fight to avoid taking damage and find openings from which you can deal some damage to the enemy. Always pay attention to your enemies movements so you can take advantage of their mistakes.
How to Unlock Jin's Armour
In Ghost of Tsushima there are different armours you can unlock for Jin, all of which come with different benefits like boosting health, damage, stealth, archery and so on. Listed below are the different armours along with how to unlock each of them, and also their benefits.

- Broken Armour
Jin will start the game wearing this armour.

â?˘ The Broken Armor offers no bonuses and is purely cosmetic.


- Ronin Attire
You will get this via main story progression, once you complete the Blood On The Grass tale.

â?˘ Reduces enemy detection speed by 20%.
â?˘ 30% increase to Melee damage.
â?˘ After leaving pampas grass while crouched, enemies will be significantly slower to det..
It is important that you resist the temptation of rushing off into Tsushima's big open world as soon as the game lets you and instead complete the first two missions. Failing to do so will result in you not picking up the bow and your enemy-detecting listening sense which are both locked behind these first two missions. Having these two tools at your disposal is crucial because without them you will lack a ranged attack option and the ability to locate enemies out of sight.
As you progress through Ghost of Tsushima Jin will eventually unlock four combat stances which are basically a means of changing how you hold your kitana to make heavy attacks more effective against certain types of enemies. Each stance is particularly effective against a specific foe and switching between stances by pressing R2 on your controller so that you are in the right stance for the right enemy will enable Jin to easily break through an enemy's guard and finish a fight quickly.
When you are exploring in Ghost of Tsushima you should pay attention to your surroundings as the will give you clues that can lead to points of interest. These cluese include smoke on the horizon or mysterious-looking trees. Use the Guiding Wind to help navigate towards your current objective, the Guiding Wind is a navigational aid used by Jin Sakai to help discover the island of Tsushima and all of it''s secrets and collectibles.
Although climbing cliffs in Ghost of Tsushima is a simple mechainic it is something you still need to pay attention to as a fall can easily kill Jin. Climbing up a cliff is straight forward but climbing down is considerably more complicated and dangerous as you need to constantly look for the R2 prompt that indicates a safe climbing path. Later in the game you will be able to unlock the Safe Landing Technique which will allow Jin to survive most falls while climbing cliffs. 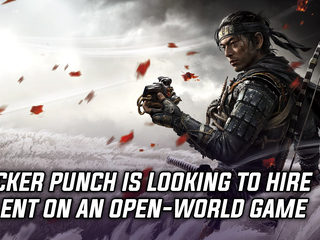 Sucker Punch is looking to hire talent to work on an open-world game with action and stealth elements. While the studio's career page doesn't specify the game, this cou.. Read More

There are 52 trophies for Ghost of Tsushima on PlayStation 4.