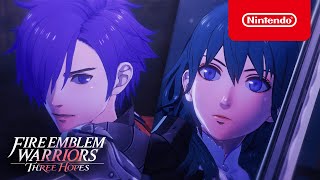 
Below is a collection of hints and tips that will help you to progress in the game. These include why you should set up battles before they begin and why you should raise your Support Levels. As well as these hints and tips, we also have a beginners guide here which goes into more details on some of the tips we have below:


A major decision you have to make at the start of Fire Emblem Warriors: Three Hopes that will impact how your game plays out is deciding which house you want to be part of. Each house has a slightly different story to progress through, and different characters you will meet and fight alongside. The three houses you can pick between are the Black Eagles, Blue Lions, or Golden Deer and ultimately the choice you make will come down to your preference regarding two things: which style of character you like playing as and which existing characters you like the most from Fire Emblem: Three Houses.

Set Up Battles Before they Begin


Fire Emblem Warriors: Three Hopes is more strategic than most Warrior or Musou games of the past, so it is essential that before you engage in combat with the enemy you spend some time and thought preparing for the fight. Before each battle you will be prompted to organize your characters, this will mean selecting those you can control in battle, and also your support characters. Make sure before you place them you check each character's strengths and weaknesses in order to set them up to face off against opponents they are strong against. If you get into the habit of doing this before every battle you will give yourself a higher chance of winning. Take a look at our Character, Classes, and Weapons Tier Lists if you want to know the best are in each category.


You are the commander during the battles and it is important that while fighting you are issuing orders to your party to dictate the flow of battle. To give orders to your characters you have to hit the + button on your controller to open the map, once the map is open you will be able to select any of the characters that you want to give an order to. The main orders are offensive, defensive, and supportive, which all branch into different variations and range from attacking enemies, defending strongholds, guarding allies, or healing. If you ever need to, you can also press the ZR button to rescind all your orders and cancel any order issued, so you can implement new strategies.


There is a relationship system in Fire Emblem Warriors: Three Hopes which although not as complex as Fire Emblem: Three Houses is still an important aspect of the game. Between fights while you are in camp you should talk, train, and even drink tea with the characters in your party in order to earn Support points. Once a character has earned enough Support points, they will go up in Support Levels. The higher a Support Level a character is, the more abilities they can use in battle. There is also an Adjutant system in place in Fire Emblem Warriors: Three Hopes that enables you to assign characters as Adjutants in each fight that not only give bonus stats to both characters and allow each character to use some of the others' abilities but also unlocks a special partner attack that is among the most powerful attacks in the game. The higher the Support Level each character linked up is, the better these bonuses are.


In Fire Emblem Warriors: Three Hopes your camp is not just a hub to talk to characters between battles, it is also a mini-town building game that has facilities that are very important to constantly be upgrading in order to keep up with the difficulty curve of the game. Your camp comes with seven facilities, these are: Training Grounds, Recreation Quarter, Supply Depot, Tactics Academy, Blacksmith, Battalion Guild, and Marketplace. Take a look at our Merc Whistle Guide to find out everything you need to know about this unique item that unlocks the special ability of the character it is gifted to.


One of the currencies that you get in Fire Emblem Warriors: Three Hopes is Strategy Resources and these are given as rewards for capturing different regions on the map or as special rewards from certain side quests. It is important to remember that Strategy Resources do not carry over from one chapter to the next, this basically means if you don't spend them you will lose them. Strategy Resources can be used during the main battle on a number of things that includes auto-clearing the fog of war and persuading enemy generals to join your side. Make sure you spend them in such a way that you use as many as you have without any left over when the chapter ends.

Take a look at our Beginner Tips and Tricks to get additional help in Fire Emblem Warriors: Three Hopes.