Elden Ring is a fantasy action-RPG adventure played in a third-person perspective set within a world created by Hidetaka Miyazaki creater of the Dark Souls video games and fantasy novelist George R. R. Martin. The game takes place in the realm of the Lands Between, sometime after the destruction of the Elden Ring and the scattering of its shards, the Great Runes. Once graced by the Ring and the Erdtree which symbolizes its presence, the realm is now ruled over by the demigod offspring of Queen Marika the Eternal, each possessing a shard of the Ring that corrupts and taints them with power. As Tarnished - exiles from the Lands Between who lost the Ring's grace and are summoned back after the Shattering, players must traverse the realm to ultimately find all the Great Runes, restore the Elden Ring, and become the Elden Lord. Elden Ring is available on PlayStation 4, PlayStation 5, Xbox One, Xbox Series X, and PC. Take a look at our tips to get help in the game. 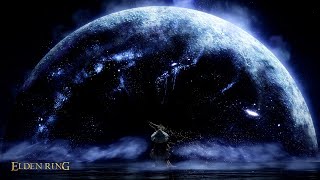 Below is a collection of hints and tips that will help you to progress in the game. These include why you should explore Limgrave thoroughly and why you should listen out for the sound of wind chimes. As well as these hints and tips, we also have a beginners guide here which goes into more details on some of the tips we have below:

Pick and Choose your Battles

In Elden Ring you can go in any direction you want, there is no obligation to tackle every enemy you encounter. During the early game when your character does not have decent weapons or spells it can be more beneficial to use stealth and avoid them altogether or simply use your horse to outrun them. Learn to pick and choose your battles, to run when it is wise and to fight when it's profitable. Remember that you can always return to tackle enemies for their loot and Runes when you're ready.

Commit to a Build

Make sure that once you have chosen one of the Elden Ring classes you commit to it by making strengthening your build your main priority. When you spend your Runes leveling up your character's Attributes make sure you invest in those that will enable you to play to the strengths of your build. Also make sure in the early game you use the Smithing Stones you get on upgrading just one weapon instead of spreading them across several mediocre weapons. It is more beneficial to have just one good weapon at this stage to deal with enemies. Take a look at our Best Starting Class Guide to help you decide the correct one to pick for your playstyle.

You will be able to reset all of your Attribute points later in the game if you are not happy with your build. In order to do so you will need to journey to the second main region in the Lands Between, the Liurnia of the Lakes area, and infiltrate the Academy of Raya Lucaria. Once you have managed to do this you need to make your way to the top and defeat Rennala, Queen of the Moon, the final boss of this Legacy Dungeon. After defeating her, she will become an NPC you can talk to in the Grand Library, where she will present you with two different options: Rebirth, and Cosmetics. Rebirth will give you a clean slate to re-allocate your attribute points and effectively respec your character while Cosmetics will allow you to completely alter any part of your character's appearance - including body type and physique.

It is important that at the start of Elden Ring you explore Limgrave thoroughly in order to max out loot and power-ups. Not only will you be able to level up and acquire valuable resources, but it also gives you the opportunity to learn the mechanics of the game, so you will be prepared further along in the game when you encounter tough enemies and bosses. Exploring Limgrave will also enable you to find lots of Sites of Grace, which will make getting around Lands Between using fast travel easier. Don't forget to find the merchant that resides at the Warmaster's Shack at Stormhill who sells powerful Ashes of War for your weapons.

Elden Ring's map builds as you explore and find map fragments in the realm of the Lands Between. Keep in mind that as you explore you can place down up to a hundred custom markers on locations. Make sure you take advantage of this useful feature to keep track of everything as there is a lot the map doesn't show when you find a map fragment, this includes things such as optional bosses and merchants.

Flasks of Crimson Tears and Flasks of Cerulean Tears are frequently used items that have limited use that restore health and FP. It is therefore essential that you keep an eye out for small Golden Trees and ruined Churches in order to upgrade your health flasks. The Golden Trees have Golden Seeds at their base and the Churches have Sacred Tears and both of these items can be used at Sites of Grace to upgrade your Flasks. Sacred Seeds increase the amount of times you can use the health flasks while Sacred Tears increases the amount of HP or FP they give you.

Have One Ranged Attack Option

Regardless of what character class you choose it is recommended that you have at least one ranged attack, such as a bow or projectile spell that you can use. The reason why you should have the option to use a weapon or spell that can deal with an enemy at range before they reach you is that some enemies and bosses in Elden Ring struggle to fight unless it's melee combat. Take a look at our How to Upgrade Weapons guide to find out how you can strengthen your weapons in Elden Ring to make them more powerful.

You can buy a shield from Kale, the merchant in the Church of Elleh by the Tree Sentinel and although having a shield will enable you to stop any sword or arrow with only a slight drain of stamina to show for it, you will find when you are facing enemies and bosses that are capable of unleashing powerful attacks that it is better to avoid the attack altogether using dodges and rolling out of the way. Make sure you are not wearing too much equipment when avoiding attacks in this way as bearing a Heavy Load in your stats will result in you moving slower and burning up more stamina than normal.

Every now and again you will come across an enemy that has glowing gold eyes. These enemies will not be any deadlier than their normal counterpart, the difference is they will drop a lot more Runes when you slay them. The actual amount is determined by enemy, level, and location. Make sure you kill this enemy whenever you encounter them.

Keep your ears peeled for a sound like wind chimes as this indicates that there is a scarab/dung beetle scampering about nearby. Make sure you locate this bug as quickly as possible and deal it damage, so it can't flee. The reason why they are worth slaying is depending on the bug, they will refill your health flasks or even drop special loot that may include Ashes of War which you can use to customize your weapons.

Take a look at our Beginner Tips and Tricks to get additional help in Elden Ring. 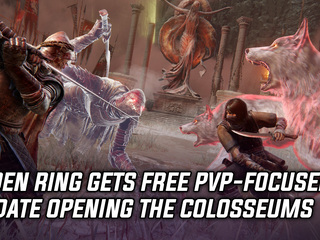 Elden Ring opens up the Colosseums for PvP in latest update

Elden Ring is getting a free PvP focused update with the colosseum, alongside a ton of balance changes and bug fixes. Elden Ring version one point zero eight is headlin.. Read More

Elden Ring Questions & Answers
Our Latest Questions
What is Ashes of War?
How can you train your character?
What are the glowing skulls on the ground?
See All Questions
Have a question for Elden Ring?

Join us on Discord
Are you an expert in this game? Can you help Elden Ring players?
Reviews
No reviews listed yet.