Call of Duty: Black Ops Cold War is a first-person shooter video game that is the direct sequel to Call of Duty: Black Ops (2010). Black Ops Cold War is set during the early 1980s of the Cold War and its campaign follows CIA officer Russell Adler as he tracks down an alleged Soviet spy whose goal is to subvert the United States and tilt the balance of power toward the Soviet Union. During the campaign you will come face-to-face with historical figures and hard truths, as you battle around the globe through iconic locales such as East Berlin, Vietnam, Turkey, and the Soviet KGB headquarters. Call of Duty Black Ops Cold War is available on PlayStation 4, Xbox One, PlayStation 5, Xbox Series X, and PC. Take a look at our tips to get help in the game. 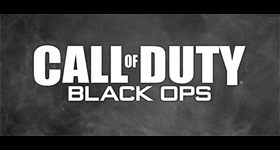 All Intel Locations covered plus a complete single player game walkthrough are contained in our guide to Black Ops. All the tricky achievements a..

The most effective technique to avoid enemy fire in Call of Duty: Black Ops Cold war when you engage in a firefight is strafing which is basically always being on the move when firing at enemies. If you are constantly moving side to side your enemies are more likely to miss as it is more difficult to aim at a moving target.
To get the Firing Range trophy/achievement you need to knock down 15 metal targets on Main Street during the 'Redlight, Greenlight' mission. About 4-5 minutes into this mission you will come to a training facility that is designed like a US town which will have some metal targets in the shape of a person's upper body with a red dot in the middle. These will be scattered around, some are moving while others are standing still. There are more than 15 of them in the area, all you need to do is simply shoot the required 15 to ge the trophy/achievement and then move on to the next objective.

The Time to Kill (TTK) is an extra shot longer in Call of Duty: Black Ops Cold War so it is essential that whenever possible you try and land a headshot as doing so will help to lower your TTK significantly. It is important to remember that you need to keep shooting until your enemies are actually dead.
To get the Red Door trophy/achievement you need to Disobey Adler's order to go through the door in the 'Break on Through' mission. This trophy/achievement takes place in the 4th sequence of the mission NOT the start. When the 4th replay starts you are automatically warped forward and Adler says 'We've been over this already. Skip ahead to the next part'. When this secton begins do NOT go through the red door in the bunker. Instead take the left path so you go to the bridge. Ignore all the red doors along the way, just walk past them. At the middle of the bridge a red door will spawn which will block your path. Do NOT interact with this door. All you need to do is stand directly in front of it for about 15 seconds so you are teleported away. You will then get the Red Door trophy/achieveme..
The safe house in Call of Duty: Black Ops Cold War acts more than just a mission hub, it also gives you the opportunity to rest, talk to your fellow team members, and look at the intel you have gathered so far. The safe house also has safe which if you unlock will enable you to interact with an arcade cabinet and computer. The code to the padlock is 112263, which is the date that President John F. Kennedy was assassinated. The code itself comes from finding three documents that are scattered around the safe house, each of which provides two digits of the lock code.
To get the Patriot Arrow Trophy Guide/Achievement you need to kill an enemy with the secret weapon while ziplining during the mission 'Echoes of a Cold War'. The secret weapon is a bow and you will find it along with an arrow just after the first group of enemies you encounter. Hang onto the bow and arrow and continue doing the mission until you reach the next zipline. Now jump on the zipline and kill one of the two enemies at the end of the zipline with the bow to unlock the Patriot Arrow trophy/achievement. If you miss your shot you can restart the checkpoint immediately before reaching the end of the zipline.

The Cold War Zombies Easter Egg can be done in solo or co-op, the tutorial walkthrough video below will explain in detail how to complete it. Die Maschine is a fresh start for the Zombies story that has expanded since it's debut back in 2008. This new beginning returns to the original Zombies map - Nacht Der Untoten.

There are certain requirements that must be met in order to get the Ray Gun. They are listed below along with a video walkthrough showing you how this powerful piece of alien weaponry is obtained.

The first mission in Call of Duty: Black Ops Cold War campaign is 'Nowhere Left to Run' and you will be tasked with taking down Arash Kadivar and Qasim Javadi, who are holding Americans hostages. This mission has been designed to act as a tutorial so you are able to learn-in-game mechanics, such as aiming, firing, equipment usage, taking cover, and movement. Make sure you take full advantage of this opportunity to become familiar with the strengths and weaknesses of Alex Mason before you create an operative for the rest of the campaign.
To get the Scorched Earth trophy/achievement you need to destroy all enemy vehicles and mortar teams while defending Firebase Ripcord in the mission 'Fracture Jaw'. An opportunity to get this happens at the end of the mission, upon reaching Firebase Ripcord. When you arrive you will get the Objective 'Provide Fire Support'. Before you start destroying any vehicles fly around the base and look for the white smoke lines of mortars being fired from the ground. There are 5 mortar camps in total and you will find them between the trees. Your crosshairs will turn red when you are aimed at them. Destroy all 5 mortar camps with your rockets and then start attacking the vehicles. In total there are 11 sets of vehicles, all of which are easy to distinguish due to the white main objective markers o..
To get the Explosive Finish trophy/achievement you need to kill 12 enemies with explosive barrels while riding the server lift during the mission 'Echoes of a Cold War'. You get an opportunity to get this at the end of this mission when you are lifted up by a server lift. While it is lifting you up you will be attacked. While you are being attacked keep an eye out for red barrels. Make sure you kill the enemies by shooting the red barrels when the enemies are near them. After you have reached the required 12 kills and completed the Objective which is to attach a cable to the server lift you will get the trophy/achievement. If you missed a red barrel or didn't get 12 explosion kills you can restart the checkpoint near the end of the server ride. It is recommended that you make a save game..
When playing the Armada, Miami, and Satelite maps in Call of Duty: Black Ops Cold War you need to make sure you are constantly keeping an eye out for shiny glints as these indicate the location of a sniper who is aiming down the scope of their rifle at you. Sniper rifles are highly effective in this game so whenever you see a shiny glint you need to immediately get behind cover.
Communication with your team is crucial in Call of Duty: Black Ops Cold War, especially when you are engaging in combat with more challenging and experienced opponents. Take advantage of the locational Ping system whenever possible to ping objectives, locations, enemies, and loot for your teammates. The Ping system is mapped to the left D-Pad on controllers and Z on keyboards. To ping an enemy's locations or trap, double-tap Ping to create a dedicated Danger Ping.
If you decide to snipe within a building in Call of Duty: Black Ops Cold War make sure you remember to place Field Mics by the entrance to avoid being caught off guard by enemies attempting to flank your position.
When playing Fireteam Dirty Bomb make make your first priority to explore buildings and other notible areas for caches, which will contain Uranium, Armour, and even Self-Revive Kits and Scorestreaks. You will find doing so more beneficial than engaging in combat straight away as it will enable your squad to load up with tools that can easily turn the tide of multi-team fights as well as granting enough Uranium to get a dirty bomb primed and detonated.
To get the Mind Trip trophy/achievement you need to see all 7 memory endings and playthrough all 4 path ends in the mission 'Break on Through'. In this mission which takes place near the end of the campaign your character will be put through four different scenarios where you can either obey Adler's orders or disobey. The first scenario starts in the daytime with a M16, the second scenario starts in the nighttime with a bow, the third scenario starts in the daytime with a grenade launcher, and the final scenario starts at the ruins.

On your first playthrough of the mission follow Adler's orders for each of the first three scenarios. Doing so will give you the cave path for the first scenario, the village path for the second scenario, and the napalm strike path for the third sc..
Call of Duty: Black Ops Cold War Questions & Answers
Our Latest Questions
What is the Code for Operation Chaos
Iâ€™ve completed missions nowhere to run an..
Objectives in cia safehouse?
See All Questions
Have a question for Call of Duty: Black Ops Cold War?
Achievements & Trophies

There are 48 trophies for Call of Duty: Black Ops Cold War on PlayStation 4.

Join us on Discord
Are you an expert in this game? Can you help Call of Duty: Black Ops Cold War players?
Reviews
No reviews listed yet.