XboxXS ADR iP PC XOne
Add Stuff / Ask Questions
Thank you for printing this page from www.SuperCheats.com.Remember to come back to check for more great content for .

How to get the Killer Combo Achievement for Bright Memory

How to get the Killer Combo Achievement

To get the Killer Combo achievement you need to float an enemy in the air for 15 seconds. The easiest way in which to do this is when you have unlocked Release Limit and Time Freeze and during your 2nd or 3rd playthrough when you fight against the lion enemies in one of the first outdoor fights.

Target the 2nd enemy and start your attack with a Slash Blast ability (RB then D-Pad down) to make the enemy airborn. Then use Release Limit (L stick + R stick clicks) as the enemy falls to put it into the sky. You will be able to keep it in the air by using your ammo and shooting a few bullets at it. Then as it begins to drop, use Time Freeze (left D-pad for EMP, left D-pad to select Time Freeze) to freeze the enemy in the air again. Once the enemy begins to fall use Slash Blast once it has recharged and let the enemy drop to gain the achievement. At no point kill the enemy, they must be kept alive. If your attempt fails you can simply restart the checkpoint and try again. The video below will show you how it is done at 30:01. 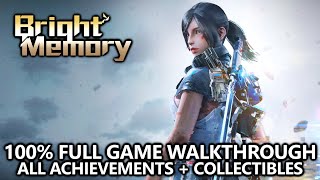 Join us on Discord
SEARCH FORUM TOP
Click below to copy