BloodRayne Betrayal Fresh Bites is an enhanced version of the action-packed 2D hack and slash side-scrolling platform game called BloodRayne: Betrayal that was originally released in 2011. The Brimstone Society has summoned Rayne for one last mission, to lead a group of soldiers into a giant underground castle to do battle against none other than her own father, Kagan. With Raynes's arm blades and a handgun, the game will lock you in a castle with rooms full of enemies that will need to be taken down to progress through the levels. The game is set across fifteen diverse stages which can be replayed at any point. BloodRayne Betrayal Fresh Bites is available on PlayStation 4, PlayStation 5, Xbox One, Xbox Series X, Switch, and PC. Take a look at our tips to get help in the game. 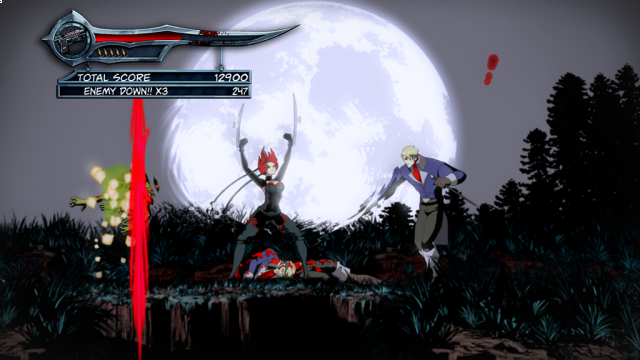 Chain Combos to get High Scores
BloodRayne Betrayal: Fresh Bites is similar to games like Bayonetta and Devil May Cry in that it features combo driven battles. In order to get a high score in BloodRayne Betrayal: Fresh Bites, you need to chain together multiple attacks, stuns, and bites. There are lots of combat encounters in the game, so you will have plenty of opportunities to hone your skills putting together combos while remaining mobile. You will be able to see how well you are scoring on each stage by keeping an eye on the combo scores near the top of the screen when they appear after each combo. At the end of the stage, those scores will be tallied, and you will be given an overall letter grade.
There are two different difficulty modes in BloodRayne Betrayal: Fresh Bites from which you can choose from, to get the most out of the game you need to select the one that best suits your experience. The two modes are 'Standard' difficulty which offers a rebalanced approach to gameplay or 'Classic' which is the same brutal version of the game that was released with the original game in 2011. If you are new to the game, it is recommended that you begin with the 'Standard' mode as a bit more forgiving and will give you an easier time getting used to the controls before tackling the 'Classic' mode which is a lot more challenging, and it is essential that you stay agile and deadly with your combos. You can swap the difficulty at any time from the stage selection menu. 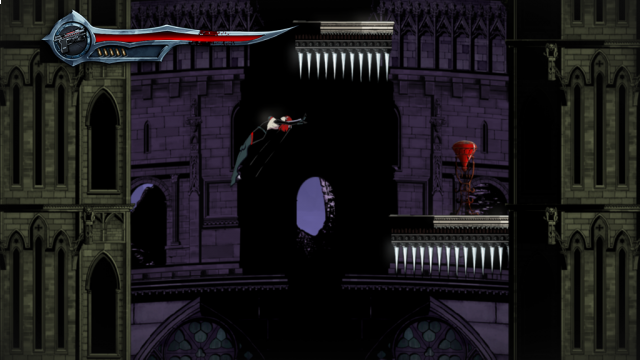 Perform High Backflips to Reach High Areas
BloodRayne Betrayal: Fresh Bites is a platformer and as you would expect from a game in this genre, there will be instances where there will be hard-to-reach areas that can be tricky to navigate to. Rayne is a very nimble character and one of her special abilities is that she is able to perform a high graceful backflip which will enable her to reach higher areas. This backflip is similar to that of Mario's backflip jump or sideways jump in games such as Super Mario 64 or Super Mario Odyssey. To perform this move, you need to run in one direction and then quickly backtrack and jump. Practice this move whenever you can during the early stages, so you can perform it competently, as it will come in very useful throughout the game.
In BloodRayne Betrayal: Fresh Bites, there will be sections where you will need to play as a raven to navigate through spike-filled locations in order to get to new, out-of-reach areas. Rayne gets the special ability to transform into a raven from the strange white-haired man called Raven. If you approach these mini gameplay sections as you would the arcade game Flappy Bird you will be able to traverse them without too many problems. This means you need to continually hit the flap button on your controller to keep the raven aloft. These sections tend to be short and have checkpoints. 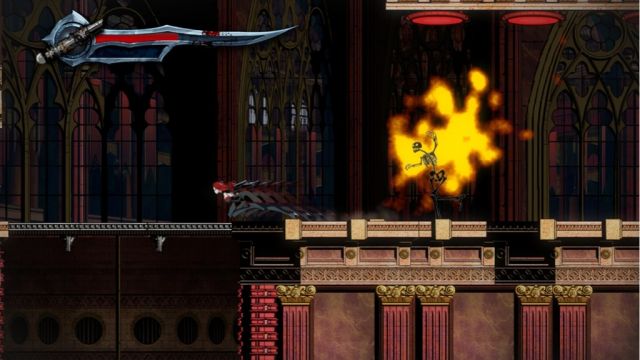 Master the Dash
Rayne has several superhuman abilities, one of which is a dash move, which you will need to use heavily during the game to survive attacks and traps. It is crucial that you master the dash maneuver and become competent using it while still staying in your combo if you hope to defeat the bosses you will encounter. You can also take advantage of the dash move by using it during a jump to traverse a bit further. This air dash will help you in the platform sections and make it easier for you to reach secret areas.
Scattered throughout BloodRayne Betrayal: Fresh Bites are red gems, which when found will boost your overall score at the end of the stage you are playing. To register the score boost they offer, you simply have to break the red gem open. There is also a red skull gem, which if you collect five will reward you with the choice of either upgrading Rayne's health or revolver ammo clip. The red gems can easily be found with a bit of exploring, but the red skull versions will require a bit of work as they tend to found in out-of-reach places.
In BloodRayne Betrayal: Fresh Bites you will have a powerful revolver which Rayne can use to take down foes that get in her way. This ranged sidearm is unique in that the bullets that if fires are wooden and deal massive damage to the enemy, in many instances one-hit kills. It is important to remember that you have a limited supply of these wooden bullets, so you need to make sure that you only use the revolver when necessary, this would be when you are outnumbered in a fight or to drain the health of larger enemies. When you are in boss battles, use the revolver to deal plenty of damage to their weak points. The revolver itself can be upgraded to have a larger clip, and more wooden bullet can be obtained as drops from the enemies you kill. 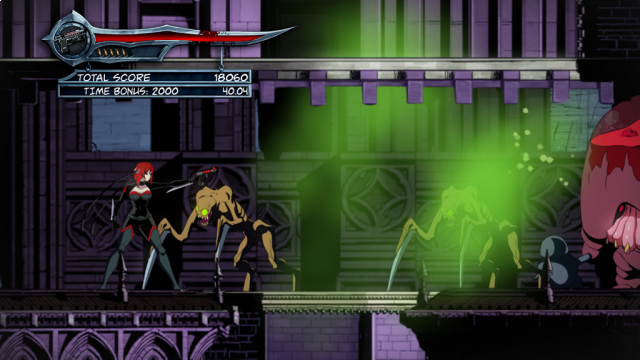 Avoid Light Damage
Rayne is a dhampir which in Balklans folklore is a creature that is the result of a union between a vampire and a mortal human. As Rayne is half-vampire, the light in the stages doesn't harm her, the only time light becomes damaging to her is when she comes into direct contact with a plethora of light beams. It is therefore essential that you keep an eye out for these areas and don't enter them. It is not always easy to distinguish these areas in the outdoor sections of BloodRayne Betrayal: Fresh Bites, as the yellowish light tends to blend in with the environment. If Rayne comes into contact with these light beams, she begins to take gradual damage that will slowly deplete her lifeforce.
BloodRayne Betrayal Fresh Bites Questions & Answers
Our Latest Questions
What powers does Rayne have?
How does Rayne gain Rage?
How does Rayne restore her health?
See All Questions
Have a question for BloodRayne Betrayal Fresh Bites?