PC PS4 XOne
Add Stuff / Ask Questions
Home Guides Apex Legends
Thank you for printing this page from www.SuperCheats.com.Remember to come back to check for updates to this guide and much more content for Apex Legends 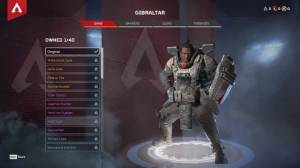 Gibraltar is a Shielded Fortress whose abilities allow him to effectively defend his allies with his shield and deploy a shield for them to prevent further damage. His unique shielding abilities make him a valuable defensive member to any squad during combat, particularly in an open terrain.

• Tactical Skill - Dome of Protection
Throw down a dome-shield that blocks attacks for 15 seconds.

• Special Ability - Defensive Bombardment
Call in a concentrated mortar strike on a position you mark with smoke.