Mortal Kombat 11 is a 2.5D fighting game where charactrs fight head-to-head on a 2D plane. During combat you will be able to use a variety of attacks, including special moves that are triggered with specific controller inputs. Mortal Kombat 11 features new gameplay features such as Fatal Blows and Krushing Blows and a new character named Kronika whose plan is to try to rewrite time to prevent an authoritarian Raiden from upsetting the balance of the universe by beheading Shinnok. Check out our Mortal Kombat 11 cheats and tips to find out how you can get the most out of the game.


Below is a collection of hints and tips that will help you in the game. These include fighting A.I. controlled opponents and how to avoid needless grinding.


Even if you are a veteran of the series it's worth taking the time to go through the tutorials in Mortal Kombat 11 as doing so will help you transition into a better player as it will enable you to progress through the character-specific walkthroughs easier and give you a better understanding of the game's mechanics.


If you are unsure of which character to choose you may want to consider playing through Stroy mode before playing in arcade matches as doing so will give you the opportunity to get acquainted with most of the roster in Mortal Kombat 11 and it will involve fun fights. Story mode should take you around 5 hours to complete.


There are several different combos you can quickly learn for each character by checking the quick reference combos in the pause menu. Taking the time to learn these combos will enable you to up your damage output and move versatility by a substantial amount.


Fighting computer controlled characters requires a different strategy from fightinng a real person. When dealing with computer characters, especially on the harder difficulties later in the story you will have an easier time defeating them if you mix up the variety of moves you use and don't just rely on one or two moves. This is because the computer is able to learn patterns fast and it will be able to block your moves and retaliate with ease if you keep using the same combinations.


Scattered throughout each of the different stages there will be elements in the environment your character can use to deal some damage to your opponent. To use these environmental attacks you will need to be within range of an environmental object that can be interacted with. Once this happens the object will begin to flash white and you will be able to trigger the attack by pressing the R1 button on PlayStation 4 or RB button on Xbox One.


A new mechanic called 'Fatal Blows' has been introduced to the Mortal Kombat series. These are special moves that deal a large amount of damage that only become available when a player's health drops below 30%, and can only be performed once per match. Makes sure when you health falls to that threshold and the prompt appears on screen you use this move to deal a ton of uninterrupted damage. If this blow lands it can potentially turn the tide of battle so make sure you use it when you find an oppening your opponent is unable to block.


In Mortal Kombat 11 projectiles are not as effective as close-quarters combat. The best tactic is to learn what moves your opponent likes to rely on and get right up to their face by blocking them and then follow up with a grab or hit. By playing aggressive defense you will be dealing damage rather than taking it.


Although fun to play the Krypt and Tower modes will involve a lot of needless grinding to unlock new items which are really not worth the effort. Instead of toiling away wasting time trying to unlock these items it is advised that you instead play through story mode before jumping online.

We hope these tips help you out in the game, we also have a Mortal Kombat 11 page where you can submit your own questions for other players to answer. 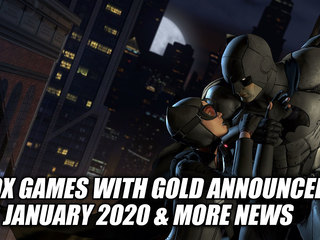 Microsoft has revealed the free Xbox Games with Gold coming in January. On Xbox One, Styx: Shards of Darkness and Batman: The Telltale Series will be free. On Xbox 360,.. Read More