Worms Rumble is a real-time 2.5 shooter that is a spin-off of the long-running Worms series. The game features arena-based 32 player cross-platform combat. You take control of an anthropomorphic worm and compete against other players in modes including Death Match, Last Worm Standing and Last Squad Standing. The game also features a variety of exotic weapons, such as Sheep Launchers, Plasma Blasters, and Sentry Turrets, which can be used to defeat enemies. Worms Rumble is available on PlayStation 4, PlayStation 5, Xbox One, Xbox Series X, Switch, and PC. Take a look at our tips to get help in the game. 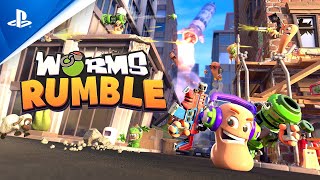 In Worms Rumble it is important that you choose weapons that will be most effective for the type of match you are playing and more importantly suits your playstyle. In total there are 10 different weapons you can find, this includes the Baseball Bat which is a weapon you have on you at all times and can be used to smash obstacles in your way or as a quick melee against a close worm.

The best weapon if you are playing Last Worm Standing mode which focuses on surviving rather than eliminating opponents is the Rocket Shield which is great defensively, it also has the Rocket Bash function to fight off all the enemies that are a little too close. If you are playing Deathmatch which is a timed mode it is recommended that you use a good long range weapon such as the Hand Cannon which deals solid damage and has good accuracy.
Worms Rumble introduces the Jetpack and Grapple Gun, these two utilities will help you considerably getting around the map. The Grapple Gun is basically a new version of Ninja Rope which is used to pull your Worm towards somewhere by casting it out and attaching it to the desired location. The Jetpack makes places easy to reach, but the downside to using it is that it makes you an easy target. Therefore, it is recommended that you only use it when there aren't many opponents around you. As with any battle royale, it is far safer staying on the ground and being as mobile as possible.
If you are playing Last Squad Standing mode, it is crucial that you pay attention to your minimap at all times in order to keep track of the game zones that have been shut down or are about to shut down. This will enable you to make sure you are out before they close up. It is important to remember that Last Squad Standing is a battle royale game, and you only have one life so if you are surrounded by too many enemies don't be afraid to use the minimap to escape by running to safety.
The best way in Worms Rumble to get around the map quicker and dodge attacks is by rolling, as it allows you to move fast as a smaller target. Rolling is not limitless, you will only be able to roll for 5-6 seconds before your stamina needs to replenish. Therefore, you will need to keep an eye on your stamina meter (circle indicator) to make sure you don't run out. To roll ingame during a match, you need to hold down the L2 button on your controller. There is an achievement/trophy called 'On The Roll' which can be unlocked by rolling for 1000 meters. If you roll here and there during matches you will get it in no time.
Worms Rumble ditches turn-based combat for real-time action. As is common with this type of game, the best strategy is to become a moving target as it makes you harder to take down. It is crucial though while you are traversing the map you are fully aware of your surroundings at all times, this means continuously scouring the area you are in for enemies who may be hiding waiting to ambush an unsuspecting player. If you stick around in one place, even though it seems like the perfect spot to ambush your opponents, it will just be a matter of time before you are discovered and easily eliminated from the game.
Worms Rumble is played at a frenetic pace, and it gets crazy from the start. Look to take advantage of the ensuing chaos that is all around you by blowing up enemies that are too busy engaging with each other to notice the flying Banana Bomb or the Homing Missile you have sent their way, which eliminates them from the game without ever knowing who took them out.
Make sure as you traverse the map you pay attention to your environment. This means making a note of the best spots you can utilize to your advantage if the need arises. It also means exploring everywhere, take elevators and climb into vents just to see where they lead. Wandering around aimlessly in the arena not knowing where you are going will make you an easy target for other players. 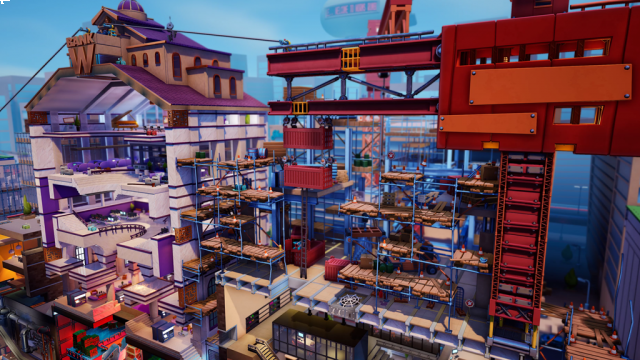 Explore Everywhere
It isn't only guns that you can find on the ground in Worms Rumble but also grenades and movement abilities such as the Jetpack and the Grapple Gun. Grenades are invaluable as they can be bounced from around corners or into a little nook an enemy is hiding in. A Holy Hand Grenade or a Banana Bomb is capable of obliterating a room full of enemy worms, making them worthwhile taking the time to pick up when you see them laying on the ground.
Worms Rumble Questions & Answers
Our Latest Questions
Does worms Rumble have local multiplayer?
Does Worms Rumble have private matches?
How do you bypass the Worms Rumble Training?
See All Questions
Have a question for Worms Rumble?