Mac PC PS4 XOne
Add Stuff / Ask Questions
Thank you for printing this page from www.SuperCheats.com.Remember to come back to check for more great content for .

Save Often
Wasteland 3 has an auto-save function which only happens after important sequences so it is therefore advised that you regularly do a quicksave to create a restore point you can return to so you avoid losing a lot of progress. Relying only on the game's auto-save can set you back considerably if you lose a minor fight before the auto-save happens.

Spread Your Skills Around
Wasteland 3 will use the squad member with the highest skill for the game's various skillchecks so it is important when you create your characters you spread the skills around to avoid multiple characters in your party being identical which can potentially leave you unprepared in some situations. This also includes gun usage, ammunition is scarce, so having multiple characters in your party using the same weapon type will cause your ammo reserves to rapidly deplete.

Two Player Co-Op
Wasteland 3 supports full two player co-op so you can play with a friend. If you decide to play co-op you have the option to split apart from your friend and do different activities, this means you can both collect rewards from mutually exclusive quest lines. Remember though if you play co-op you will be sharing an inventory. 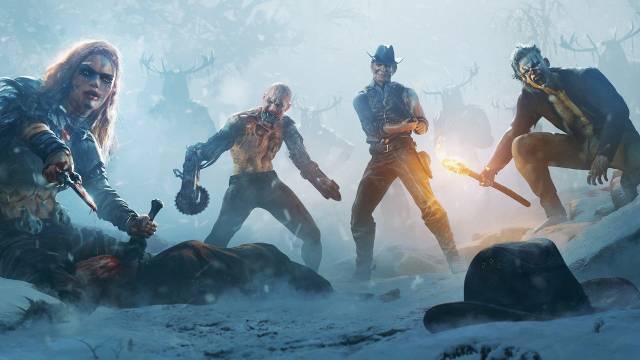 Stay Healthy
Wasteland 3 is full of combat and it can happen at any moment so you need to make sure your characters stay healthy. Having a healer in your party is a valuable asset as they will be able to top off your party with First Aid Kits and other medical items between combat encounters.

Recruit a Sniper
You should consider having a sniper on your team. Snipers can strike from range and they have powerful late-game abilities which can take down even the strongest and most armoured targets. Their downside is that their sniper rifle ammo is expensive.

Consider your Reputation and Fame
Your reputation and fame will determine how you are percieved by each of Colorado's factions so it is important to think how other factions will react when words of your actions spread throughout the frozen wastes. When making decisions don't just think about the faction you are directly interacting with, but everyone you have come across.

Highlight Objects
If you are not paying attention it can be easy to miss things in Wasteland 3. To ensure you do not miss any nearby interactive objects you can highlight them by pressing L2 on your controller. Objects that will be highlighted include chests, switches, and corpses.

Don't Avoid Random Encounters
Don't avoid the random encounters when you are roaming the overworld in the Kodiak as skipping them can mean missing out on powerful gear, loot, and resources. If you can use a skill to secure the first shot you should strongly consider engaging when you run into enemies.

Buying from Merchants
When you find a new merchant hold back from picking up the weapons, armour, and upgrades they are selling as there is a good chance you will find them anyway in the area surrounding that merchant in chests or drops from the local enemies or creatures.

Get a 20% Discount at the Bizzare
The Bizzare is the first major market you will come across in Wasteland 3 and you should hold off from buying there straight away. Instead look for Flab the Inhaler, the guy who is in charge of the Bizzare, he will give you a quest called 'A Nightmare in the Bizzare' which involves killing out the Payaso gang that is hiding out in the tunnels below. If you compete the quest you will be given a permanent 20% discount thoughout the entire Bizzare which will make the price for new guns, armour, and ammo much more bearable.

Added By Dennis
Sep 1st 2020, ID#234| REPORT
Report
Please tell us why you are reporting this submission?