Cheats, Tips and Questions for Warsaw

Warsaw is a turn-based tactical RPG set in the Polish capital of Warsaw in 1944, during the peak of the Second World War with the German army closing in from all sides. You play as the Warsaw Uprising, leading a small, dedicated outfit of civilians and soldiers with their unique skills in their fight to take back the city besieged by occupying Nazi forces to bring about the liberation of Poland. Warsaw is available on PlayStation 4, Xbox One, Switch, and PC. Take a look at our tips to get help in the game.

Providing you are able to afford their cost in supplies you can have as many voluteers at your hideout as you want. Even though volunteers are not as customizable as the named characters in the game the random skill and weapon they recieve when they are recruited makes them useful in battle. Volunteer abilities on average cost less ammo than the named characters which basically means they can last longer in a firefight and you can also if necessary use them as human shields without being penalized in any way. 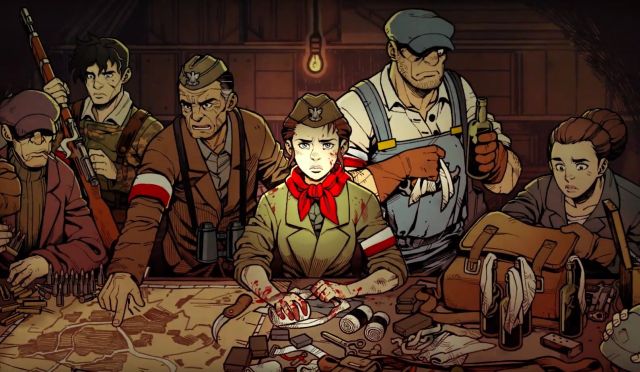 Take Advantage of Volunteers
All of the characters in Warsaw have got 3 levels of injuries. Each level basically equals how many days it will take for them to fully regain their health. If you are forced to go on a mission with injured characters you need to make sure you take those that have the most HP. It is therefore essential that you take 1-2 healers with you so they can attend to your injured characters quickly during a mission if they sustain more damage. 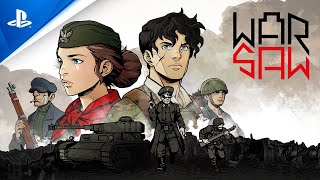 Warsaw Trailer
Always target the high damage enemies first in a firefight, if you don't take out these enemies early you will inevitably end up having to use healing ablilies which will reduce your damage output. High damage enemies are those that consistently deal 15+ damage per ability, these include area of effect abilities, damage over time, and multiple activations. These enemies will be in the form of machine gunners, SS grenadier, brennkommando, mortars, riot troopers, and the rifleman.
As you run around the streets of war-torn Warsaw searching for supply boxes and completing mission requirements it is inevitable that you will encounter enemy patrols. When you do so it is in your best interests to avoid them, the best way to do this is to use the uban areas of Warsaw's districts to block their line of sight. There are three different types of enemy patrols in Warsaw and being able to identify them will enable you to take the appropriate action.

Dormant Patrols
This type of patrol will not attack unless you initiate combat.

Aware Patrols
This type of patrol has a small detection radius and will automatically initiate combat if you are either in that radius or they have a line of sight.

Active Patrols
These are the most dangerous patrols as their detection radius is large enough that they will be aware of your presence even if they do not have a line of sight.
As the Warsaw Uprising gets underway you will have to decide which allied resistance cells you want to support. Make sure you prioritize supporting those that are in districts that are on the brink of surrendering or reducing their supplies. The reason why you should prioritize these particular cells is that each district provides supplies, essentially the main currency for acquiring ammunition and equipment and the longer you are able to keep these districts at a high morale the more they will maintain their supply income for your effort.
One way in which you can create a steady income in Warsaw is to repair the damaged weapons you get during the game. Repairing the damaged weapons will come at a supply cost but the repair which will usually be half of the revenue you would gain from selling the weapon. Therefore as you will not need all the weapons you repair selling them ensures a steady income.
Warsaw Questions & Answers
Have a question for Warsaw?
Achievements & Trophies

There are 35 trophies for Warsaw on PlayStation 4.