Cheats, Tips and Questions for The Hong Kong Massacre

The Hong Kong Massacre is a top-down shooter game that places you at the center of a hard-boiled revenge story, filled with brutal, cinematic shootouts and vivid underworld locations. Take on the role of a former police detective bent on exacting vengeance for his partner's murder and use of a mixture of raw firepower, slow-motion and dive/dodge mechanics to tear your way through the criminal ranks. The Hong Kong Massacre is available on PlayStation 4, Switch, and PC. Take a look at our tips to get help in the game. 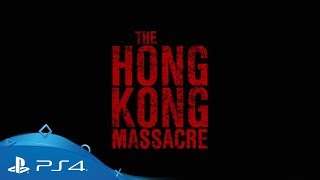 You begin The Hong Kong Massacre with a pistol which is not a powerful weapon. After you complete the first mission make getting the assault rifle your priority. The assault rifle costs only 1 Challenge Point (1 star) and once you have it you will find it a lot easier to take down enemies as it is able to shoot more bullets before you run out of ammo and has a much better fire rate than the pistol. The assault rifle has 4 upgrades which cost 2, 5, 8 and 10 stars and will improve the specs of the weapon considerably when you eventually get them.
In The Hong Kong Massacre it is more beneficial to take your time and try to take in as much information from your surroundings as possible, this means remembering the layout of rooms, where enemies were positioned, and what weapons they were carrying. As this is a one hit, and you are dead game it is essential that you do this in the later levels in order to figure out where you made a mistake and what you can change in your next run to prevent it happening again.
In The Hong Kong Massacre you are supposed to die frequently, after all this is a one hit, and you are dead game. Don't worry even if you get killed a dozen times in a level because each new run will familiarize you with the enemies you are up against and the rooms' layout. Over a period of time you will eventually figure out the best way to deal with the adversaries that are opposing you.
The Hong Kong Massacre Questions & Answers
Have a question for The Hong Kong Massacre?