Terminator: Resistance is a first-person shooter game based on James Cameron's sci-fi Terminator series. The game is set in a post-apocalyptic 2028 and 2029 Los Angeles. You take the role of Jacob Rivers, a soldier from the Resistance led by John Connor against Skynet's robotic killing machines. The game features multiple possible endings. Terminator: Resistance is available on PlayStation 4, PlayStation 5, Xbox One, and PC. Take a look at our tips to get help in the game. 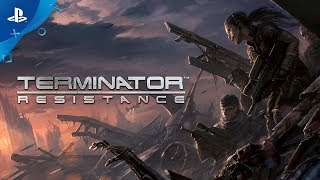 The easiest and fastest one of these side objectives to complete is 'Not a Toy' in the warehouse district. In order to complete the task head round the back of the Big Jeff restaurant and go up the stairs. Then turn right and go through the door. Now turn left so that you head to the other side of the room. If you then turn left and open the first door on the right you will find the puppy.
To get the No Hope achievement/trophy you need to open the unlockable door in Pasadena. You will be able to do this at the very beginning of the quest 'Back to Pasadena'.

To begin with head east when you spawn in the area and continue going so that you pass through the collapsed building, so you come to a lone door that is not attached to anything. In order to open this door you will need to have upgraded the science skill 'Lockpicking' to Level 3. The achievement/trophy unlocks once you have opened the door and walked through it.
It is recommended that the first thing you upgrade in Terminator: Resistance is the backpack, so you are able to collect more materials and resources in order to craft more things that will help you in the game.

Crafting can only be done at a crafting table, which can only be found in the safe houses that are scattered throughout the game. Keep in mind that this game has a skill tree so leveling up the different science, stealth, and combat skills will unlock different crafting options as the game progresses.
To get the Second Generation achievement/trophy you must obtain Skynet security codes from a fallen HK tank. During the main mission 'The Codes' you will be tasked with going and collecting a device, then going and downloading Skynet codes from an HK Tank using that device.

The easiest way in which to do this is to grab the rocket launcher just to the left of the ruined building. When you reach the HK tank it will still be operational, so you will need to defeat it. Shoot it in the head and then while it is stunned go behind it and use the rocket launcher to shoot a rocket into the core on it's back. After you have defeated the HK tank you will be able to hack it's mainframe to download the required security codes.
To get the It's a Bird... Achievement/trophy you must destroy a T-800 Flamethrower by shooting it's fuel tank. The first time you will encounter a terminator that is equipped with a flamethrower will be during the quest 'Back to Pasadena' when you see two T-800's patrolling as you make your way towards the dispensary. All you need to unlock the achievement/trophy is sneak up behind one of them and shoot it's fuel tank, so it explodes.
Terminator: Resistance Questions & Answers
Our Latest Questions
Is there any way of cheating to get all weapons?
See All Questions
Have a question for Terminator: Resistance?
Videos

Join us on Discord
Are you an expert in this game? Can you help Terminator: Resistance players?
Reviews
No reviews listed yet.