Star Wars: Republic Commando is a first person shooter game that takes place between Star Wars: Episode II Attack of the Clones and Star Wars: Episode III Revenge of the Sith. You play as a member of 'Delta Squad', an elite group of clone commandos, through three missions during the Clone Wars. Your squad will be assigned to missions that range from hostage rescue to assassination on many recognizable worlds from the Star Wars universe. You can play multiplayer game modes such as 'Capture the Flag' and 'Deathmatch' online. Star Wars: Republic Commando (2021) is a remake of the game that was originally released in 2005 on the Xbox and PC. The remake is available on PlayStation 4 and Nintendo Switch. Take a look at our tips to get help in the game. 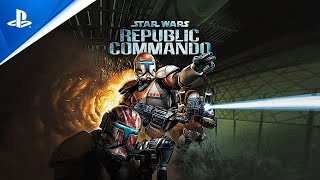 During missions in Star Wars: Republic Commando, the game will give you prompts on screen indicating that a squad member is required to access something. An example of this is to press A on your Switch Joy-Con controller to command a teammate to hack into a door. Most of the time letting the clone troopers in your squad deal with these tasks is the easiest option, but remember that you can always perform these tasks yourself, which in some situations can be more beneficial than delegating a teammate.
There is no strategic reason to keep the clone trooper helmet on in Star Wars: Republic Commando other than to stay in character as the leader of Delta Squad. You will find it more beneficial if you go to the HUD options and choose to remove the helmet as doing so will give you a clearer view of the battlefield as the graphics and frame rate with the helmet on tend to make your view a bit blurry.
If you have access to headphones, it is recommended that you use them in Star Wars: Republic Commando. In this game it is important that you pay attention to what your teammates have to say as it can be the difference between life and death and this can sometimes be difficult with explosions and gun fire going off all around you. Wearing headphones will help you to focus on their dialogue through all the noise, and it will also give you a better game experience.
Your teammates in Star Wars: Republic Commando know how to handle themselves in a firefight so unless one specifically requests your help for whatever reason you can leave them be and focus on doing what you need to do. The biggest exception to this is when you encounter big targets like the Super Battle Droids, where to take them down will require communication with your squad to attack them from all sides. If you are the only one standing in your squad, you will need to aim for the red light port on the side of Super Battle Droid's chest, which behind it contains valuable internal machinery and fuel circulatory veins. If you can hit this weak spot enough times, you will destroy this enemy.
In Star Wars: Republic Commando you will not be able to fire your weapons like a madman as the game has friendly fire which means you can accidentally kill your teammates if they get in the way of your shots. Unfortunately, there are no options to turn it off, so you will need to be constantly aware of where your teammates are when firing your weapons and tossing grenades. However, as long as there's at least one member of your squad alive, you can always be revived. 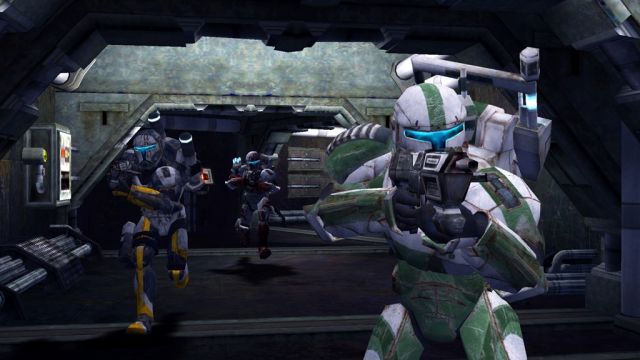 Avoid Friendly Fire
Make sure as you play the missions in Star Wars: Republic Commando, you regularly save your progress. Saves will be done automatically when you reach the checkpoints that are scattered throughout the game. You can manually save the game at any time by pressing the Minus button on your Switch Joy-Con controller to create a quick save. It is recommended that you take advantage of this at the start of a new mission and just before you tackle a dangerous situation. You are not restricted in the number of quick save's you can make, and they do not take up much space on the Switch.
Star Wars: Republic Commando (2021) Questions & Answers
Our Latest Questions
Where are the Explosive barrels?
How do you get the DC-17M Anti-Armor weapon atta..
How do you get the DC-17M Sniper weapon attachme..
See All Questions
Have a question for Star Wars: Republic Commando (2021)?