Samurai Warriors 5 is a hack and slash game that is spinoff of the long-running Dynasty Warriors series, the game features an all-new storyline, revamped character designs, and a new visual presentation. The story takes place after the Onin War during the golden age of the Sengoku period, and features a story that centers on the lives of two of the most representative military commanders of this era: Nobunaga Oda and Mitsuhide Akechi. Like previous games, you will face against hundreds of enemy soldiers in a battlefield, with the objective usually being the defeat of an enemy commander. The game features a new Hyper Attack, which allows the player to traverse a great distance while attacking enemies, and Ultimate Skill, augments that, depending on their type, can be used to continue combos, regenerate Musou Gauge, stun enemies, or deal a barrage of attacks. The game uses an art style resembling traditional Japanese painting. Samurai Warriors 5 is available on PlayStation 4, Xbox One, Xbox Series X, Switch, and PC. Take a look at our tips to get help in the game. 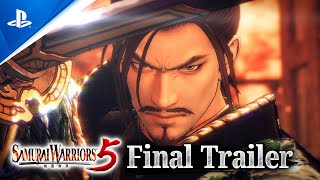 When in Citadel mode, the characters in Samurai Warriors 5 will develop friendships with one another the more they go into battles together. If they continue to fight together their friendship level will eventually reach it's maximum level and when this happens you will get access to special scenes that are not accessible in Musou mode. 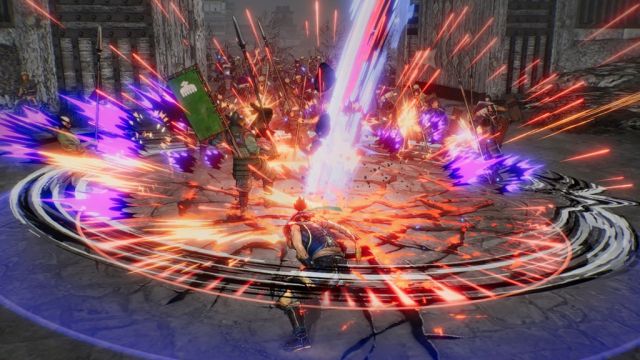 Ultimate Skill 1: Collector
This will cause the enemies you defeat in battle to drop more skill gems.

Ultimate Skill 2: Wealth
This will cause the enemies you defeat in battle to drop more gold.

Ultimate Skill 3: Wisdom
This will cause the enemies you defeat in battle to drop more EXP.

Ultimate Skill 4: Luck
This increases the chances of good things happening to you.

Remember, after you have finished farming to switch back to your normal..
The two main characters in Samurai Warriors 5 are Akechi Mitsuhide and Nobunaga, and it is important that you continually upgrade and improve them by training them regularly as you progress through the game, as doing so will make late-game fights much smoother. Do not worry about trying to reach higher levels with the other characters in the cast, just concentrate on Akechi Mitsuhide and Nobunaga initially.
The Hyper Attack is an action in Samurai Warriors 5 that allows you to travel a great distance while attacking your enemies. This attack acts as the starting point for any battle. This attack begins by rounding up the enemy into one place, which then allows you to annihilate them quickly with combos that combine regular attacks with Power Attacks. Take advantage of Hyper Attacks to end battles quickly.
Ultimate Skills are new to Samurai Warriors 5, they are incredibly powerful actions that can be used during battle, you can equip up to four types of Ultimate Skills at any one time. In order to effectively use Ultimate Skills to gain a significant edge over your opponent, you will need to master them, as they require precise timing. Ultimate Skills should only be used at appropriate times to maximize their effect. Always have Recuperation equipped along with an attack command. Pride is also a good Ultimate Skill to have equipped, as it raises your attack power. Make sure you raise the Musou gauge, so you can unlock Ultimate Skills in the skill tree for every character as soon as possible.
In Samurai Warriors 5 your Musou Gauge is used to land devastating Frenzy attacks which are capable of changing the tide of battles. Some abilities will speed up the process of filling your Musou Gauge quicker than others, so it is recommended that you use these to raise your Musou Gauge if you want to focus more on your frenzied assaults. The Musou Gauge is also used to trigger the elemental properties of your weapon. 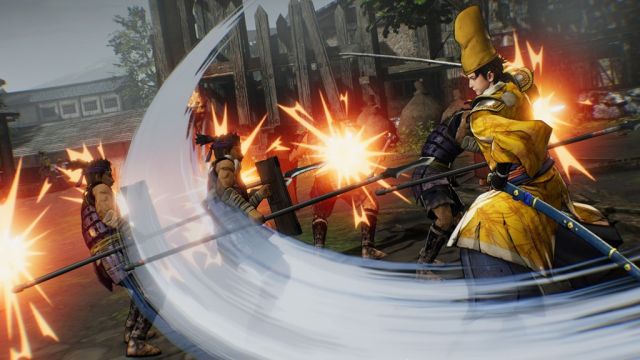 Use Weapons that Increase your Power Strike
Each character in Samurai Warriors 5 is skilled with a certain weapon, and equipping them with that specific weapon will increase their Power Attack. When the character wields this weapon, it transforms their attack into a unique Power Strike that is much more powerful than a regular attack with the weapon. Make sure you have at least ..
In Samurai Warriors 5 you can craft much more powerful weapons than what you can find on the battlefield. In order to craft weapons, you must first unlock the Blacksmith, which is achieved by playing through the first chapter in Musou mode. Useless weapons you have in your inventory can be dismantled for their gems, which can then be used to make your chosen weapons stronger. However, the strength of the weapon is determined by the level of the Blacksmith, so it is recommended that you upgrade the Blacksmith on a regular basis.
During fights in Samurai Warriors 5 it is inevitable that you will encounter various warlords who will possess excellent blocking and counterattacking skills which will give you problems if you do not take them down fast. To prevent warlords from counterattacking, you need to shock them with a combination of two basic strikes followed by a Power Attack. When you perform this sequence of moves you will stun the warlord which will allow you to finish your combination without worrying about them blocking and counterattacking your attack. 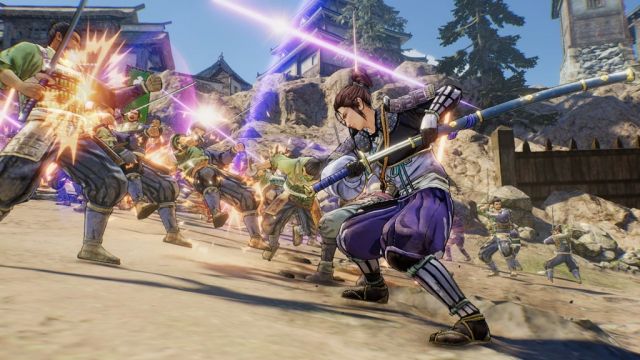 Regularly Train in the Dojo
Training at the Dojo will enable you to strengthen your characters and change their equipment, you will also be able to gain Weapon Mastery points and EXP by defeating opponents there. It is therefore important that you regularly spend time in the Dojo, particularly with new characters you unlock in order to increase their Weapon Mastery, so they are abl.. 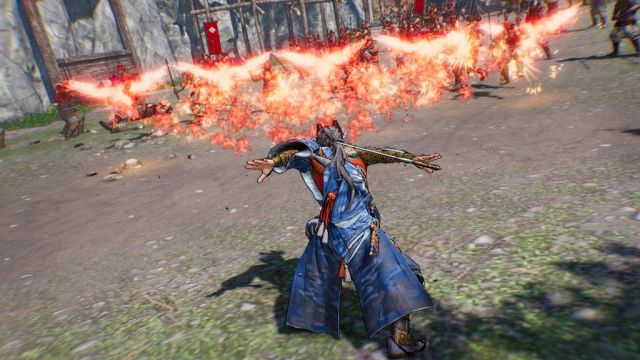 Use the Sweeping Combo to Defeat Groups of Enemies
In Samurai Warriors 5 you can combine your basic strikes and charge attacks to deliver a devastating assault on your enemies that is capable of taking down a large group of them in one go. In order to unleash this powerful 4-attack sweeping combo against a horde of enemies, you need to press the basic attack th..
Samurai Warriors 5 Questions & Answers
Our Latest Questions
How many characters are there to unlock?
How do you save the game when you need a break?
How do you increase your moral?
See All Questions
Have a question for Samurai Warriors 5?