Quake Remastered is an update of the game that was first released 25 years ago. Quake Remastered is a first-person shooter game where you must make your way through various maze-like, medieval environments while battling a variety of monsters using an array of weaponry. The game takes heavy inspiration from gothic fiction and the works of H.P. Lovecraft. The remastered version of Quake will include its expansions, such as The Scourge of Armagon, Dissolution of Eternity, and Dimension of the Past. As a bonus, a new expansion has been created for the remastered version called Dimensions of the Machine, offering veteran players a new campaign. Quake Remastered is available on PlayStation 4, PlayStation 5, Xbox One, Xbox Series X, Switch, and PC. Take a look at our tips to get help in the game. 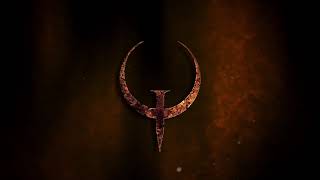 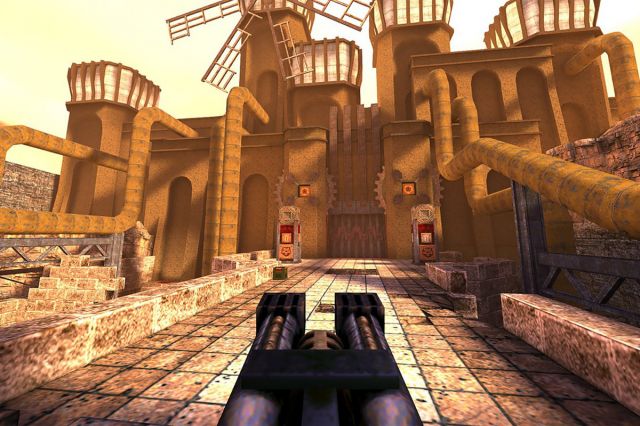 Learn the Maps
Each of the multiplayer maps in Quake Remastered has it's own unique layout and design, and one of the quickest ways you can dominate a Deathmatch is to become familiar with each of them. Learning the maps is important because the spawn points for pickups remains the same, which means you will know where all the best guns, power-ups, and health can be found on them.
Even though do not get penalized if you get killed in a Quake Remastered Deathmatch there is no point trying to take on a player if you are running low on health or if they are wielding a significantly more powerful weapon than you. When faced with those situations, it is in your best interests to run away from the fight if you know there is no way you can possibly win.
One advanced technique that is particularly popular with pro players in Quake Remastered Deathmatches due to it enabling them to reach high places is the rocket jump. This is performed by timing a regular jump with the explosion of one of their rockets fired from their rocket launcher. Try to become proficient in rocket jumping, so you are able to take advantage of it's benefits.
An effective tactic to employ in a Quake Remastered Deathmatch when you engage in combat with an enemy is circle-strafing. This basically means you keep on the move to avoid enemy fire by strafing either left or right, while at the same time keeping your foe in your sights by aiming with your mouse or the thumbstick of your controller. This technique enables you to return fire and turns a defensive maneuver into an offensive one. 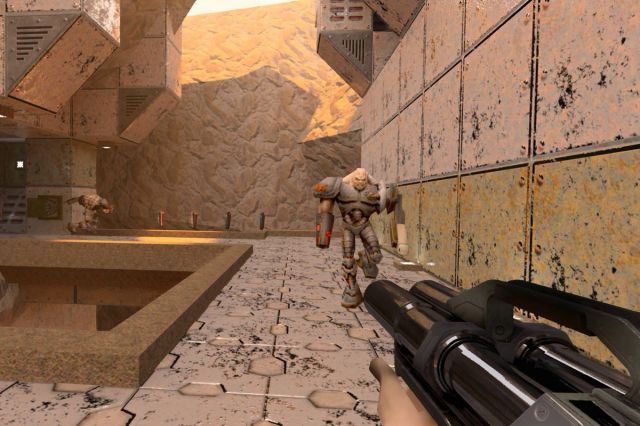 Circle Around the Enemy
One of the new features added to Quake Remaster is the introduction of bots. Take advantage of this feature by adding a few easy bots to the map of a multiplayer Deathmatch mode and practice against them without having the pressure of other players around you.
Quake Remastered is no different from any other battle royale game in that you should constantly be moving in order to make yourself a difficult target for other players. Even if you find a great vantage point that allows you to see all the other players, it is still advised that you keep moving, as staying stationary for long stretches of time in one place usually leads to you being cornered or other players ganging up on you.
Take advantage of the first few seconds of a Deathmatch when players make a beeline for the best weapons and power-ups on the map. Instead of trying to beat them to the weapon or power-up, be sneaky and take advantage of them while they are focussed on reaching their objective by attempting to take them out while their backs are turned.
To unlock Nightmare difficulty in Quake Remastered, you need to enter any of the three portals, so that you are teleported to a room with four walkways to each of Quake's four episodes. Head toward the fourth hallway for 'The Elder World' and you will see a small pool of water. Entering episode four requires you to fall down, but while falling, you will notice a wooden beam that you can land on. Trying to land on this small beam may take several attempts, but once you do so, walk across it until you find an alcove that leads to the portal for Nightmare difficulty. Keep in mind that once you complete episode four, Nightmare difficulty will no longer be selectable.
Quake Remastered is different from most modern battle royale games, where you get eliminated from the match if you are killed. Deathmatches in Quake are all about trying to rack up as many kills as possible within the time limit, regardless of how many times you die in the process. You will not get penalized for dying, so use it to your advantage by always jumping into the middle of a firefight in order to rack up those kills.
Although you will not be penalized if you are killed in a Quake Remastered Deathmatch it is important to remember that you will spawn with your default weapons which will make it harder for you to defend against other players. It is therefore advised that you try not to get killed unnecessarily, otherwise you will find yourself vulnerable to players taking advantage of this knowledge by targeting players as they respawn to score an easy kill.
Quake Remastered Questions & Answers
Our Latest Questions
What is the best way to deal with the Vores fire..
Where can you find random power-ups?
How do you not get burned by the lava?
See All Questions
Have a question for Quake Remastered?