Cheats, Tips and Questions for Psychonauts 2

Psychonauts 2 is a third-person platform game that has similar gameplay to its predecessor. You play Razputin Aquato, a trained acrobat and powerful young psychic, who has realized his lifelong dream of joining the international psychic espionage organization known as the Psychonauts. Using his powerful psychic abilities, you must explore the mental worlds of several non-player characters in order to stop the murderous psychic villain, Maligula, coming back from the dead. Psychonauts 2 is available on PlayStation 4, Xbox One, and PC. Take a look at our tips to get help in the game. 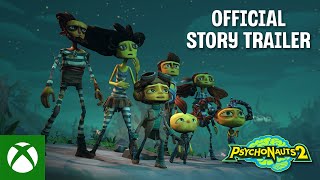 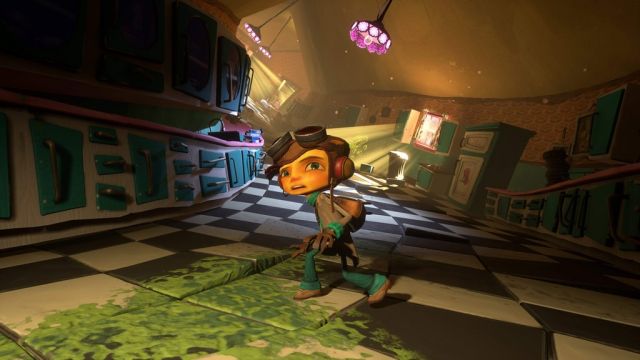 Explore
Make sure you take the time between missions to explore the free-roam locations in Psychonauts 2 as they will enable you to find collectibles, spend your Psitanium at Otto-matic shops and find the optional side missions which you can then be completed to increase your Intern Rank. The collectibles you will find in the free-roam locations like the Motherlobe include PSI Challenge Car..
A PSI Pop is a collectible found in the mental world of Psychonauts 2 that can replenish and cure your health. If you are not at full health and do not want to waste a PSI Pop, you can smash the destructible objects you find for a chance of green healing orbs dropping as well as Psitanium. The green healing orbs will restore a couple of Mental Energy brain segments, which will bring Raz's health back up. You will find that nearly all the areas in the mind levels will have some type of object that glows green, which will drop healing orbs when destroyed. Don't forget that defeated enemies occasionally drop healing orbs too. PSI Pop is also accessible in Otto-Matic, which is helpful if you are unable to achieve Positive Mental Health in a timely manner during a level.
During the early stages of Psychonauts it is important that you try and bolster your Intern Rank as much as possible by trying to get 100% in the first few levels by collecting everything. Don't panic if you are unable to find everything before the game ends, as Psychonauts has a post-game state where you can explore freely and gather anything that you may have missed for whatever reason. 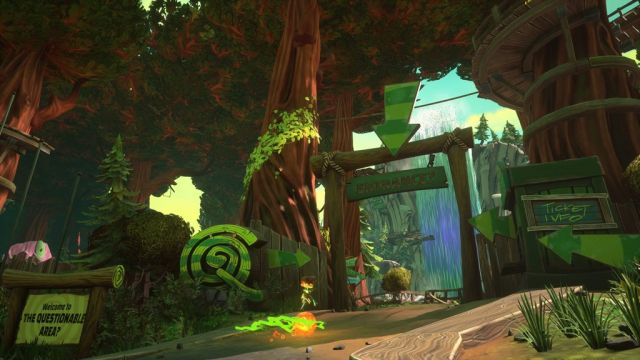 area
The easiest way in which you can increase your Intern Rank in Psychonauts 2 is by searching the free-roam locations for PSI Challenge Markers, which will give you an entire Intern Rank. You can also craft PSI Challenge Markers by purchasing PSI Challenge Marker Core from an Otto-matic shop and then combining it at the shop with 9 PSI Challenge Cards.
In the early levels of Psychonauts 2 the Clairvoyance power is not much use so do not put your Intern Cerdits into it, all it basically does is allow Raz to see through an NPCs vision. To begin with, it is far more beneficial to focus on the more versatile powers like Mental Connection, Pryokinesis, and Telekinesis. It is not until you reach Intern Rank 102, which is the highest rank, that you will unlock Limitless, the final Clairvoyance upgrade which removes all cooldowns for your abilities.
There is no sprinting mechanic in Psychonauts 2 which means Raz's movement is slow. You can however compensate for this by using the Levitation power Raz gets early in the game. With the Levitation power equipped you will be able to travel and platform a lot easier, it will also come in handy during combat too. Using Levitation in the air will make Raz summon a small balloon which slows and controls his descent. Deploying the balloon when platforming will make jumps far more forgiving. Levitation can also be useful on the ground, as it enables Raz to summon a ball under his feet that he can roll on to increase his travelling speed.
It is recommended that you try to upgrade the Levitation power to it's third-tier as soon as possible. This upgrade is called Bouncy Ball, and it allows Rez to charge up for a higher bounce. When you reach the late-game, having the Bouncy Ball ability becomes essential for gathering some collectibles. 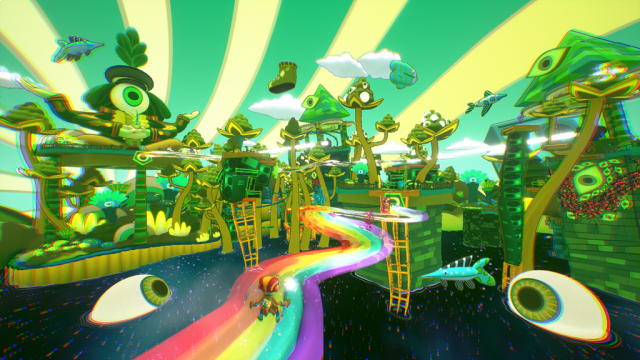 How to Find Collectibles
Don't worry if you missed any collectibles early in the game because once you have completed the first couple of mind levels you will gain access to the Collective Unconscious, which will allow you to replay slightly condensed versions of the mind levels and pick up whatever it is that you are missing. To access the Collective Unconscious, you need to go and see Sasha at the Nerve Cente..
Raz will only be able to carry 100 Psitanium at the start of Pschonauts 2 which is barely enough to purchase some of the most basic upgrades and items. Make sure when you reach the Motherlobe hub area where you will be able to use Otto-matic shops and spend your Psitanium you prioritize getting the Psifold Wallet upgrade which costs 75 Psitanium as this will increase your maximum capicity to 1,000 Psitanium which will help you considerably as it will allow you to get a couple of the more expensive Pins and upgrades on offer, such as the Mental Magnet. Later in the game you will be able to invest in the Astral Wallet upgrade for 750 Psitanium which will increase you maximum capacity further to 5,000 Psitanium.
One of the best Pins you can invest your Psitanium in is the Mental Magnet. Once equipped, it will allow Raz to collect Psitanium from further away, which will make gathering the currency a lot easier. You can get the Mental Magnet Pin at an Otto-matic shop for 200 Psitanium once you've reached Intern Rank 8. Not only will it make gathering Psitanium easier, it will also help you to gather the green health orbs you can get as drops from defeated enemies and from the glowing objects which you destroy.
Once you have completed the Hollis' Hot Streak which is the third brain level you will be able to visit Otto's Lab in the Quarry where you will be you can to ask him if you can rent out some gadgets. When you do so he will give you a camera and the Thought Tuner. Equipping the camera activates the game's photo mode which will enable you to take photos of the gameplay. The Thought Tuner is an en essential piece of equipment for finding several collectibles such as PSI Challenge Markers and PSI Cards in the game's hub worlds.
The main currency in Psychonauts 2 is Psitanium, and it can be obtained by breaking the dark clusters of purple rocks and crystals in varying sizes you find while exploring minds and the hub locations of the game. Psitanium is mainly used at Otto-matic shops to buy health items, storage upgrades, and Pins that modify your PSI Powers. Psitanium is most often dropped by enemies you defeat and from objects you destroy. When it comes to actually destroying the object itself, you will find that Raz's melee combo and ground-pound attacks work best, but if you need to break multiple objects at once, then use his Pyrokinesis PSI Power. 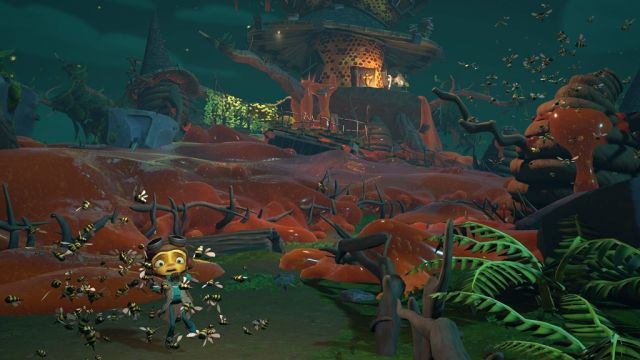 Enemies
As the combat in Psychonauts 2 is generally forgiving, there is no need to heavily invest in health items, especially at the start of the game when Raz has a maximum Psitanium capacity of 100. To begin with, it is far better to invest in the Psifold Wallet upgrade in order to increase the amount of Psitanium you can collect. Once you have the Psifold Wallet and a decent amount of Ps..
Psychonauts 2 Questions & Answers
Our Latest Questions
Can you 100% compete the levels in one run-throu..
How do you get past Green Needle Gulch?
Is content locked off in Psychonauts 2?
See All Questions
Have a question for Psychonauts 2?