Phoenix Point is a strategy game that features a turn-based tactics system. Set in 2047 on an Earth in the midst of an alien invasion, you start off in command of a lone base, Phoenix Point, and face a mix of strategic and tactical challenges as you try to save them and them rest of humankind from annihilation by the alien threat. Between battles, the aliens adapt through accelerated, evolutionary mutations to the tactics and technology which you use against them. Phoenix Point is available on PlayStation 4, Xbox One, Mac, and PC. Take a look at our tips to get help in the game. 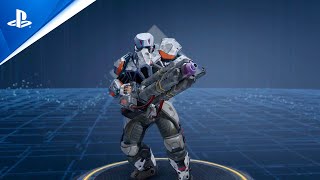 Certain pieces of equipment in Phoenix Point can only be unlocked by autopsying specific aliens, examples of this is the Arthron which will unlock the grenade launcher and the Triton which will unlock shotguns. Make sure you autopsy aliens as soon as possible, so you get your hands on useful pieces of tech which will make life a lot easier for your troops. 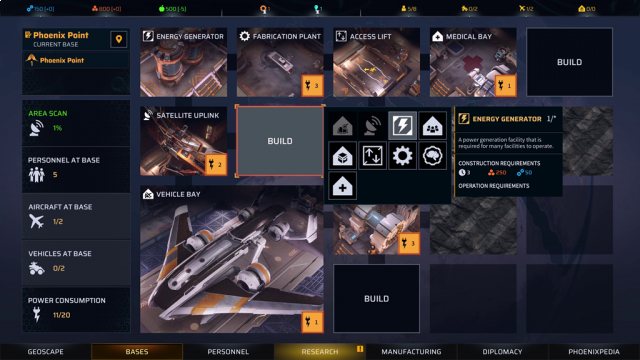 Recruit Troops from Havens
Your main source of recruiting new troops in Phoenix Point will be through the faction havens, which is why it is crucial that you discover their locations as quickly as possible, complete their introduction mission, and research Haven Recruitment Protocols. Once you have completed this procedure, you will be able to recruit a new member by flying to a haven while in the Geoscape. When the little soldier icon appears, you simply have to tap 'Haven Info' and then 'Recruit' and the new soldier will be added to your plane. If there is no space, the soldier will be magically teleported back to base. 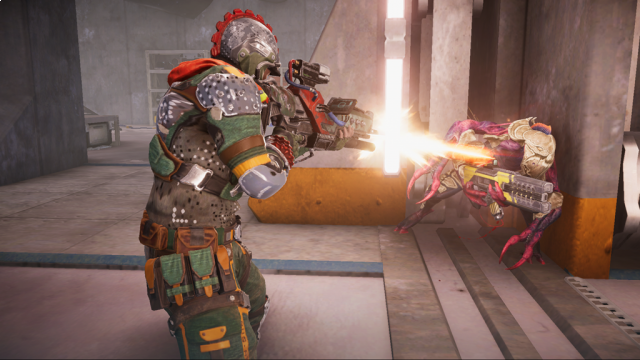 Disable Enemy Body Parts
You cannot rely on headshots to take down mutated invaders in Phoenix Point. The most reliable way to reduce the threat of an enemy is to prioritize disabling their weapon arms. When you disable a body part it inflicts bleed damage, disabling multiple body parts will enable you to stack bleed damage on tougher foes.
As soon as you complete the tutorial, be sure to research everything, this will include things like performing autopsies on enemy corpses and reverse engineer technology from other factions. Place whatever it is into the research queue as soon as you are able. The research queue stacks up, and it will take days to research everything. What you need to avoid is letting items sit in the 'Available' research box.
Make building a Manticore one of your first priorities, this is a troop vehicle that can be used to transport squads or land vehicles around the Geoscape for Exploration and fighting the Enemy, mainly Pandoran Flyers. Manticore's can be manufactured with the following resources:

Although creating a Manticore takes a lot of resources and in-game time, it is recommended that you take the time to build one as it exponentially increases your ability to take part in missions, explore for extra materials, and more. Alternately, you can always steal a Manticore from other factions.
After you complete the initial tutorial, you should make it your priority to explore the world of Phoenix Point. You will find points of interest on the map represented by a question mark and each of them have potential to be scavenging sites, random events, and havens.

Scavenging Sites
Scavenging sites, or supply missions, allow you to land on a site and gather resources such as precious metals and food for your soldiers. These sites will always have enemies, but not very dangerous early in the game.

Random Events
While exploring the world of Phoenix Point, there is always the possibility that a random event will occur. A typical random event is having to fend off waves of enemies for a few turns when you land on a site.

Havens
Havens are faction strongholds that you can either trade or raid for resources.
It is essential that you make contact with all three factions in Phoenix Point and befriend them as quickly as you can. If you do not make friends with factions, you will not be able to recruit troops and trade resources, which will result in you not getting very far in the game. You should be able to find at least one faction haven near your base when you start. 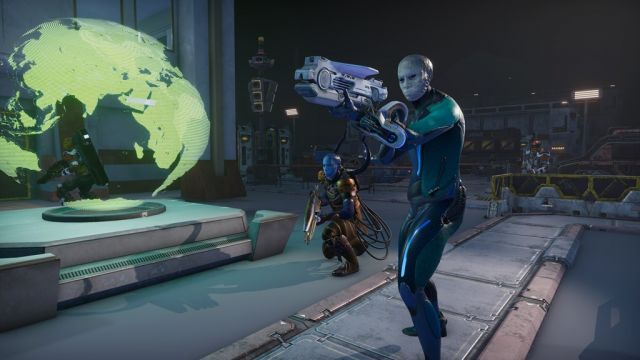 Only Reload when Necessary
It is important to remember that reloading your weapon is unlike other games where you will instantly refill your gun to full without losing any bullets, even if you'd only shot once. When you reload in Phoenix Point, you will lose whatever bullets you had remaining in your current magazine, this means with you should only reload when necessary to avoid wasting ammunition.
Some of the best upgrades you can get in Phoenix Point are aircraft, as they allow you to have more squads out in the world at the same time. The problem with this type of upgrade is that to build the aircraft requires large amounts of resources and time. If you want to get aircraft quickly without having to spend your resources, you can always steal them from factions by raiding their haven. It is important to remember that if you decide to go this route, the missions to steal the aircraft will be difficult. The easiest way to choose which missions to undertake is to get to 25 rep with a faction so that the faction reveals all their havens (about 30ish), then you can decide where to steal.
Phoenix Point Questions & Answers
Our Latest Questions
What should I do first?
How do you find new points of interest across th..
How do you heal or remove bleed from a mutoid so..
See All Questions
Have a question for Phoenix Point?