Cheats, Tips and Questions for One Leaves

Four teenagers trapped in a hellish labyrinth. Only one leaves; the rest of them are trapped forever.

This is the premise of the first-person horror title for the Xbox One and Windows 10. One Leaves is a free game targeted for the young teenagers to deter them from picking up smoking through horror and unsettling imagery. The entire game revolves around a real statistic, that only one out of four smokers escapes the dangers of smoking (hence the title) and will be "trapped".

The game is free to download and play in entirety for the Xbox One and Windows 10 and is intended to relay a good, life-saving message.

The gameplay is pretty simple. In the PC, you'll move your character using the standard WASD controls, look around using your mouse, and interact with objects, open doors, activate switches, and many more via left click on your mouse.

You're also not entirely left to your devices since you are advised to follow the red cables leading to the power breakers that you have to activate to unlock the gate leading to the next area. The final area will be a maze which will require navigation, with some visual clues to help you find the exit.

The game is fairly short, composed of three levels that can be completed within 10-20 minutes for the first attempts, including the full exploration needed to find optional rooms to unlock additional achievements. Subsequent playthroughs expected to be faster since players can stick to the main puzzles and path to reach their objective. You clear the game by finding your way out of the maze in the last area and you get trapped if the exit gets blocked, which can happen if you take a while navigating the labyrinth.

So far, the attempt to deliver the message via horror game format is expressive to the targeted demographic. The game features looming hallways, jumpscares, unsettling imagery, mild gore, and other staple elements you'll normally encounter in the genre while remaining relatable to the theme. (fleshy hallways, diseased mouths, tarred lungs, black ooze, etc).

As with any titles, the game is not perfect. There are notable flaws that may annoy players but not break their experience entirely. There are at least two 'clipping' points in the game (particularly in the hospital area), where your character will seem to be blocked by an invisible wall. You can circumvent around this by moving back and forth, or jumping. There are also some erratic FPS drops or your viewing angle will 'jump' to another angle even with minimal or no mouse movement from you.

The game's flaws are well within the expectations for a free game. They can be annoying but they're not game-breaking. I personally like the creepy vibe presented in the stages, and how the smoking theme elements are prevalent throughout the stages.

Overall, the game is a passable horror experience. Other players may even consider it as a free source of easy achievements to boost their overall achievement total. But one thing is for certain, the dangers of smoking are very real, and the damage it does will linger on its users for the rest of their lives. The message is clear, and delivering it by using this game is equally admirable.

As mentioned before, the complete game is free to download and play on Xbox One and Windows 10. We've also put together a complete guide to the game, to help you get through any of the tricky bits. It's a great chance to boost your achievement total as well getting the message that starting to smoke sucks.


Follow the wires on the floor! These wires will lead you to the right direction.

The order of the sections per floor seem to be randomly generated per playthrough, as soon as you get out of the vent. Each room will always have some sort of marker or identifiable landmarks that will lead to special rooms.

You may encounter clipping bugs on certain paths which will prevent you from moving forward even when there's no obstacle in front of you. Just move back, jump, and repeat and you should be able to get through after several attempts. 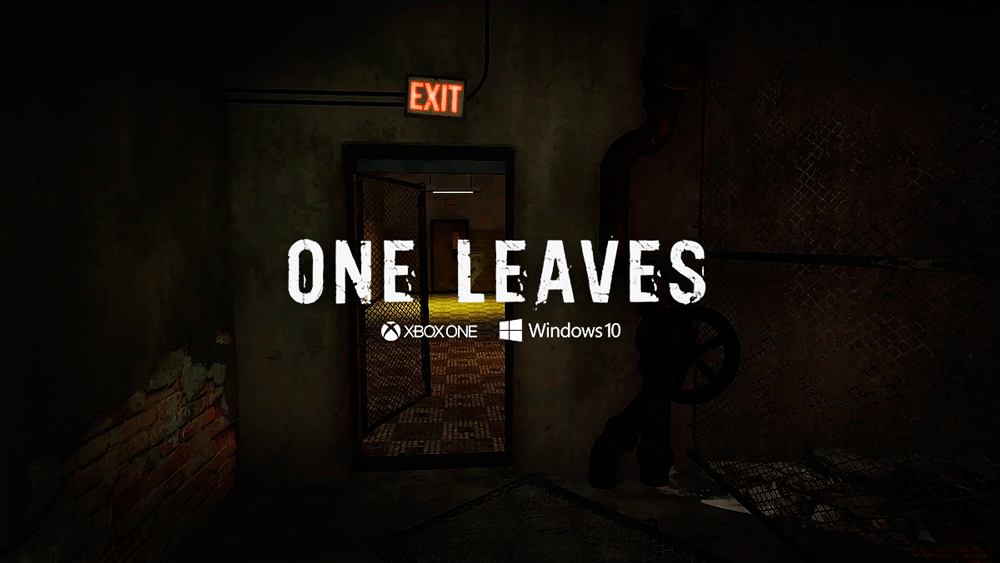 One Leaves Questions & Answers
Our Latest Questions
How large is the game?
Is the game replayable?
Can you change the control layout?
See All Questions
Have a question for One Leaves?