Cheats, Tips and Questions for No More Heroes 3

No More Heroes 3 is an action-adventure hack-and-slash game that follows Travis Touchdown's return to Santa Destroy. In this installment, Travis must defend the world from an alien invasion of an incredibly powerful army led by a galactic overlord prince and his nine assassins. The game returns to the series' open world format which was last seen in the first game, to explore a man-made metropolitan archipelago, taking on various side activities such as part-time job minigames, and defense missions where you must battle waves of enemies. No More Heroes 3 is available on Nintendo Switch. Take a look at our tips to get help in the game. 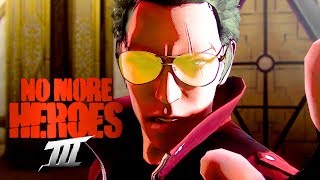 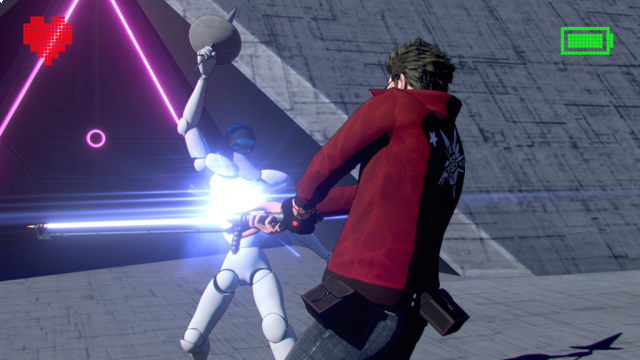 Buy Sushi to Heal During Combat
In No More Heroes 3 you can heal during combat by eating a sushi called Maguro. This takeaway sushi can be purchased from the Don Machi sushi stalls that can typically be found before a ranked battle and when consumed during a fight will provide temporary bonuses which includes healing. Maguro costs 500 UtopiCoins and you can carry up to five at one time. In or..
If you need extra money but do not want to waste time playing the minigames you can always earn cash as well as WESN and materials through fighting at Defensive Mission points, which will be marked with a pair of green crossed swords on your map. In these missions, you will be required to take on a pre-set number of enemy waves. Defeating all the enemies from one wave will summon the next until you have successfully cleared them all. You will need to mix up your strategy on each of the waves, as they each contain a different set of enemies to fight. It is recommended you come prepared for Defensive Missions by bringing some sushi with, as they can become challenging. As with the minigames, the Defensive Missions can be repeated infinitely.
In No More Heroes 3 there is no reason to stick with Travis' default attire as there are plenty of clothing options you can unlock to change the look of his appearance. In order to change Travis' clothes, you need to go to the wardrobe that can be found at the back of Travis' room at the motel in Santa Destroy. To change into the outfits themselves, you need to use the shoulder buttons on your controller to switch between them. Clothes are unlocked as rewards and added to Travis' wardrobe when you win ranking battles or find t-shirt icons when you explore the open world and complete the task the alien you talk to that represents them gives you. Remember that the clothing Travis changes into does not affect his abilities in any way, they are just cosmetic.
In order to craft chips for the Death Glove in No More Heroes 3 you will need to acquire junk for raw materials, and UtopiCoins to pay for development costs. Junk is dropped by the enemies you defeat and can also be earned by completing missions, always try and get the best grades possible on missions as this will result in you being rewarded with better junk. Use the device in Dr. Naomi's lab that lets you replay completed ranked battles to try and improve your grade. UtopiCoins can be easily earned by playing through the game. Make sure you regularly check back at the supercomputer to see if any more chips have become available to craft.
In order to save your progress in No More Heroes 3 you need to visit a restroom (toilet) which you will be able to find littered throughout the open world, usually just before ranking battles. One of these restrooms can be found at Travis' motel in Santa Destroy. Before you can use the restrooms that you find in the open world you must first complete a simple cleaning mini-game. It is important to remember that No More Heroes 3 does not autosave your progress which means it is essential that you locate these restrooms to manually save the game to prevent losing your progress. The game however does have checkpoints which means you won't be starting from the very beginning if you die. There game also has multiple manual save slots available which it is recommended that you make use of as t..
Although No More Heroes 3 doesn't have a particularly large open world to traverse, it is still useful knowing how to use fast travel in order to quickly find and complete a number of activities and battles that are within the game. To fast travel, you need to press the + button followed by the R button on your controller to cycle to where you want to go. You can access the fast travel menu when you are on the map by pressing the Y button on your controller. Remember though that you will only be able to fast travel between areas you have already unlocked, and not directly to the activity or mission within them. 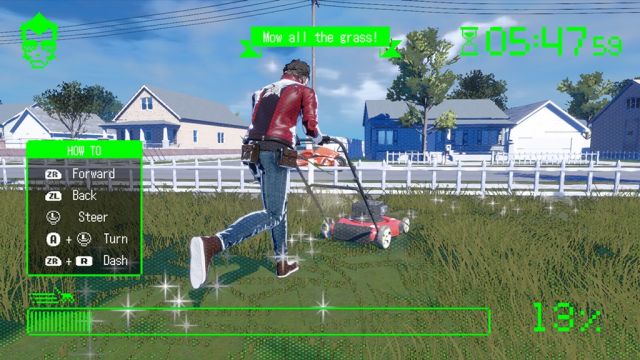 Play the Minigames to Earn Extra Money
If you are still short of money after clearing enough of the Designated Matches to get access to the chapter's boss fight, you can always earn some extra cash by keeping an eye out for NPCs that are scattered all over the various open world areas who need a helping hand. You will be able to see their locations by looking for '?' signs on the map, which in..
In No More Heroes 3 you will not be able to button mash your way to wins against enemies. From the first boss onward, this will not be an option, you will have to fight strategically and mix things up a bit if you want to beat them. The first boss for example has a ground-based attack that you need to jump over, otherwise you will be killed if it hits you two or three times. You will be able to evade this attack if you use your dodge move, which when timed properly will trigger a Perfect Dodge which will cause your foe to move in slow motion, allowing you to land multiple hits while they are trapped in a near frozen stance. The dodge move also works against some distance attacks, and it is crucial that you master it, as nearly every enemy you will encounter in No More Heroes 3 has both l.. 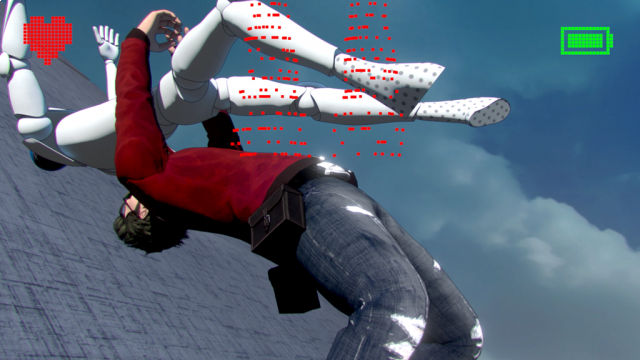 Perform Grapples to Recharge your Sword
In No More Heroes 3 grapples not only do more damage than most other attacks, they will also automatically recharge your sword when you perform them. A grapple is basically when you grab an enemy and slam them with a wrestling move. Make sure you grapple an enemy whenever possible in order to keep your sword charged, so it doesn't go limp during th.. 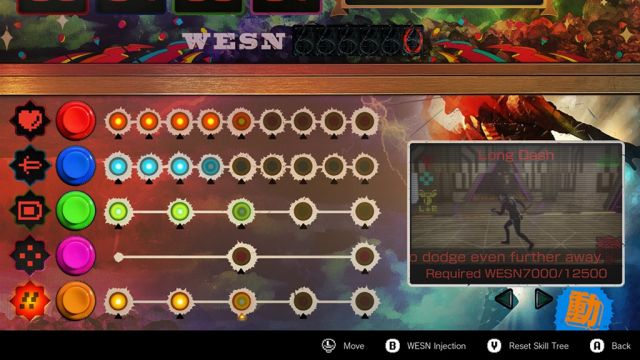 How to Increase your Stats and Learn New Techniques
Once you have gained a couple of places in the rankings, you will be able to access Dr. Noami's laboratory by sliding down the pole in Travis' room at the motel in Santa Destroy. In the laboratory there will be an arcade machine in front of a tree which you can interact with to power up your abilities and also learn new techniques. In order to i.. 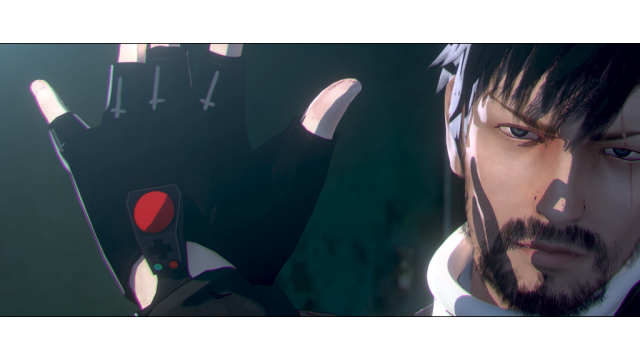 How to Craft Chips for the Death Glove
Once you have unlocked the option to travel down the pole in the back of Travis' room at the motel in Santa Destroy, you will be able to access Dr. Naomi's lab, which will unlock the Death Glove. In No More Heroes 3 the Death Glove is a system that allows you to tweak Travis' abilities by either equipping or creating Death Glove chips which provide a rang..
No More Heroes 3 has a New Game Plus mode which becomes unlocked when you complete the game. In New Game Plus mode you will retain all of your current skills and items, which enables you to replay the game again with more abilities available from the outset. Once you have completed the game you will be prompted to save your progress and when you do that particular save file will be marked with a star. When you then return to the title screen you will notice there is now a New Game Plus Option which if you select will bring up a prompt to select your clear save file before choosing a difficulty for your next playthrough.
No More Heroes 3 Questions & Answers
Our Latest Questions
How many minigames are there?
What is the best way to deal with multiple enemi..
How do you stun enemies?
See All Questions
Have a question for No More Heroes 3?