The story in each title remains the same. Ninja Gaiden Sigma sees Ryu Hayabusa seeking revenge for the raid on his village by Doku, who also stole the Dark Dragon Blade. Ninja Gaiden Sigma 2 has Ryu working with Sonia, a CIA agent, in order to stop Elizebet, the queen of the Greater Fiends, after Hayabusa Village's Demon Statue is stolen. In Ninja Gaiden 3: Razor's Edge, Ryu works with the Japanese Self-Defense Force to battle a terrorist group but is subsequently cursed by their leader, the Regent of the Mask. Ninja Gaiden Master Collection is available on PlayStation 4, Xbox One, Switch, and PC. Take a look at our tips to get help in the game. 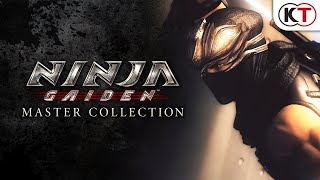 Ryu is proficient with many traditional Chinese weapons in the Ninja Gaiden series, and one that plays an important role during battle is the Shuriken. The Shuriken, sometimes referred to as a throwing star, is a projectile that can be used from afar to stun an enemy, so you open them up for a devastating strike. Shuriken's can also be used mid-combo during a fight to lengthen the number of attacks you can deliver to your adversary. In Ninja Gaiden a Shuriken can be found in the alley next to Han's Bar, it is a reward for passing a test Ayane gives you. In Ninja Gaiden II a Shuriken is found in Ryu's childhood friend Kureha's room during Chapter 11.
The 'Flying Swallow' technique is a skill Ryu can learn that enables him to jump into the air and slash through several enemies if they are close together, quickly as he lands. This is a lethal skill that will quickly decimate enemies in his way, in most cases by decapitation. Once you have mastered the 'Flying Swallow' technique you will be able to take down groups of enemies at once as you will be able to quickly recover and combine it with other attacks.
Take a look at the video below to see several combat tips in action from the Ninja Gaiden Master Collection. These include the Wall Run, Flying Swallow technique, Guillotine Throw, and how to use Shurikens. 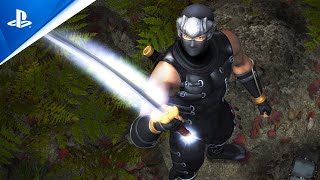 Combat Tips Video
Ryu Hayabusa can unlock the Shadowless Footsteps ability, which is better known as wall running. It is a basic skill that allows Ryu to run along walls and jump a gap to reach another area. You will be given the option to unlock this ability early in the collection, and it is an essential skill to have as it enables you to efficiently re-position yourself in battle. It also comes in extremely useful outside of combat when you need to reach secret locations to obtain items.
The Guillotine Throw is a great skill to obtain for Ryu. This is a strong ability that enables you to quickly eliminate enemies by grabbing their neck and tossing them to the ground or against a wall. Having the Guillotine Throw will also allow you to move adversaries around the battlefield, which can be vital when you need some breathing room during a tough fight.
Ninja Gaiden Master Collection Questions & Answers
Our Latest Questions
Is the Ninja Gaiden: Master Collection a remaste..
Does Ninja Gaiden: Master Collection have online..
Will Ninja Gaiden Master Collection be on disc?
See All Questions
Have a question for Ninja Gaiden Master Collection?