Play Story Mode First
Consider playing Story mode first as doing so will give you the chance to play through plenty of different fights using most of the playable characters in the game. This will also give you the opportunity to get acquainted with the roster and pick your favourite characters. It should take you about 5 hours to complete Story mode.

Use Quick Reference Combos
Even if you go through the tutorial it is still going to take you time to get used to the fast-paced mechanics of the game and you will often feel pressured to rely on the basic punches, kicks and grabs which will limit you considerably. You will be able to increase your damage output and move versatility by checking the quick reference combos in the 'Pause' menu in order to learn some easy combos.

Use your Fatal Blows
Fatal Blows in Mortal Kombat 11: Aftermath are ultra violent moves which do a massive amount of uninterrupted damage if they land. When your health falls below a certain threshold the game will prompt you to use your Fatal Blow. Make sure that before you perform it you look for an openng that your opponent can't block. Don't let an opportunity to use a Fatal Blow fall by the wayside as they can sometimes completely turn the tide of battle. 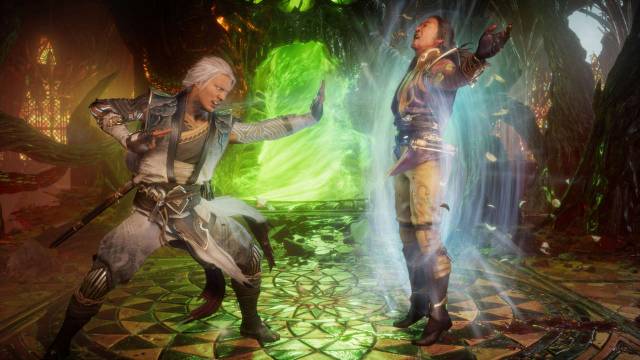 Mix Up your Attacks
It is essential especially when fighting AI controlled opponents in the story that you don't continually use the same moves as the computer learns patterns fast and will punish you for being repetitive. Make sure you always mix up your attacks using a variety of different moves in order to prevent the computer blocking your moves and retaliating with ease.

Fight Close-Quarters
In Mortal Kombat 11: Aftermath close-quarter combos are more effective than ranged projectile attacks. Combos are usually started during close-quarters combat and you will be able to ruin your opponents combos and special attacks with adequately-timed blocks, grapples, and throws.

Don't Waste Time Grinding
To unlock new items in Krypt and Tower modes will require a lot of grinding which is not fun and and is not worth the time invested. You are better off playing through Story mode and then jumping online than wasting your time toiling away trying to unlock items.

Join us on Discord
Are you an expert in this game? Can you help Mortal Kombat 11: Aftermath players?
Reviews
No reviews listed yet.