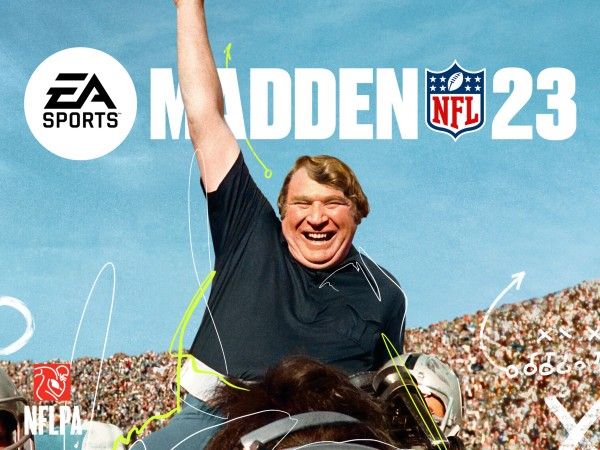 Madden NFL 23 Cheats and Tips
Madden NFL 23 is available on PlayStation 4, PlayStation 5, Xbox One, Xbox Series X and PC. Take a look at our cheats and tips to get help in the game. Madden NFL 23 is an American football game based on the National Football League (NFL) and is an installment of the long running Madden NFL series. You call the shots from the front office as you lead your Madden NFL 23 Franchise to the top. New athlete motivations like salary demands factor into contract negotiations and add to the drama of NFL free agency.

- Face of the Franchise
Play your way into the history books in Madden NFL 23. The League drops you into your fifth NFL season, and you're seeking a fresh start as you negotiate a one-year deal with a new team and strive for a legendary career. 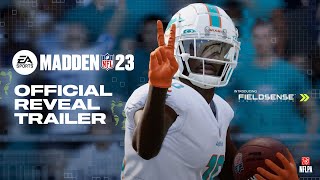 
Below is a collection of hints and tips that will help you to progress in the game. These include why it is important to identify the secondary coverage and why you should take advantage of the hit stick:

Make a Note of Successful Plays


Not every play you call will be successful the first time you try it, so it is recommended that you give them at least ten tries so that you can take into account mistakes and effectiveness against different types of plays. After continually trying the play a pattern will emerge, if it is an offensive play it will either reliably gain you decent yardage or continually get stopped by the defense. Once you discover the best plays for your team you can skip any 'recommended' plays you know don't work well and stick to what you know does. This goes for both offense and defensive plays.

Switch to Coverage for Interceptions


Keep in mind that the AI-controlled cornerbacks in NFL Madden 23 are slow and not particularly good at catching and will be easily outplayed by any given receiver. To therefore prevent easy touchdowns switch to coverage the instant the ball is thrown by the quarterback and hold onto the right trigger of your controller to sprint. Then once in position, tap the top button of your controller (Triangle on PlayStation or Y on Xbox) to increase your chances of intercepting the ball.


Keep in mind that running and passing has been balanced out in NFL Madden 23, so you will no longer be able to have an elite running back who continuously grinds out chunks of yardage play after play behind decent offensive linemen. To be successful now regardless of whether you are playing against the computer or another player you will have to keep the defense guessing by having a mix of running and passing plays.


Use the Hit Stick to Create Turnovers


If you are playing defense you should look to use the hit stick to inflict brutal hits whenever possible in order to try and make the ball carrier fumble the ball, so your teammates have a chance to recover it for a turnover. To tackle an offensive player hard you need to tap the right thumbstick in their direction. Crunching tackles can also injure players and knock them out of the game which is something that can give you a significant advantage if you take out your opponent's best players.


Madden NFL 23 Questions & Answers
Our Latest Questions
Why when I select live play books in online vs m..
What does it mean in franchise league transactio..
Do rookie premieres this year work like past yea..
See All Questions
Have a question for Madden NFL 23?
Achievements & Trophies

There are 22 trophies for Madden NFL 23 on PlayStation 4.

Join us on Discord
Are you an expert in this game? Can you help Madden NFL 23 players?
Reviews
No reviews listed yet.