Madden NFL 22 is an American football game based on the National Football League. The latest installment in the long-running Madden franchise features a more detailed staff management and skill tree progression system, with comprehensive weekly game strategy that integrates your game plan. The Yard is back with a new challenge-based Solo campaign, and you can now visit new fields located on beaches and mountain landscapes across the world, battle boss characters with unmatched NFL talents, and unlock celebrations and items for your avatar. Face of the Franchise also returns with more customization, as does Superstar KO with a co-op eliminator mode. Madden NFL 22 is available on PlayStation 4, PlayStation 5, Xbox One, Xbox Series X, and PC. Take a look at our tips to get help in the game. 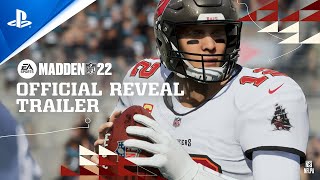 If when you get to the line of scrimmage you see a defensive formation you do not like, you can always call an Audible to change your team's play. Before you call an Audible, make sure your team are all present at the line of scrimmage. Then press the X button on Xbox or Square button on your PlayStation controller to bring up the Audible screen to change the play call. This is done by pressing left or right to call a play and then pressing the icon you'd like the new play call to be. 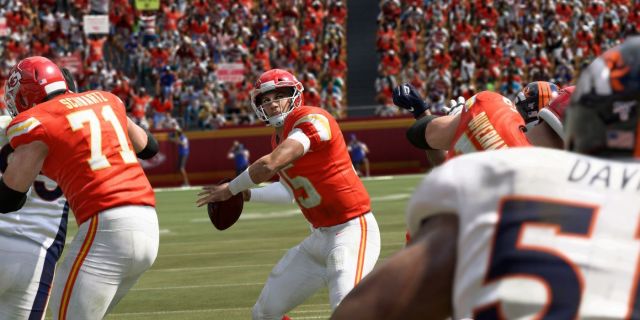 Don't Take Unnecessary Risks
It is inevitable that at some point during Madden NFL 22 you will have to take risks, this will probably occur when you find yourself chasing a game and need to make big plays to get back into it or are trying to keep a drive alive. If however the game is close you should look to minimize the risks you take, this means having the quarterback throw the b..
Make sure you always assign a player to be your QB Spy, typically a linebacker, to contain the quarterback and mirror their movements. Doing this is crucial if you are playing a team like the Baltimore Ravens who have Lamar Jackson at quarterback who will punish you by scrambling downfield for a big chunk of yardage if left unguarded. To assign a linebacker or another player to be your QB Spy, press the A button on Xbox or X button on your PlayStation controller while in pre-snap, and move the right analogue stick to the left. If you pull up the Play Art with L2 you will see a red ring around the player you selected, indicating that they are going to contain the quarterback on the play.
Trying to get a long pass to your receivers downfield can be tricky when the defensive line is looking to sack your quarterback. To slow these pass rushers down to give yourself the extra seconds you need for your receiver to run his route and the play to develop, press the LB (Xbox) or L1 (PlayStation) key on your controller while at the line of scrimmage to bring up a menu of options. Using the right stick, select your double team. Then, using the left stick, move it towards the defensive player on the line causing you the most problems and press A (Xbox) or X (PlayStation) to double-team them.
An expanded version of the Yard returns to Madden NFL 22 with a new system of challenges and rewards. Before each game, you are given three challenges to complete of varying degrees of difficulty. Each challenge offers it's own reward and includes currencies for spending in the game's stores, new cosmetics which are expensive to purchase otherwise, and new player cards for Ultimate Team. The objectives of the challenges do not take long to complete and are well worth tackling for their rewards.
Make sure you use halftime to make the necessary adjustments to your team to prevent your opponents from continuing to have any success they had in the second half. For example, if you have been giving up big runs to the outside for two quarters, you need to draw up a scheme that will emphasize protecting those outside running lanes but be careful that you don't create holes that leave you vulnerable to the inside runs as a result. Remember also that the opposing team can also make adjustments just like you.
American football is a complicated game and there is a lot to learn in Madden NFL 22. If you are a newcomer to American football or are not sure on certain aspects of the game and want to properly understand them, it is essential that you spend some time with the Skills Trainer. The Skills Trainer can be found under the 'Exhibition' tab at the main menu, and it will teach you everything you need to know about formations and concepts and at what time to use them during a game. It will also provide you with a crash course on NFL tactics, giving you helpful examples as it does so. Overall, the Skills Trainer does a great job explaining things and worthwhile spending time completing the drills it gives you as they reward you with some Ultimate Team packs for doing so.
It is recommended if you are new to American football or have never played a Madden game before that the first thing you do is change the settings by lowering the difficulty, doing this will give you an easier time getting to grips with the multitude of features the game offers. A good place to start on Madden NFL 22 is Arcade mode, where the teams are buffed and play is exaggerated, which allows you to perform superhuman feats of athleticism on the field. There is a setting called Competitive which will give you a more realistic experience and to begin with it is advised you play on 'Rookie' to keep the difficulty manageable. As you gradually become more comfortable with the different features in Madden NFL 22 you can begin to gradually increase the challenge to suit your level of gamep.. 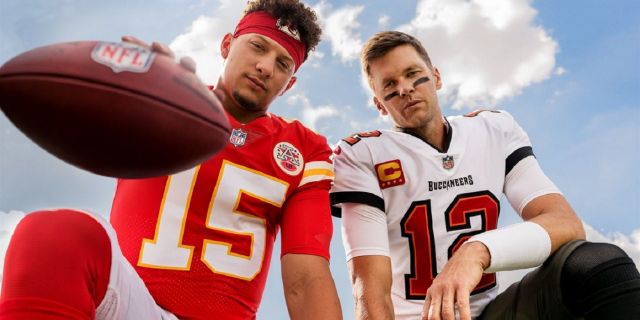 Top 5 Players in Every Position
Only five players made the 99 club in Madden NFL 22 - Patrick Mahomes, Davante Adams, Travis Kelce, Aaron Donald and Jalen Ramsey. There is still plenty of depth on this year's roster, listed below are the top five players at every position according to the default version of the game which was released on August 20th 2021. 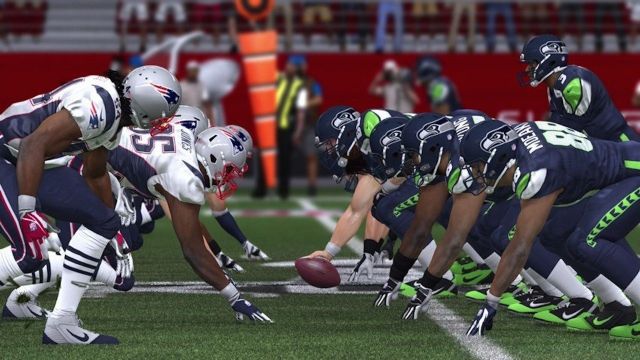 Use Plays that Work for You
There are plenty of different types of plays you can choose from in Madden NFL 20 and you will quickly discover your team for whatever reason will have more success with some of them than others. Make a note of the plays that work best for you on the field and then try to master them, then plan your offensive and defensive schemes around these plays.
Make sure you always assign a player to be your QB Spy, typically a linebacker, to contain the quarterback and mirror their movements. Doing this is crucial if you are playing a team like the Baltimore Ravens who have Lamar Jackson at quarterback who will punish you by scrambling downfield for a big chunk of yardage if left unguarded. To assign a linebacker or another player to be your QB Spy, press the A button on Xbox or X button on your PlayStation controller while in pre-snap, and move the right analogue stick to the left. If you pull up the Play Art with L2 you will see a red ring around the player you selected, indicating that they are going to contain the quarterback on the play.
An important aspect of American football is time management and your ability to control the amount of time you have possession of the ball, this can often be the difference between winning or losing a game. In most circumstances, if you feel there is an opportunity to score a touchdown and get 6 points, you should go for it. If however it is late in the game, and you have a comfortable lead there is no need to take unnecessary risks that could result in turning the ball over, it then becomes more beneficial for you to maintain possession of the ball and run out the clock by calling shorter passing plays with runs. Basically, keeping the ball out of the opposing team's hands will give them fewer opportunities to score.
Maintaining possession of the ball is crucial in American football, so it is essential that your ball carrier always protects it to avoid fumbles, which lead to turnovers. If your player is the quarterback scrambling downfield, you should slide to end the play before taking a big hit from a defender. To slide at the end of a run, you have to press the A button on Xbox or X button on your PlayStation controller. If your player is a running back who wants to get as much yardage as possible, you can make him cover the ball by holding the RB button on Xbox or R1 button on your PlayStation controller. 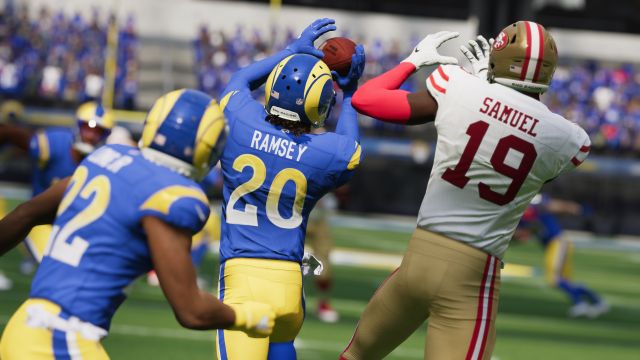 Spend Time in Practice Mode
Understanding team formations and the different types of plays is great, but you also need to know how to perform them proficiently during a game. Spending time in Practice mode will enable you to get better at them as well as test every adjustment, coverage, and settings in the game. Playing in Practice mode will also help you understand the field better and give you exp..
Madden NFL 22 Questions & Answers
Our Latest Questions
If you are in an online franchise with a friend...
Can offensive lineman become Xfactors without be..
Why does my madden 22 have same graphics and ani..
See All Questions
Have a question for Madden NFL 22?

Join us on Discord
Are you an expert in this game? Can you help Madden NFL 22 players?
Reviews
No reviews listed yet.