King's Bounty 2 is a turn-based tactical role-playing game that is a direct sequel to the first King's Bounty game, released in 1990. Kings Bounty 2 is set in the sprawling open world that is the Kingdom of Nostria as it is plunged into political chaos. You take on the role of one of three heroes and embark on a non-linear, open-world adventure across a detailed and densely-packed fantasy landscape filled with opportunity as well as dangers. King's Bounty 2 is available on PlayStation 4, Xbox One, Switch, and PC. Take a look at our tips to get help in the game. 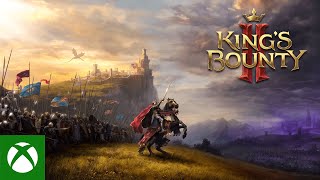 If you are playing as Katherine and walk/ride past the prominent broken statue in the center of New Tyrene she will comment about finding the missing arms for it. This is optional and not a side quest. You will be able to find the right missing arm to the southwest of the statue sitting on a bench. If you now go to the small house to your left, you will find a chest you can open for loot. The left arm can be found right next to the statue itself by going to where the wooden boards are that enable you to walk up to the statue, the arm is to the right facing the statue. 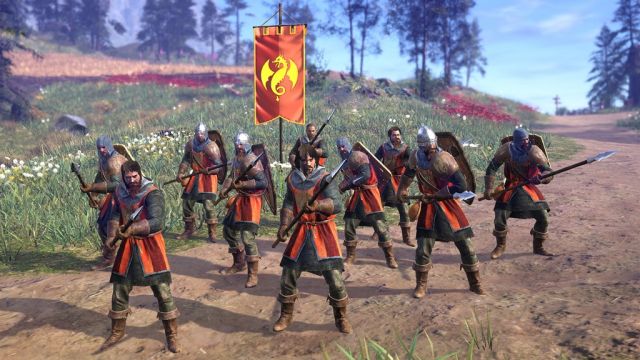 How to Boost the Morale of your Army
The units that you can recruit into your army will have their own stats, one of which is Morale. Having different groups of units under your command that have different Ideals, such as Anarchy Order or Power, can decrease the overall Morale of your army. If your army is composed of units that all share the same Ideals, it will provide a boost in the Morale of your army.
Your Character has the ability to learn different Talents as you progress through Kings Bounty 2. Whenever you level up in the game, you will be able to select from a pool of 40 talents to further boost your character. These talents are then further subdivided into categories based on your Ideals/Alignment. To acquire these talents, you must meet the necessary requirement, which will be determined by Ideal points. Basically, the more Ideal points you have for one type of alignment, the higher number of talents will unlock for that particular ideal. These Ideals force you to complete quests based on what you need. For example, if you have too many Ideal points in Order, you cannot pick Anarchy options for any quest. Later in the game you will be able to invest in opposing ideals, but to begin with it is recommended that you stick to those best suited for your character. 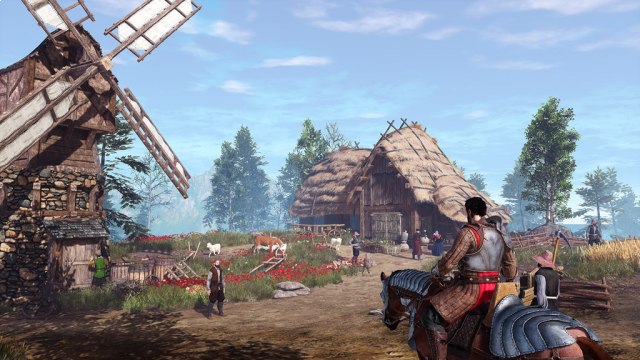 How to Fast Travel
You will not be able to traverse from one location to another quickly in Kings Bounty 2, so it is essential that you take advantage of the fast travel feature. In order to be able to fast travel, you need to interact with the steles that act as fast travel points. You can only teleport from one steles to another that you have already discovered, so make sure you keep an eye out for them, so you make traveling to and from destinations easier. If you look at the world map, you will see various icons, one of which refers to the steles you have already found. 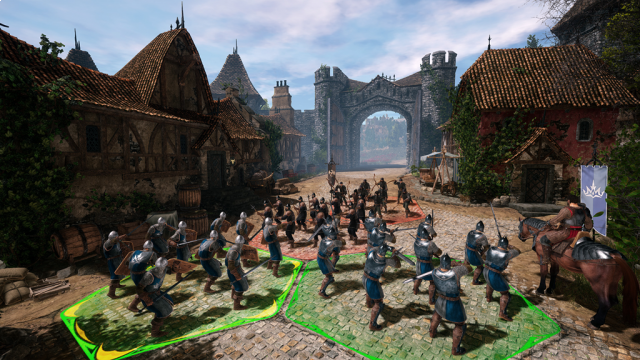 Always Heal After Battle
One habit which is important to establish in Kings Bounty 2 is to always heal your units after a battle is over. Failing to do so will mean your damaged units will be weaker when they engage in subsequent fights. In order to restore their health, you simply need to spend a small amount of gold. It is essential that you do this if you can afford it. It is important to remember that units affected by Lethal Wound, Execution or Blight cannot be revived.
In Kings Bounty 2 having a higher Leadership value allows you to have a larger army under your command. Whenever you level up in the game your Leadership value will increase a small amount, in order to level up you need to earn XP by completing both side and story quests and fighting as many battles as you can. You can also raise your Leadership value by interacting with specific shrines and wearing certain gears. The amount of Leadership your hero has will be indicated by silver crowns.
At the start of the Campaign in Kings Boungy 2 you are released from the prison in Fort Crucis and have to find your way in Nostira. As soon as you are released get your gear, your horse and your 3x Spearmen, then purchase a crossbow and recruit 3x Dogs of War. When you now progress a little further into the game, you will encounter a dwarf who will offer you a sidequest which you should accept and complete, as this will give you access to a pack of wolves and dwarves with great abilities for early skirmishes.
You are given the choice between three main heroes when you start out in Kings Bounty 2 and each of their styles of gameplay and personality are different. It is important for your enjoyment of the game that you select the character that best suits the way you want to play the game. Listed below are the three heroes along with their alignment and the perks you will receive if you choose them. 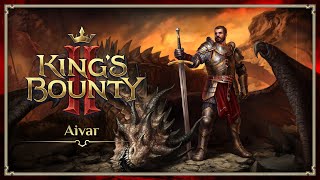 Aivar
Aviar is a warrior who used to be a knight of the Royal Guard. He specializes in raw combat power for his units. He is incapable of using magic.

- Alignment: 3 Power and zero in others.

- Perk 3: Retribution I
+5% unit damage for each wounded member. 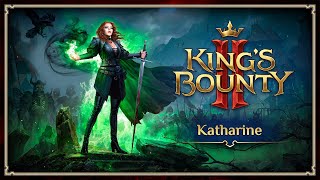 Katharine
Katherine is from a prestigious line of counts, her family rules the northern mountains of Nostria. She is an expert at using magic on the battlefield.

- Alignment: 3 Finesse and zero in others.

- Perk 1: Magic of Air and Fire I
Cast level 1 air and fire spells.

- Perk 2: Magic of Earth and Ice I
Cast level 1 earth and ice spells.

- Perk 3: Insidious Maneuver I
Attacking an enemy has a 25% chance to remove a random buff and apply it to unit.

- Perk 4: Finesse Balance I
Reduces morale penalty for Power ideal units by 1 when there are units of other ideals.