John Wick Hex is an action strategy game that is based on the John Wick movies that tell the story of a retired hitman seeking vengeance for the killing of the dog given to him by his recently deceased wife. John Wick Hex the game serves as a narrative prequel to the film series and is a timeline strategy game with elements of resource management. Your objective is to maneuver the titular character through a level on a hex-based grid, using various moves and actions to defeat enemies and avoid being hit by his foes. John Wick Hex is available on PlayStation 4, Xbox One, Switch, and PC. Take a look at our tips to get help in the game.

Plan your Moves
Don't approach John Wick Hex as if it were an action game. This game is all about methodical planning and decision-making, you need to think along the lines that it is a tabletop game and you are moving pieces around. While doing so you must consider your next move and it's potential repercussion. Every action costs time so you constantly need to determine what you can do and how long it will take while also considering what your enemies may do. Basically you have to think a few steps ahead and predict what's going to happen to make the best decision in the given situation.

Timing is Crucial
At the top of the screen is your timeline which will show you the time it takes to perform and the steps involved in the next move you are considering. It is important that you keep in mind when planning your next move that the vast majority of actions you want to make will require some preparation. These actions include aiming and winding up to deliver a punch.

Interrupt Enemy Attacks
You will encounter different kinds of enemies in John Wick Hex and all of them except bosses can be interrupted if you manage to hit them with any of your attacks before they attack you. As John is able to move a lot quicker than his enemies you should take advantage of this by interrupting enemy attacks whenever possible in order to avoid taking damage.

Take Advantage of Strike, Takedown, and Parry
In addition to his regular attacks John has the ability to Strike or Takedown enemies. When he performs either ability John's enemy will be stunned and unable to act for several seconds allowing you to follow up with an attack and not have to worry about what will happen. John also has the ability to Parry which is useful for interrupting enemies you are engaged in a melee with. A Parry is quick strike John is able to deliver before an attack arrives. 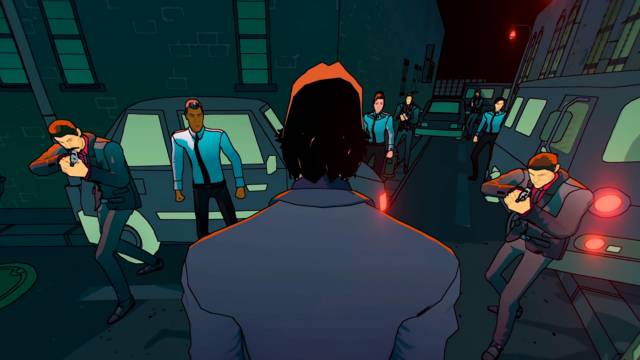 Line of Sight
Breaking line of sight is another way in John Wick Hex that you can interrupt an enemy attack. This basically means using his fast movement speed to avoid incoming attacks by moving in the right direction. You will not know for certain that you have broken line of sight until John has finished moving. It is recommended that you move and spin the camera to be sure you are moving the right way and far enough.

Swap Weapons
John starts the beginning of every location with his custom handgun, 15 bullets, and one extra clip which consists of 15 more bullets. You will n..
John Wick Hex Questions & Answers
Our Latest Questions
How do I get more health and more ammo
Are there any cheats for John Wick Hex on the Xb..
See All Questions
Have a question for John Wick Hex?
Achievements & Trophies

There are 32 trophies for John Wick Hex on PlayStation 4.

Join us on Discord
Are you an expert in this game? Can you help John Wick Hex players?
Reviews
No reviews listed yet.