Cheats, Tips and Questions for Grounded

Grounded is a first person, multiplayer, survival-advennture game where you are shrunk to the size of an ant and attempt to survive in a backyard filled with dangers. These include cockroaches, spiders, ants and bees along with environmental hazards like water, tall grass and large drops. Grounded is available on Xbox One and PC. Take a look at our tips to get help in the game.

An important tool in Grounded is the Axe as it is can be used for chopping and harvesting all sorts of resource materials like grass and small plants and can also be used as a weapon against hostile insects like spiders. In order to craft an Axe you will first need to gather the required resources, the items you will need are 3 Sprigs, 1 Woven Fiber, 2 Pebblets.

The Axe you craft will be the Pebblet Axe, although the Axe is not the strongest in the game it is still useful and essential for completing the Mysterious Machine quest where it is used to cut down obstacles blocking the lasers. 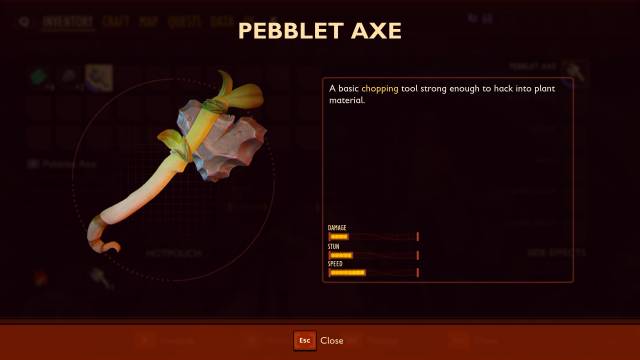 How to get an Axe
Makes sure that right from the get-go you pick up everything you find. The inventory space you are given in Grounded is generous compared to other survival games so do not worry about becoming overencumbered any time soon as you will be able to hold a lot more items than what you thnk. If you analyse anything new you have when you are at a field station there is a possibility that it will give you a new crafting recipe which will allow you to get better equipment. 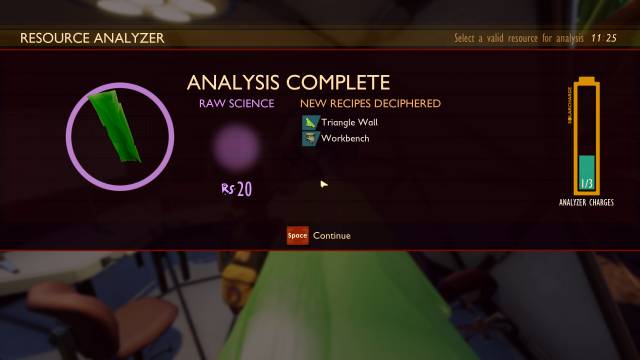 Collect Everything
In Grounded you will find an analyzer in each of the field Stations you come across. Analyzers can be used 3 times to analyze the resources you collect. After you have used the analyzer three times there is a cooling down period of about 5 minutes while you wait for the analyzer to start replenishing it's charge. If for whatever reason you do not want to wait you can always seek out other field stations and use their analyzer. It is essential that you analyze anything new you find as doing so will often give you additional ways to use them in crafting recipes.
An ideal strategy to take out large enemies early in Grounded is to craft a ranged weapon like a Sprig Bow, equip some arrows and fire them at the enemy from vantage points on top of grass and clovers. You can can craft the Sprig Bow by gathering the following materials: Sprig x3, Gnat Fuzz x4, Woven Fiber x2. Although sniping large enemies from above will make it difficult for them to reach you it is important that you do not forget that Spiders and Ladybugs are able to break down weeds which will send you crashing down below.

Grounded Trailer
The enemies you encounter in Grounded can vary from being passive until you engage in combat with them to instantly aggressive and will attack as soon as they see you. An easy way to determine whether the insect you have come across is hostile or not is to look at it's eyes. If the insects eyes are red it indicates it is on the hunt and is looking for something to prey on. 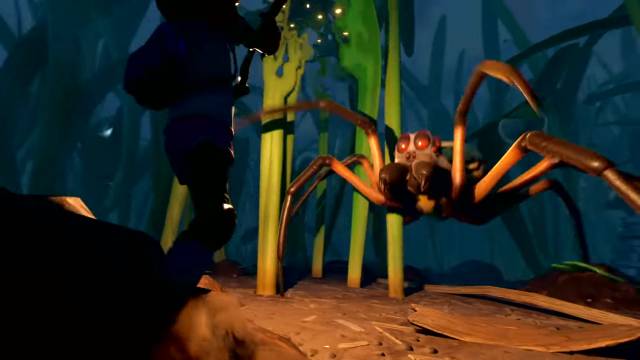 Beware of Hostile Insects
Important locations will automatically be marked on your map when you encounter them but not everything you find in the backyard will be marked. To mark the camps and lean-tos you build you will need to place custom landmarks using Trail Markers. These are crafted with two Sprigs, two Plant Fibres, and one Clover Leaf. Trail Markers are very useful as they can be used to indicate sources of resources like water or anything of interest you find.
As you would expect, it is al lot more difficult to find clean drinking water than it is to find dirty water in Grounded. Don't be afraid to drink dirty water as it will still quench your thirst, the only side effect you will experience is that you will become hungrier. If you have a good food source nearby this will not be a problem.
In Grounded there are two types of spiders, an Orb Weaver and a Wolf spider. Orb Weavers have yellow patterned abdomens and skinny legs while the Wolf spiders have big hairy legs and brown striped, they are also much larger. Some Spiders sleep during the day while others at night, if while exploring you hear a strange noise it will more than likely be a snoring spider. If you crouch and move slowly you should be able to get past it without waking it up.

Each type of spider has a different attack pattern, Orb Weavers attempt to web and bite you which you can avoid by strafing sideways while Wolf spiders will jump up for a dive-bomb attack which you can either block or run away out of range. Early in the game you should give Wolf spiders a wide berth as their attacks can kill you in one hit or heavily damage basic armour. If you plan on taking a spider down it is essential you have a good weapons and armour.

To kill a spider you will need a two-handed weapon like the Ant Mallet which will stun them if you hit them three or four times on the head. When a spider is temporarily stunned you will be able to either get a few free hits or charge up your attacks. You need to keep repeating this process until the spider is dead. Don't forget to loot the spider once you have killed it as you will be able to harvest their parts to make strong weapons and armour. 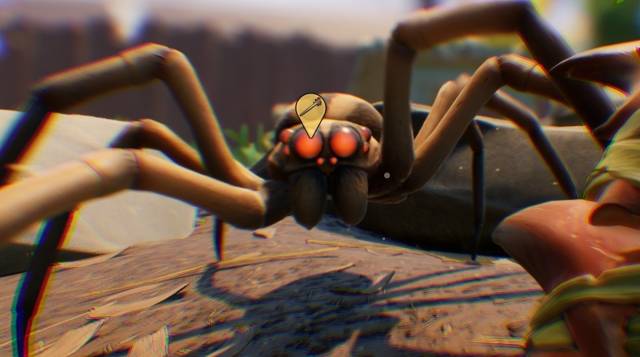 How to Kill Spiders 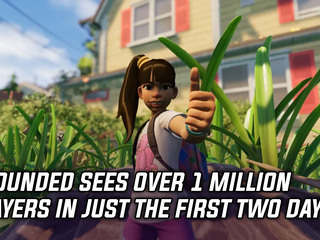 Grounded has seen over 1 million players in first two days

Grounded, the kid friendly survival game from developer Obsidian, has seen over 1 million players in just the first two days of it being available through the Xbox Game.. Read More

Grounded Questions & Answers
Have a question for Grounded?