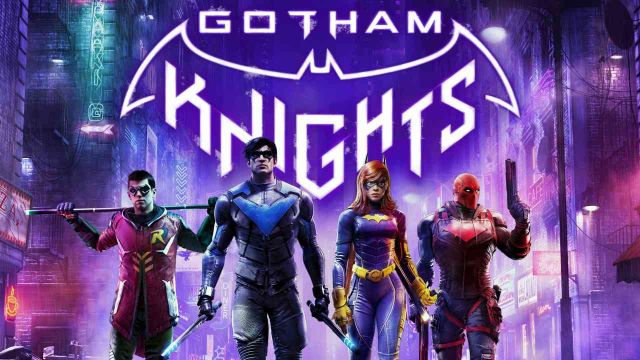 Gotham Knights Cheats and Tips
Gotham Knights is an open-world action role-playing game that is inspired by the Batman: Gotham Knights comic series which is based on DC characters. You play the role of one of Batman's four former proteges - Dick Grayson (Nightwing), Barbara Gordon (Batgirl), Tim Drake (Robin), and Jason Todd (Red Hood) as they attempt to restore justice to Gotham City during a period of decline in the immediate aftermath of Batman's death. While investigating Batman's disappearance, the heroes come into conflict with the ancient Court of Owls and their legion of assassins. Other super villains the heroes encounter include Mr Freeze, Harley Quinn, Clayface, Ra's al Ghul, Talia al Ghul, the Man-Bat Commandos, and Penguin. 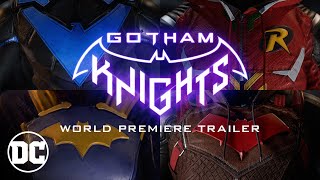 
Below is a collection of hints and tips that will help you to progress in the game. These include why you should switch between the four heroes and why you should unlock the Perfect Dodge skill first for each character.


Resist the urge to skip the training exercises that Gotham Knights offers you in the Belfry as completing 'Basic', 'Abilities', and 'Advanced' training will enable you to earn some XP as well as get to grips with the fundamentals of the game. Also, doing training with each of the four heroes enables you to get an understanding of the differences in their combat styles.

Although it is possible to play through the entire story from beginning to end as just one of the four heroes it is recommended that you instead frequently switch between them. Nightwing, Batgirl, Robin, and Red Hood each have different weapons, abilities, gear, skill trees, which means one of the heroes may be better suited for a particular mission than the others. Keep in mind that all the characters level up together regardless of whether they are being used which means you do not have to worry about unnecessary grinding.


Make sure you prioritize unlocking the perfect dodge mechanic for all the characters before anything else as it will enable you to dodge an incoming attack at the last possible second and perform a counter-attack that deals extra damage. Whichever of the four heroes you play as first will have the perfect dodge mechanic unlocked automatically as part of the tutorial. After the tutorial has ended, and you switch to any of the other three characters you will be able to decide how you spend your ability points at their skill tree.


When you encounter a group of enemies you should make a point of taking the time to scan them all before engaging in combat with them. In order to do this you need to hold down the AR button when hovering over each one until they are tagged. Doing this will help you during the upcoming fight as it allows you to keep track of their locations and prioritize who to take out first. The best strategy is to take down the enemies that have guns and projectiles first and then melee those remaining.


During combat watch for a circle icon that appears over an enemy's hand and a target on the floor beneath you as this signifies that they are about to launch a ranged attack at you. When this happens you have two options, you can either push the left stick of your controller in their direction and tap your ranged attack button in order to destroy the weapon before it is launched or if it is on its way you need to dodge out of the way before it hits you.

The same thing also applies to armed enemies who are targeting to shoot you, in their case a white beam indicates you can hit them with a ranged attack to interrupt them, but if the beam is red the weapon has been fired and you will need to dodge the incoming bullet.


When you scan a group of enemies there will be one which has a red ? (question mark) icon over their head. This indicates that they can be interrogated to get intel which will reveal new Premeditated Crimes that you need to complete to unlock the Knighthood abilities section.


Make sure before you leave the scene of the fight you collect any enemy item drops and health packs you were unable to gather during the combat. Health packs are usually dropped by the bigger enemies and are indicated by a floating white + (plus) icon. Also look to see if there is any Salvage you can pick up as this can be used for crafting and customization.

Level Up Faster to Access New Skills and Abilities


Most mission sections and Premeditated Crimes will display a list of objectives in the top left corner of the screen for you to complete when you enter the area. This list will often have one or more simple bonus objectives at the end and you should always complete these as they reward bonus XP to your overall total. If you continually complete them you will level up faster and get access to new skills and abilities earlier.

Always Check Cleared Out Areas for Chests Before Leaving


Always check to see if there is a chest nearby once you have cleared out an area. You should do this regardless if it is part of a mission, a Premeditated Crime or a random encounter as chests are usually found around those areas. You can quickly search an area by tapping the AR button to scan it, any chests in the area will show up in purple and will contain Salvage for future equipment crafting and customization of your gear. Keep in mind that once you leave an area any unopened chests there are lost forever.

Gotham Knights Questions & Answers
Our Latest Questions
Is level 40 the highest level
How do you customize your outfit?
What are the AR Investigation solutions?
See All Questions
Have a question for Gotham Knights?

Join us on Discord
Are you an expert in this game? Can you help Gotham Knights players?
Reviews
No reviews listed yet.