Cheats, Tips and Questions for FIFA 22

FIFA 22 is a football simulation game that is part of the FIFA series. The latest installment brings the game even closer to the real thing with with fundamental gameplay advances and a new season of innovation across every mode. Animations have now been motion-captured by some actual players and that helps movement feel so much more natural. Keepers react differently, players trip and fall after a particularly hard shot and the ball doesn't always feel it's doing the same thing. There are 17,000 players, 700+ teams, and more than 30 leagues including the UEFA Champions League, CONMEBOL Libertadores, and the brand new UEFA Europa Conference League. New features in FIFA 22 include Manager Rating, Dressing Room Atmosphere, and Player Growth. FIFA 22 is available on PlayStation 4, PlayStation 5, Xbox One, Xbox Series X, and PC. Take a look at our tips to get help in the game. 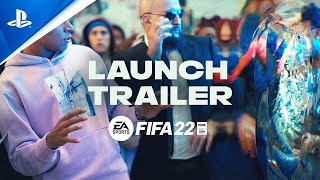 There is no best formation you can use in FIFA 22, you need to experiment with different ones, so you ultimately find the one that best suits your playstyle. If you are new to FIFA football, we recommend 4-2-3-1 as it is a great defensive formation as it allows you to use your CDMs (Central, Defending Midfielders) to help cover your defense. This then gives you the option of bringing on attacking fullbacks like Dani Alves or Jordi Alba which will add more pressure at the top of the box and make it difficult for defenses to deal with.
As soon as you get access to Ultimate Team, it is essential that you start grinding through your objectives, this is especially important if you're not planning to spend any money on the game. Prioritize the foundational tasks to begin with, as these are a good way to pick up coins and packs when you start out. Although you will not be able to trade some rewards they will still come in useful as you build your squad, those that you don't use will always come in handy for completing Squad Building Challenges.
Regardless of your tactics and approach, you will not be able to score a goal if you do not have possession of the ball. It is therefore essential that you maintain possession by continually moving the ball around the pitch amongst your players. Your objective while doing this is to feel out the opposition and try and pull them out of position, once they make an error and a space opens up you need to take advantage of the opportunity to strike on goal. 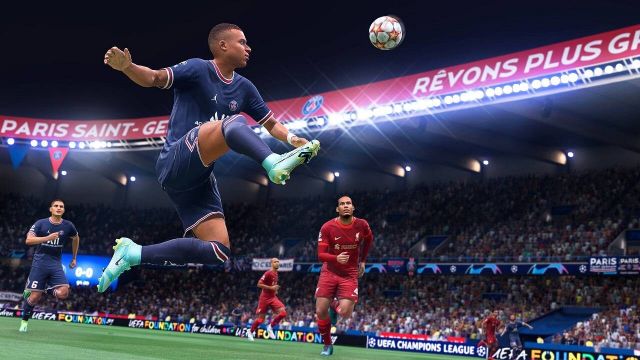 Top 10 Players in Career Mode
If you are more interested in taking on an established side rather than putting together your own, you will want to know who the best players are in Career mode with the highest potential. Listed below are these top ten players, the first score is their current rating, the second their overall potential score.

1. Kylian Mbappe (PSG) - 91 > 95
2. Gianluigi Donnaru..
The aerial game in FIFA 22 is more potent than previous games in the series, a well-placed lofted through ball can dissect even the tightest defense. To lift a ball into space, you need to hold the L1 button on your controller and press the Triangle button. Instead of playing the ball to your striker's feet, try to place it in the area ahead of them, so they can run onto it.
When you find yourself struggling to stop your opponent's attacker from getting through on goal, you will need to try to minimize the risk of them scoring. If you are familiar with the players your opponent is using, you can try and force them onto their weaker foot. You can also try and shepherd them out wide, so you force them to take a low-probability shot outside the box from a difficult angle. 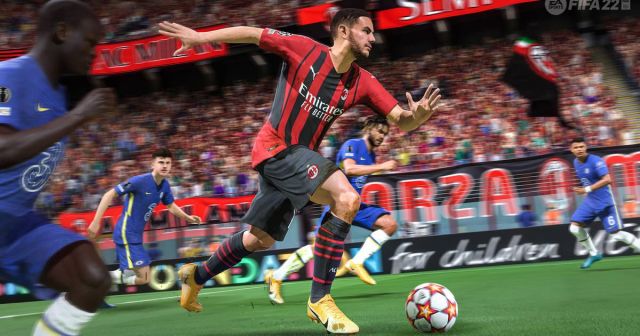 Switch the Play
Crossing is really effective in FIFA 22 so don't be afraid to switch the play from working the ball up the middle to out wide as doing so can not only create space but can also open up a defense by pulling them out of position. If your formation allows it, make sure your wide players are getting into the box in crossing situations, so you have options at both the near post and far post to exp..
You begin Career mode in FIFA 22 during the transfer window, which means you should immediately start scouting with your agents in order to find the best players available to flesh out your team. Pay particular attention to young players with strong stats, as these are good prospects which you can develop into superstars by nurturing them through training. If you want to find top-flight talent straight away without scouting, use EA's Top 1000 ratings database to quickly filter through the players to find the ones you need.
Try to learn a few skill moves which you can perform to beat opponents and gain a yard or two of space. Knowing these flashy skill maneuvers is vital for breaking down a tight defense. Moves like the fake shot can be particularly effective when you are one-on-one against a rushing goalkeeper, as it can sit them down and give you an empty net to shoot into. Take a look at the video below to see how you perform skill moves in FIFA 22.

One thing you should resist the temptation of continually doing is pressing R3 on your controller to 'Quick Sim' your training days. The reason why you should avoid doing this too often is that the grade you receive for simulating tends to be quite low and if you are playing on a harder difficulty setting you will want all the players on your team playing to the best of their abilities. It is therefore recommended that you play at least one or two training sessions a week to ensure your players are sharp on match day.
FIFA 22 introduces a change to Division Rivals, the online Ultimate Team mode of the game. Unlike previous installments this mode is now worth playing because now you are part of a seasonal progression system that resets every so often, even if you lose you still gain rewards for just playing matches and meeting milestones. The system also has checkpoints which prevent you from going further back from a certain point, and the qualification points you earn add up.
You will find that in most cases there is no need to commit to a standing or sliding tackle when defending, the most effective way to is to stay on your feet and jockey your opponent out wide using the L2 button on your controller. If you position your body correctly you will be able to stab the ball away and also block passing lanes as you shepherd attackers away from the goal.
FIFA 22 Questions & Answers
Our Latest Questions
Is it possible to create a player with 5 star sk..
I use a diffrent lineup in my squad for chemistr..
Best way to score?
See All Questions
Have a question for FIFA 22?

Join us on Discord
Are you an expert in this game? Can you help FIFA 22 players?
Reviews
No reviews listed yet.