Cyber Shadow is a side-scrolling action-platform game where the world has been taken over by synthetic lifeforms. A desperate plea for help sets Shadow, the sole survivor of his clan, on one last mission to uncover what started the path to perpetual ruin. Set in the ruins of the fictional Mekacity you play the role of Shadow, a cyborg ninja who sets out to rescue his fallen clan in a world overrun by synthetic lifeforms harvesting them for their powers. Cyber Shadow is available on PlayStation 4, PlayStation 5, Xbox One, Switch, Mac, and PC. Take a look at our tips to get help in the game. 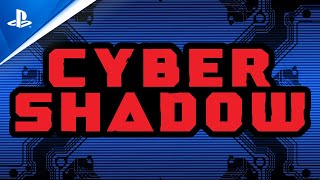 When you die in the normal levels of Cyber Shadow, whether from an enemy or a trap your progress before death is kept, this includes the puzzles you solve. You will though have to restart at the last checkpoint and the further you get into the game the further these save areas will be.
In Cyber Shadow there are various abilities (powerups) you can pick up as you progress through the game which you can then use in earlier levels to access areas in them that you couldn't before. These new abilities tend to be acquired later in the game and can be upgraded. When these abilities are upgraded additional functions become unlocked.

Shuriken
This is a throwing projectile that can damages enemies and turn on/off switches from afar.

Rising Fire
This ability throws fire projectiles that are particularly useful for taking down flying foes. They can also occasionally open paths you otherwise wouldn't be able to go through. Rising fire can deal devastating damage at close range.

Lightning Strike
The lightning strike allows you to strike enemies below you and bounce off them for strategic air-time. It will also add to your jump height.

Wall Slide
You will be able to slide to walls, whenever you bump onto them. Unlocks a multitude of traversal options in result.

Parry
Parry can be used to deflect incoming projectiles. The instant you deflect it, a stationary orb is created at the same spot. If you then attack that orb, it sends back the projectile in the form of a slash-like wave. Parry also replenishes your SP.

Sprint
While running, you have the option to slash forward. This will be a fair amount of distance and turn you invulnerable for the duration of the animation sequence.
Save Point (SP) capsules are scattered throughout the levels of Cyber Shadow. In some levels they will be everywhere while in others they will be hard to come by. Although you do not need to have full SP to get through most sections it is recommended that you refrain from using skills that require SP like the throwing star or upward fireball technique until you are desperate.

Keep in mind there will be instances where you will need a throwing star to activate a secret switch to get into a hidden chamber so make sure you do not use SP carelessly.
Aside from finding SP capsules in levels, you will also be able to buy SP at the checkpoints when you reach them. If you are running low on SP it is advised that you stock up as it will make things a lot easier. The throwing stars are particularly useful when clearing the way, especially when you encounter a dangerous enemy, as they allow you to take it down from a safe distance.
At the end of every level in Cyber Shadow there will be a boss which once you defeat will give you a powerup in the form of a new ability, these powerups can also be found in the middle of a level and will enable you to access ares you could not reach before. It is therefore important that you make notes or areas you can not reach and return to them once you gain new abilities in order to uncover secrets.

You will be able to do this via the green teleporter at the beginning of each stage. An example of this is getting a powerup directly to the left of the first teleporter once you get the wall jump ability.
Cyber Shadow Questions & Answers
Have a question for Cyber Shadow?
Achievements & Trophies

There are 41 achievements for Cyber Shadow on PlayStation 5.