Cheats, Tips and Questions for Chorus

Chorus is a space combat game set in the far future that is played from a third-person perspective. Take control of Nara, once the Circle's deadliest warrior, now their most wanted fugitive, on a quest to destroy the dark cult that created her. Unlock devastating weapons and mind-bending abilities as you explore ancient temples, engage in exhilarating zero-g combat, and venture beyond our waking reality. Chorus is available on PlayStation 5, Xbox One, Xbox Series X, and PC. Take a look at our tips to get help in the game. 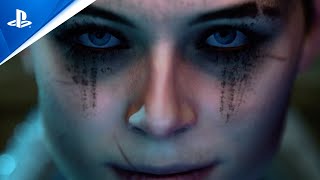 
Below is a collection of hints and tips that will help you to progress in the game. These include why you should wear headphones and why you should prioritize the mastery challenges early in Chorus.


It is recommended that you play Chorus with headphones in order to better hear the whispered dialogue when Nara talks to herself. It is important that you listen to what she has to say as it may be a cue into the next objective or enables you to learn of a critical point about Nara's backstory which will influence the decisions you make. Wearing headphones will also help you with spatial awareness during combat.


Make sure you prioritize the mastery challenges early in Chorus as these function as unlockable perks that are tied to the use of your various weapons and Rites, and reward you with bonus effects provided certain conditions are met. Each mastery challenge has up to five levels of benefits, so make sure you focus on getting to Level 5 first those that will be most useful during combat. Keep in mind when choosing mastery challenges that they can be completed in tandem, and you can track your progress in the Mastery menu.

Use All your Movement Options when Engaging the Enemy


In order to be successful against tougher foes in Chorus you need to make sure you employ all the movement options you have at your disposal in tandem when engaging enemy ships. This includes activating a boost to temporarily increase your movement speed, drift side to side to become a difficult target to hit, and perform barrel rolls which are capable of deflecting bullets that would otherwise damage you. Don't forget you can also teleport away from a situation altogether to avoid taking sustained damage.


As soon as the numerous hangers that function as in-game shops in Chorus open, you will be able to upgrade and modify your ship, from its weapons to its overall health and shield capacity. Keep in mind that credits are hard to come by early in the game, so you need to make sure you do not overspend. Your equipment is separated into three tiers, upgrades you should prioritize first are those that affect the speed of your ship, and the overall length of your Rite energy bar. Upgrades can be swapped on the fly once they have been purchased, you do not have to visit a hanger.


During her journey, Nara gains access to extraordinary abilities called Rites which provide a significant edge during the game's frenzied dogfights. Some of these Rites are useful in all situations, while others to be fully effective need to be used at just the right moment. Each Rite can be upgraded with Rite fragments to add even more status effects, opening up more combat possibilities. Listed below from best to worst are all six Rites.

Use the Right Weapon


A lot of your time in Chorus will be engaging in dogfights with other spaceships, where the outcome will often be determined by the one that has the better weapons or makes better use of the weapons it has at its disposal. You have three types of weapons from which to choose from - laser, gatling, and missile-based weapons. All three have stats that govern actions like overheat time, fire rate, and cooldown time, as well as its effectiveness against certain enemy defenses. Therefore, in order to get the most out of these weapons, you need to use the right one at the right time. Use laser guns to bring down enemy shields, then follow this up by using gatling guns to inflict massive hull damage. Missiles are particularly effective when used against slower or stationary armored targets like turrets. Keep in mind that some weapons come with additional perks that will improve their capabilities ever further.


There are three different ways in which you can heal in Chorus. One is by collecting the green health orbs enemies randomly drop, doing so will heal HP while the shield regenerates itself. Another way is by regenerating automatically outside of battle, there is no need to find a ship repair facility. The third way becomes available a couple of hours into the game when you are rewarded with your first nanomachine device. This piece of machinery will heal your ship and runs on a cooldown once activated. Keep an eye out from this point onwards for similar devices to make managing your health easier.

There are 43 trophies for Chorus on PlayStation 5.