Cheats, Tips and Questions for Chivalry 2

Chivalry 2 is a multiplayer first-person perspective slasher inspired by epic medieval movie battles. You are equipped with various Medieval weapons and all gameplay modes pit the Agatha Knights, who wear blue and white, and Mason Order, who wear red and black, against each other. The game includes Team Deathmatch and a Team Objective mode, which supports a maximum of 64 players. In Team Objective mode, one group must break into the opposite team's castle and eliminate their king, while another group is tasked to defend the castle. Chivalry 2 is available on PlayStation 4, PlayStation 5, Xbox One, Xbox Series X, and PC. Take a look at our tips to get help in the game. 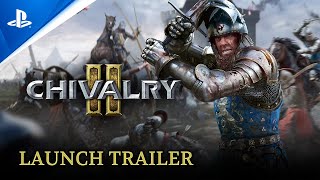 There are plenty of weapons to choose from in Chivalry 2 and using the right ones for your playstyle is just as import as having the correct class. The types of weapons available include longswords, axes, spears, claymores, and clubs. There is also a range of specialized weapons available for the sub classes which you can take into consideration. These include catapults, battering rams, ballista, trebuchet, and spike traps. It is recommended that play 'Free for All' in order to try out the different weapons to find which ones you feel most comfortable with
When your attacks are blocked in Chivalry 2 it will make you lose stamina which once depleted will cause you to drop your weapon and become defenseless. Don't worry too much if this happens, as you can pick up a new one on the ground from a defeated player. It is not only weapons that you can use in a fight, barrels and stones can be thrown, fired ballista weapons can be picked up and if things get really desperate you can grab the severed limbs of fallen players and use it as a club.
It is important to remember that in Chivalry 2 you can only parry attacks from the direction you are facing, so you need to make sure you don't get surrounded as this will make you extremely vulnerable to attacks that come from the side and back. The best strategy when you are in battle is to maneuver yourself to the edge of the fight and use your weapon's maximum range. Unless you are playing as the knight who is heavily armored, you will not last very long if you fight in the middle of a crowd.
In Chivalry 2 there are four different types of classes and knowing how to recognize them will give you an advantage in battle as some class weapons do more damage to certain classes. The four classes are Knight, Footman, Vanguard, and Archer, and each has their own fighting style and place in battle.

Of the four classes Knights have the most health and armor, and they can deal a lot of damage, their downside is they are slow and cumbersome. Footmen are similar to knights, but though they have less armor and health, they have increased speed to compensate. Vanguards are well-rounded and offers a balance of high damage and maneuverability. Their weapons are primarily two handed, which gives them the benefit of melee range over most opponents. Their low health however makes them vulnerable. Archers are deadly with a bow and are the only ranged class. They are at their best when playing a support role at the rear of a battle, firing arrows at enemy units from afar to thin their numbers. Although the archer class is fast and nimble, they also have the lowest amount of health, making them poorly-suited for any melee combat. The easiest way in which to identify the four classes is by examining their weapons and armor. 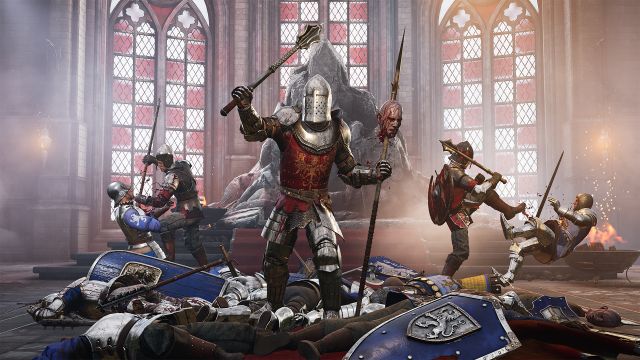 Learn to Identify Classes
Although it is tempting, you need to refrain from recklessly swinging your weapon around like a madman in the midst of a crowded battle as the likelihood is you will also damage your allies. This is something you want to avoid happening as it will not only put your team at a disadvantage, but it will also see you punished by having points deducted from your score. To help prevent accidentally causing friendly fire, you should just use overhead attacks and stabbing and not slashing when you are fighting amongst a crowd shoulder-to-shoulder with your allies.
Chivalry 2 is a brutal, unforgiving game which unless you understand the mechanics of it you will not last long in battle. It is therefore recommended that you practice your fighting skills first in order to become competent. A good place to start is the 'Free for All' option, which is a battle mode where all players fight each other. When you are killed in this mode, you will respawn near to the battle, so you won't have to go far to rejoin the fray. Playing 'Free for All' mode also gives you the opportunity to try out different classes and weapon types, so you can find the ones that best suit your playstyle. Once you feel you have got to grips with the game, you can start playing he Team Deathmatch or Team Objective game.
Chivalry 2 Questions & Answers
Our Latest Questions
What is the best class for placing traps and bar..
Which class has the best melee range?
What is the best class to play as an assassin?
See All Questions
Have a question for Chivalry 2?