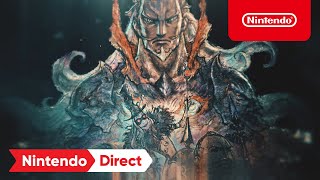 Each character in Bravely Default can have two jobs equipped at once, this is the main job plus a sub-job. Although the character will only be able to gain Job Points (JP) and level up during battle through the main job they can still access all the active skills of the sub-job in combat.

Therefore, you should experiment combining different jobs to find out what works best for your play style. Begin by combining two magic-related jobs, such as White Mage and Black Mage. It is important that you make sure you have one character in your party who has the Freelancer sub-job so they can still examine enemies in battle.
As you progress through Bravely Default 2 you will encounter several harmful statuses such as Poison, Confusion, and Blindness which enemies you encounter can use to affect your party.

Although there are certain jobs that will enable you to learn skills that can cure these status ailments it is recommended that whenever possible you visit shops and purchase different types of curing items, so you have a stock of them in your inventory. Phoenix Downs is particularly important as it enables you to revive a fallen party member during battle.
Asterisks in Bravely Default 2 are required to get new Jobs and are obtained after defeating enemy Asterisk bearers. Upon victory, you will be able to unlock that Job for your party which will result in increased options for character classes as well as more Job combinations.

Defeating an Asterisk bearer in order to claim their Asterisk as your own is not an easy battle to win, and you must be prepared accordingly when you fight them. You will find Asterisk bearers scattered throughout the world map as you progress in the game.
Keep an eye out for the NPCs that you come across that have blue speech bubbles above their heads as this indicates an optional side quest. There are 10 side quests in total in Bravely Default 2, and they are worthwhile doing for the rewards you can earn from them. Use the travel feature in cities to quickly teleport to previous cities you have explored to see if there is an NPC offering a side quest. Listed below are the 10 side quests along with the reward each offers.

One Boy's Quest
Rewards: Ec..
Make sure during the early parts of the game when you are out in the world map you make liberal use of your sword to cut down grass and trees as doing so will enable you to earn money, weapons, armor, and useful consumables. You do however need to pay attention while chopping away as there may be an enemy hiding in the trees, or you stumble upon a bush that is a slightly different shade from the rest and it turns out to be an enemy.
One of the most beneficial things you can do early in Bravely Default 2 is max out the Freelancer job for all of your party members as soon as you can. The reason you should do this is that at Level 9 you will unlock the JP Up ability which increases the number of job points that can be earned by 20 percent and then at Level 12 you get the Up and Up ability which increases earned job points by 50 percent. If you then equip both of these abilities it will give you a 70 percent boost to any earned points which will help you considerably when it comes to levelling up new jobs. Having a fully leveled-up Freelancer will also enable you to get a substantial stat boost as the job's second perk basically gives a bonus to stats based on how many other jobs you have mastered.
Freelancers have an essential skill that at least one party member needs to have called Examine which when used on a new enemy you encounter will reveal the hidden stats that are under the question marks.

When you use Examine you basically scan the enemy to learn the amount of HP they have, weapon weaknesses, and elemental weakness as well as any resistances they may possess. Having this knowledge will enable you to exploit weaknesses to effectively deal them damage. To scan an enemy with Examine you need to press the X button on your Joy-Con controller.
Early in Bravely Default 2 you will be guided into accepting the side quest 'Borrowing the Boat' from an old woman NPC which will enable you to unlock the Boat Expeditions feature. You do not actually play these expeditions, they will only progress while your Nintendo Switch is in sleep mode. The maximum amount of time your boat can set sail for and earn you money, experience, and JP orbs while it is away is 12 hours. Whenever you know you are going to be away from the game for some time you should send your boat out to explore in order to maximize your earnings. Make sure you take advantage of this feature, especially if you only have limited time to play.
Resist the temptation to simply pickup the biggest, most dangerous-looking weapon in the item shop because the likelihood is you will not be able to wield it proficiently because it is too heavy. To avoid overloading characters with equipment that is too heavy for them you need to check their weight stat in your attributes page and ensure there are no Overloaded notifications on any weapons or armor you equip.
Make sure before you venture off to the second town (Savalon) you grind the experience required to master the initial set of jobs you acquire early in the game. You should not have too much difficulty doing this as you will be accompanied by Sir Sloan who deals with any problems you may encounter. Once you complete the prologue and head for the second town he leaves you.

One way in which you can grind JP in the prologue is to head north-east towards the Hydrangea Hills dungeon and farm the two Vesp spawns that are near the waterfall. Vesps drop monster bait called Insect Nectar which you can use near the spots where Vesps gather to guarantee quick and easy consecutive battles against them. Farming using this method will enable you to gain up to 2X JP at the maximum of five wav..
In Bravely Default 2 it is far safer and less hassle if you travel in the open field to your destination during the day. Unless you are looking to gain more battle experience it is recommended that you avoid travelling at night because this is when more monsters will appear.
The Freelancer job possesses a passive ability called Divining Rod and it is essential that at least one member of your party has it equipped at all times because whenever you enter an area this skill will inform you how many treasure chests are hidden there. This skill is extremely useful, although it does not tell you the exact location of the treasure chests it does let you know how many of these sometimes well-hidden items there are to find in towns and dungeons.
In Bravely Default 2 there are plenty of cutscenes, and you will be spending most of your time walking through forests, castles, ruins, dungeons, and caves. If you mess around with the settings of the game by doing the following adjustments you can save time by speeding things up.

By default, you have to hold down the B button on your Joy-Con controller to run but if you switch this setting you will instead move at a running speed and if you need to slow down to walking speed for whatever reason you simply press the B button. Also, by switching the text speed to 'fast' you will speed up the cutscenes by making the dialogue automatically advance. If at any time you want to revert to the default settings of the game you just need to press the L button.
Bravely Default 2 Questions & Answers
Our Latest Questions
How do you unlock the Bravebearer Job?
How do you unlock the Slave-Maker Job?
How do you unlock the Oracle Job?
See All Questions
Have a question for Bravely Default 2?