Bloodstained: Curse of the Moon 2

PC PS4 SWIT XOne
Add Stuff / Ask Questions
Thank you for printing this page from www.SuperCheats.com.Remember to come back to check for more great content for .

How to Unlock Everything Guide for Bloodstained: Curse of the Moon 2

How to Unlock Everything Guide

Unlike Bloodstained: Curse of the Moon the sequal has plenty of extras that you can unlock. In order to do so though you will have to play through the game several times. By completing episodes in Bloodstained: Curse of the Moon 2 different ways you can unlock new episodes or characters. Once you unlock a new episode, you can access it from a new save slot. You can reduce the number of playthoughs required to unlock everything by following this guide. 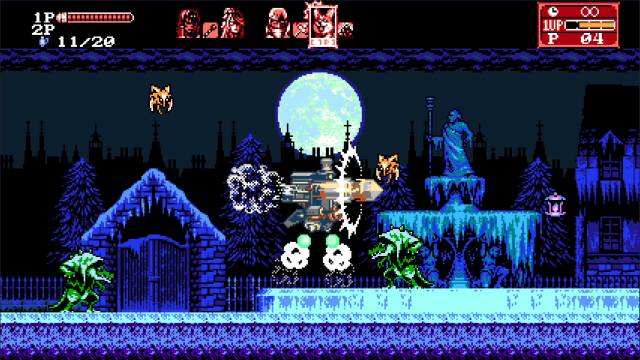 How to Unlock Everything Guide for Bloodstained: Curse of the Moon 2

Zangetsu will find three sacred swords (blue, red, and green) while completing the first three stages and if you present these blades to an altar at the bottom of a ladder in Stage 4 you will unlock Zanmatou. This holy sword will only slay demons and will do no harm to humans, you will need it to seperate Dominique from Mephisto and get the true ending of Episode 2.

The alternative is to return to your Episode 2 save file and use 'Stage Select' to pick up the sacred swords and go to the altar. Then use 'Stage Select' again to beat the final boss so you unlock the Final Episode straight away along with the true ending.

What you need to do is complete each stage and collect all 7 party members and all 8 magical items so you unlock the 'Zangetsu Mode Select' option. Once this feature is available you will be able to pick which of Zagetsu's abilities you want to use in any given run. This will also unlock 'Ultimate Zangetsu' which will give him every ability from the the previous game. These abilites will include runs, double jumps, slashes, and slash combos.

If you complete the Final Episode just using Zangetsu and no other party member you will unlock 'Single Character' mode. When you play this feature each character you use will face a different final boss and have a different ending. This means to see all the endings in Bloodstained: Curse of the Moon 2 you will have to play 'Single Character' mode 13 times (play through once for Episode 1, twice for Episode 2, once for Episode EX, twice for the Final Episode, and then seven times in single-character mode).

Bloodstained: Curse of the Moon trailer
Added By Dennis
Sep 16th 2020, ID#314| REPORT
Report
Please tell us why you are reporting this submission?