Baldur's Gate: Dark Alliance is a hack and slash style RPG that is set in the Forgotten Realms campaign setting of Dungeons & Dragons. Each act of the game takes place in a different region: Act I takes place in the city of Baldur's Gate itself; Act II in the Sunset Mountains; and Act III in the Marsh of Chelimber. A darkness is gathering in the sprawling port town of Baldur's Gate. Members of the deteriorating city have been found dead, people fear leaving home, and rumors abound of a thieves' guild civil war brewing beneath the streets of the city. You arrive in the town carrying little other than a sword strapped to your back and become all that stands in the way of the greatest threat ever to strike Baldur's Gate and the Sword Coast. Baldur's Gate: Dark Alliance (2021) is a reissue of the original game that was released in 2001 and has added 4k support. It is available on PlayStation 4, Xbox One and Nintendo Switch. Take a look at our tips to get help in the game. 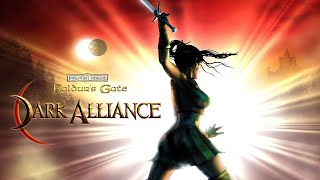 An important mechanics of Baldur's Gate Dark Alliance is your character's ability to jump. Jumping serves two useful purposes in the game, it enables you to get around quicker, and it allows you to jump past the seemingly impossible sections that you come across. Make sure you become familiar with this mechanic as you will need to be proficient with it if you want to progress.
The following cheat is basically God mode in Baldur's Gate: Dark Alliance and it can be performed on the Nintendo Switch by holding L, ZR, Left and X and then pressing + on the Joy-Con controller. If you have entered the cheat correctly, you will be given access to a special menu that will let you activate invincibility as well as warp to any level in the game. It is recommended that you don't play around with this cheat until you have completed the game as it was meant to be played. 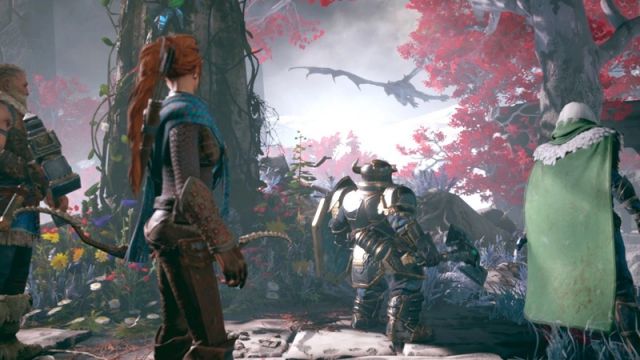 Invincibility and Level Warp Cheat
Early in Baldur's Gate Dark Alliance, most of your adventure will take place within Baldur's Gate itself or in the surrounding areas, so completing quests and returning to town in order to buy and sell items is not too much of a hassle. Later in the game you will need to journey further afield and returning to the town for the aforementioned reasons will still be necessary. It is then when you will want to use the Recall Potion, as it will enable you to travel back and forth from your current location to the nearest town in an instant.

You are given a very brief tutorial explaining how the Recall Potions work, but most players miss it, and it does not appear again. To use a Recall Potion, you need to enter the 'Pause' menu. Then from there, select the 'Recall' option. When you are ready to return, just choose 'Recall' from the pause menu again. Recall Potions is an important feature of Baldur's Gate Dark Alliance, so make sure you understand how to use it.
The following exploit requires two characters and two controllers and can be used to obtain decent gear for a character which they can then either use or sell for gold.

Although you need two controllers and two characters, you do not need two actual people to perform it. Every save in Baldur's Gate: Dark Alliance carries character data on it, and these characters can be imported wherever in the game. This means if you have a save in the third act of the game, for example, and your character has an inventory full of decent gear, you could import that character into a beginning file of the game with all the gear they had obtained. They then just need to drop the gear so that the new player can pick it up and either use it or sell it. You can repeat this process as many times as you desire.
Baldur's Gate: Dark Alliance is local co-op only and the best way to complete the journey is to team up with a friend. You can play the game solo, but you will quickly discover that it will be difficult trying to complete it alone. Although there is a choice of three characters at the start, the game is only for 1-2 players.
In Baldur's Gate Dark Alliance, you will be granted at least one Ability Point whenever you reach the next level in the game. You can then use them to select or power up an already acquired skill. Basically, the higher the level you reach, the more Ability Points you will receive. The game will encourage you to spend your Ability Points straight away, but it is not necessary to do so. You have the option to hang onto them and save them to get a more powerful skill if you feel your character will benefit from it earlier in the game.
The Gauntlet in is an additional level in Baldur's Gate: Dark Alliance that can be unlocked by successfully completing the game on any difficulty with any of the three characters. Once you have unlocked the Gauntlet you need to start it and do the level warp cheat back to the regular game where Drizzt will now be unlocked as a playable character. Drizzt is a drow and a great hero in the Forgotten Realms, he wields his trademark scimitars Icingdeath and Twinkle, and wears a Mithral Chain Mail.
Make sure as you progress in Baldur's Gate Dark Alliance you smash barrel's, boxes, urn's, or any other type of container you come across in order to find valuable items such as potions and gold inside. You will need to pay attention and be careful however and not just recklessly smash everything you see as the smaller barrels you come across need to be left alone as striking those will ignite them and cause them to explode.
You can level up your character instantly in Baldur's Gate: Dark Alliance for the Nintendo Switch by pressing L, ZR, X, Left and the right stick on the Joy-Con controller at any time during gameplay. Unlike in the 2001 original you will not be leveled up to level 20, but instead to 7 with an extra 124 Gold. Also, when you activate this cheat you Health and Mana will be increased to 150 and you will get +1 in all feats.
At the start of Baldur's Gate: Dark Alliance, you will be given a choice of three characters. These are Adrianna, the Sorceress, Vahn, the Arcane Archer, and Kromlech, the Fighter. The Sorceress and Archer classes both have a diverse set of skills that center around magic and arrows whereas the Fighter is just a damage dealer. Therefore, if you are playing on co-op it is recommended that you leave him out, he only has three attack moves in the game. Out of them, only one is useful.
Baldur's Gate: Dark Alliance (2021) Questions & Answers
Our Latest Questions
What is Extreme Mode?
Who is the best character to use in Extreme mode..
What armor should I buy?
See All Questions
Have a question for Baldur's Gate: Dark Alliance (2021)?